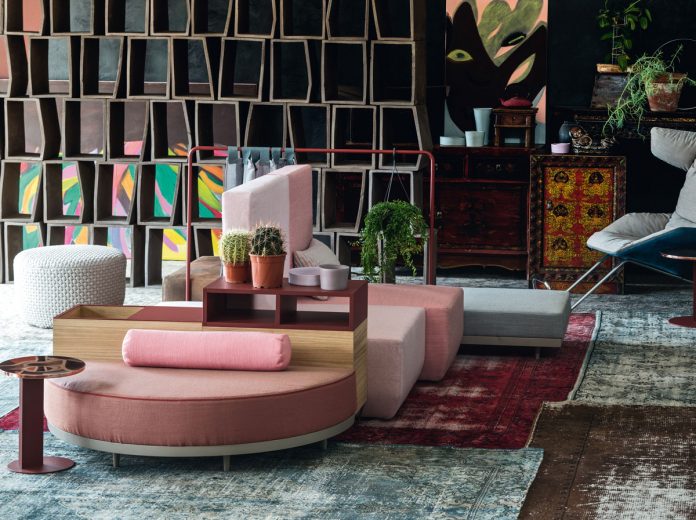 From Cologne (Orgatec) to… Cologne (IMM) and then on to Paris, Stockholm, Singapore and Shanghai, these are the first five stops that will be highlighting the world of furniture from January to March, presenting the brand new products, to “make a final sprint” in view of the first major (definitely the largest) milestone of the year, the Milan Salone del Mobile.

And the companies of the sector will deal with what everyone now calls the “Orgatec effect”, a legacy that has officially decreed the change of direction in the office furnishing sector and the overwhelming commingling between the work environment and the domestic environment, at all levels and for all budgets.

For the home, this is not a revolution but a trend to monitor. Harbingers of this ‘new wave’ have been some companies in northern Europe (Muuto and BuzziSpace), but also the Latin share of the Old Continent has had something of its own to contribute, Spain with Andreu World, Gan and Sancal and Italy with Arper and Lapalma and others besides. The newly announced collections of Moroso – Bikini Island and Tape – speak the language of contamination between the home and work.

This year, a luxury giant like Poltrona Frau has presented the Vertigo sofa of the EOOS collection; light and precious, which can be transformed into a double bed, but in its original form integrates perfectly into a corporate waiting room. The Fellini collection of sofas made by i4 Mariani is characterised by its flexibility: from elegant upholstered furniture for a living area to an equally elegant presence in a work context, simply by replacing the original armrest with a small table.

For lovers of rotundity, here is the sofa lounge èS by Twils, and Kristalia makes it possible to combine the indoors and the outdoors with the Brioni collection and its boundless modularity. Always a lover of conversation chairs, Antonio Citterio has signed Nodus for Maxalto, a curved sofa, light and important at the same time. From the pencil of Maarten Baas, Moooi presents Something Like This Sofa, where the decorative meets the essential. Bomb is a “gilet” armchair that Massimo Morozzi designed for Promemoria: ironic and colourful, Bomb is the link between home and those work environments that have made refined informality an element of recognition. This is just a sneak peek to announce what awaits visitors to the events that officially open the year of furnishing.