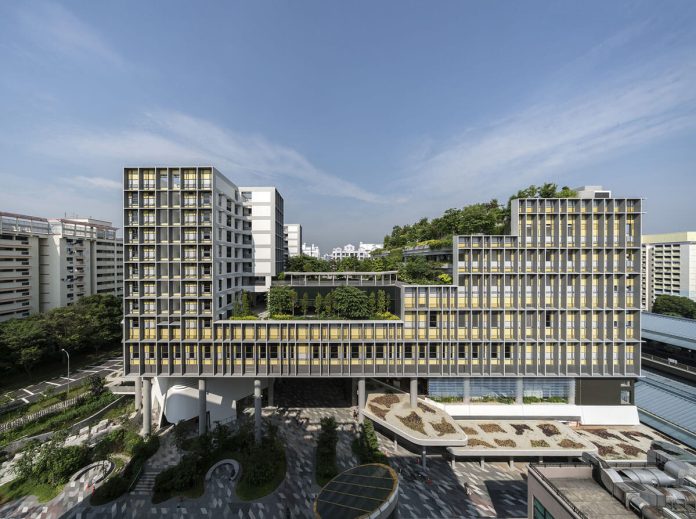 Kampung Admiralty in Singapore, designed by the WOHA studio, wins the World Building of the Year Award, the Oscar of Architecture. It is a building that combines in a single building a mixture of public facilities and services, with a series of commercial, residential and health spaces as well as community services, surmounted by vast green terraces, capable of generating biodiversity. The jury felt that this was a project that could be a lesson for cities and countries around the world.

The 2018 Future Project of the Year, which celebrates the best of the world’s un-built architecture, is the Masterplan of river parks/botanical parks in Medellin, Colombia, by Sebastian Monsalve + Juan David Hoyos. A project of great impact that aims at regenerating the vast river heritage of Medellin. The festival’s jury was deeply impressed by the quality of strategic thinking and by the vision of how urban spaces could be developed, used and inhabited.

BATLLE I ROIG Arquitectes win the 2018 Landscape of the Year thanks to their Pedestrian Path, along Gypsum Mines in Barcelona. It is a series of pedestrian and bicycle routes in the form of a green belt on the perimeter of the city. A “poetic response with minimal means”, the jury affirmed, who also praised it for its innovative use of materials.

The 2018 Small Project of the Year was awarded to Camilo Moraes for Piedras Bayas Beachcamp in the Atacama Desert of Chile. The sustainable and itinerant tourist resort is located in the unspoiled landscape in northern Chile and has made the most of the use of local techniques and materials.

In addition to these other Awards, a brand new one this year honours the city that hosted the festival, the Amsterdam Prize for the best building completed in Amsterdam between January 2017 and July 2018 (won by Benthem Crouwel Architects with North South Line). Among others, Architectural Photography Awards, Best Use of Certified Timber Prize (for the best use of certified wood), Use of Colour Prize, Glass Future Prize, WAF Research Programme (to promote the ideas highlighted in the WAFX Manifesto) and the WAFX Award (assigned to future projects that address the key challenges that architects will have to face in the coming years, covering different thematic areas: climate, energy and carbon, water, aging and health, reuse, smart cities, construction technology, cultural identity, ethics, power and justice, virtuality).

Among the numerous winners of the categories we shall mention a few.

For Culture The Piano Mill by Conrad Gargett in Stanthorpe, Australia for its perfect form.

For the Display category Arkitema Architects and the professor Christoffer Harlang are awarded for their Hammershus Visitor Centre in Allinge, Denmark.

For Hotel and Leisure (award supported by GROHE) the winner is SeARCH for the Hotel Jakarta in Amsterdam that sets itself apart for its modular construction in wood and its sustainability.

The Muku Nursery School by Tezuka Architects in Fuji City, Japan wins the School award for the idea of the platform on the roof that is used as a play area for the children.

Next Office wins the Future Projects category for their Sadra Civic Center in Iran that aims at creating a vital urban nucleus for a new city.

It is the same studio that also won the award for the Future House category for Guyim Vault House in Shiraz, Iran for a project that finds the balance between its traditional closed vaults and modern transparency.

Design is a flavor