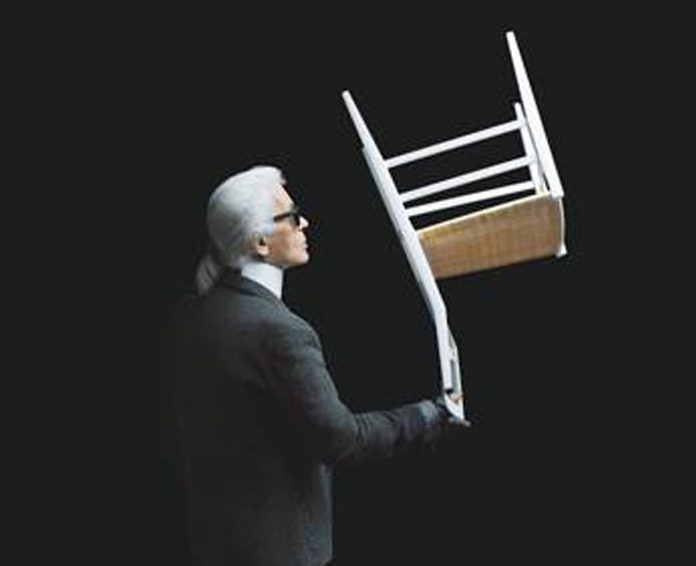 The book ‘Cassina as seen by Karl’ unveils the fashion designer’s unique perception and fresh vision of a selection of Cassina furniture that he personally chose to photograph from the most emblematic symbols of modern and contemporary design. The book, printed and produced by Gerhard Steidl in 2018, is presented within a space that has been brought to life by large format reproductions of Karl Lagerfeld’s photographs, with their contrasting colours, light, geometry and graphics, while screens display backstage

As a tribute to the project, five unique pieces of furniture produced by Cassina in black and white, including the Utrecht armchair by Gerrit T. Rietveld and the Tre Pezzi Wool armchair by Franco Albini, are presented in the showroom. These temporary editions will only be available until the end of 2019. A true lover of design and one of the most influential aesthetes of our time, Karl Lagerfeld collaborated with Cassina on this photographic project in 2013.

“I had never ‘worked’ on this kind of project. To visually reinterpret examples of perfect design is completely new for me, and therefore stimulating, exciting even.
I am also a fan of the Cassina ‘productions’ and for years I own many of the photographed pieces, often more than one. My first ‘order’ was the famous chaise-longue by Le Corbusier, Pierre Jeanneret and Charlotte Perriand in the 60’s…” Karl Lagerfeld.

The renowned publisher Gerhard Steidl was involved in the project right from the very outset, closely following the entire process of its production, right up to this year’s launch of the photographic publication ‘Cassina as seen by Karl’.
“Just as Cassina’s furniture pieces are multiples of the designer’s vision, Steidl books are multiples of the photographer’s work – in this case of Karl Lagerfeld’s modern and graphic pictures.
It’s been a pleasure to create a book that rivals Cassina’s furniture in terms of quality materials, craftsmanship and longevity.”  Gerhard Steidl.