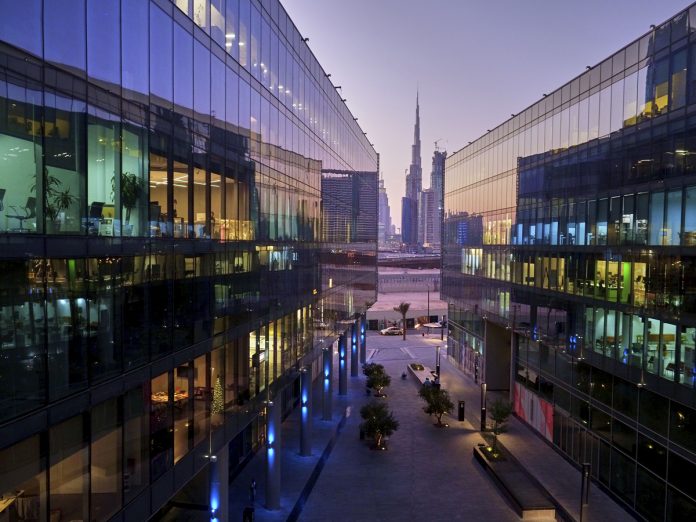 What makes a city a ‘design capital’? Dedicated exhibitions and design weeks? The international turnout and important figures that it attracts? The urban context that opens up and adapts to innovative design? Or a balanced combination of all these things?
If this is the ambition that defines Dubai’s identity, as well as its stated goal, then it must have asked itself this question. Clearly, it has found the answer, given that officially and in all respects Dubai can now be counted among the global cities of design.

The Middle Eastern city, which is now a metropolis, has striven in recent years to live up to this concept thanks to perfect synergy between its institutions – starting from the Dubai Culture & Arts Authority, Art Dubai Group and Dubai Design District – which has generated a widespread network of initiatives that aim to promote design and art, at both a regional and international level, in its most varied forms. This network culminates in Dubai Design Week (12-17 November).
The seven-day event (in its fourth edition this year) now comprises a circuit of 230 events spread between d3 and the city, involving over 120 companies and attracting 60,000 visitors, based on last year’s results. It is an explosion of creativity expressed through exhibitions, installations, pop-up stores, talks, workshops, awards and tours: in short, an immersive experience in design and its possible variations. The heart of the event is undoubtedly Downtown Design with its high-quality exhibitions. It is also open to designers in the region and for the first time it has been extended to include limited edition and bespoke design products in the new Downtown Editions section.

Starting in d3, which hosts most of the events and exhibitions, this design fever spreads to many destinations, including the Al Fahidi Historical Neighbourhood, Al Jadaf, Al Quoz, Al-Qudra, Jumeirah, Dubai Academic City, Knowledge Village, Sharjah – where the first edition of Fikra Graphic Design Biennial will be inaugurated – and the Alserkal Avenue area, a hub with a distinctly artistic character which, thanks to a major redevelopment project encompassing over 500,000 sq m, is now home to gallery owners, artists and design and architecture studios; here, the new Concrete pavilion developed by OMA is particularly noteworthy.

Design Week and Downton Design thus become an opportunity to rethink the concept of design by expanding horizons, both geographical and creative: space is devoted to young university students and academics at the Global Grad Show, to local talents at the “UAE Design Stories: The Next Generation from the Emirates” traveling exhibition and at the “Design+Making UAE” exhibition promoted by Tashkeel; alongside these shows, international design brand Vitra presents the “Original comes from Vitra” roadshow, while French design is on display at “Le French design – How innovation create History”.

Contamination, openness, flexibility, imagination and innovation: these are the terms that define today’s Dubai.

An office for outdoor use? The Gandiablasco challenge