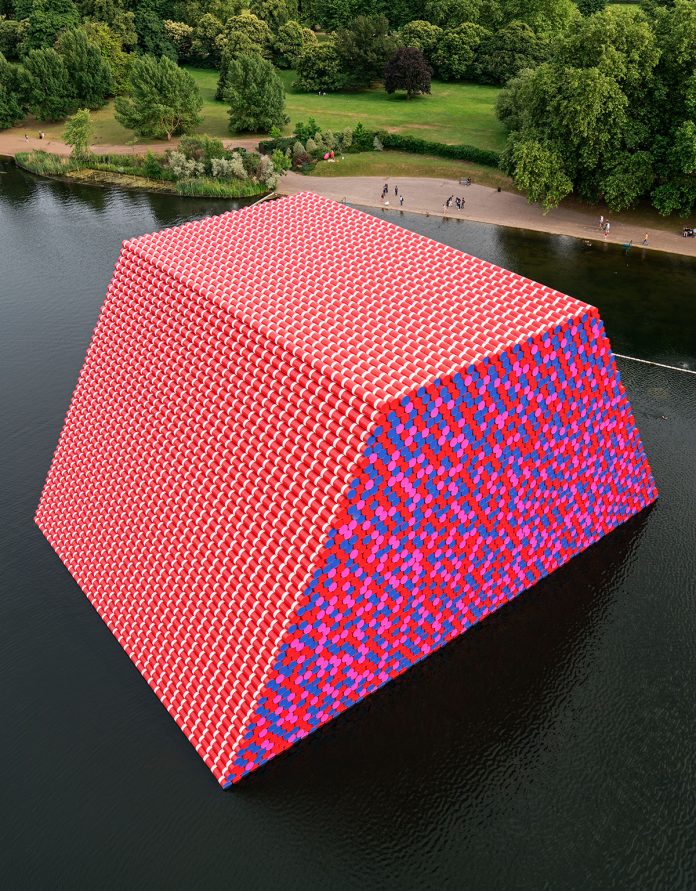 On show to the London public until September 23, when the London Design Festival comes to an end, The London Mastaba is the latest large urban work designed by Christo and his first public work in the United Kingdom. It was completed on the Serpentine Lake in Hyde Park in June for the Serpentine Galleries and the The Royal Parks. The monumental temporary sculpture occupies around 1% of the surface of the lake, weighs 600 tons and consists of 7,506 barrels painted in various colors. Its structure and name are inspired by ancient Egyptian tombs with a truncated pyramid shape. The complex construction work was carried out by a team formed of JK Basel, Deep Dive Systems, Coventry Scaffolding and Schlaich Bergermann Partner. It involved the erection of a floating platform – 20 metres high, 30 wide and 40 long – made of high-density interlocking polyethylene cubes and secured by 32 anchors that each weigh 6 tons. The barrels, which are held together in horizontal rows and supported by a steel substructure, have a bright red painted body interrupted by a white band and ends that are alternately coloured blue, purple and a different shade of red. In the artist’s own words: “The colors will transform with the changes in the light and its reflection on the Serpentine Lake will be like an abstract painting”.

To create the work, which was entirely financed by the artist, certified building materials were used that have a low environmental impact and can be subsequently recovered and recycled. In collaboration with The Royal Parks, after Mastaba is dismantled, Christo’s work on the lake will also become an opportunity to make improvements to the lake ecosystem and to the Serpentine Island, for example by creating new habitats, removing debris and treating water to reduce the growth of harmful algae. 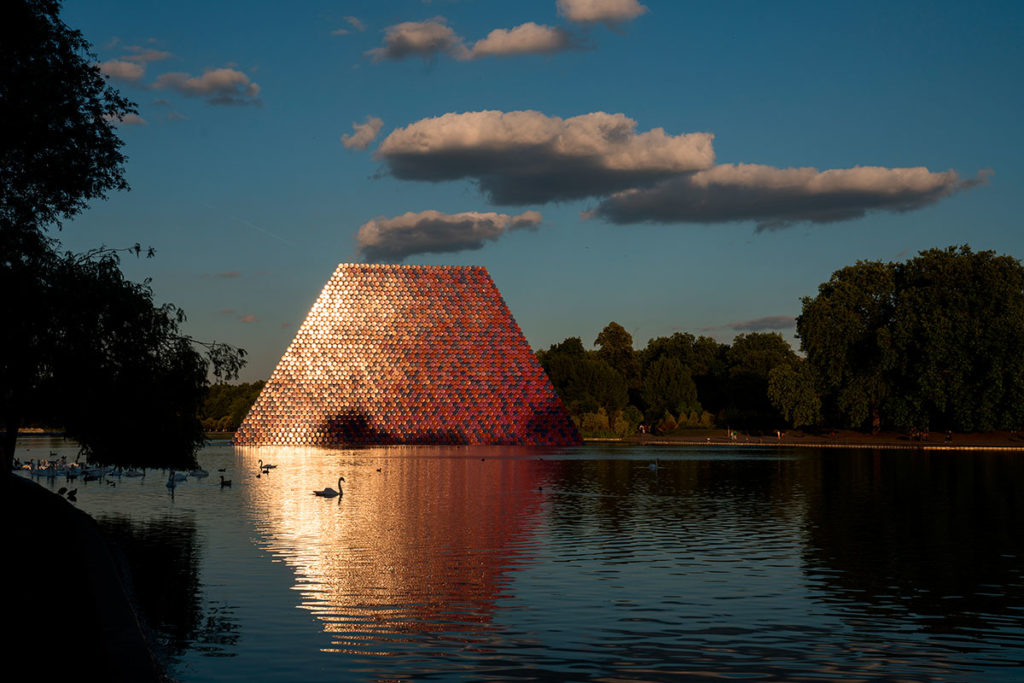 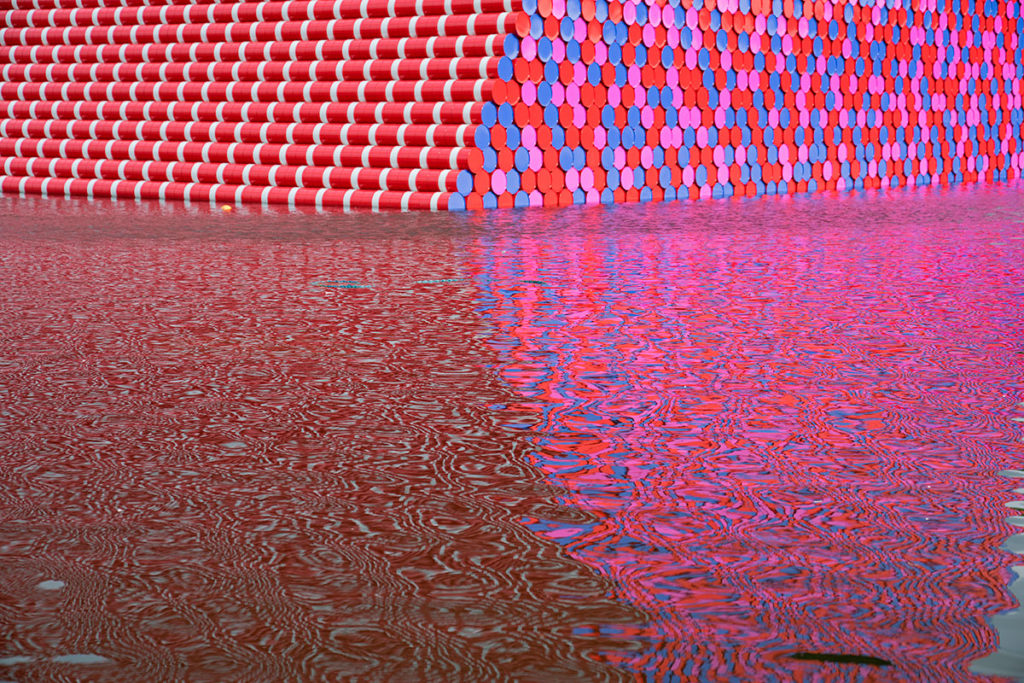 To better understand the sculpture on the lake and the work of Christo and Jeanne–Claude, his companion in life and art who died in 2009, the “Christo and Jeanne-Claude: Barrels and The Mastaba 1958–2018” exhibition was staged until September 9 at the Serpentine Galleries, which illustrated the enormous preparation and organization involved in their large-scale works with drawings, sculptures, collages, models and photographs. Since 1958, barrels have been a dominant feature in the works that the two artists have designed or created on different scales around the world, from the 1961 installation in the port of Cologne to the future project of The Mastaba in Abu Dhabi, a permanent work that was designed in 1977 and is still being prepared.

Gan: back to the essence