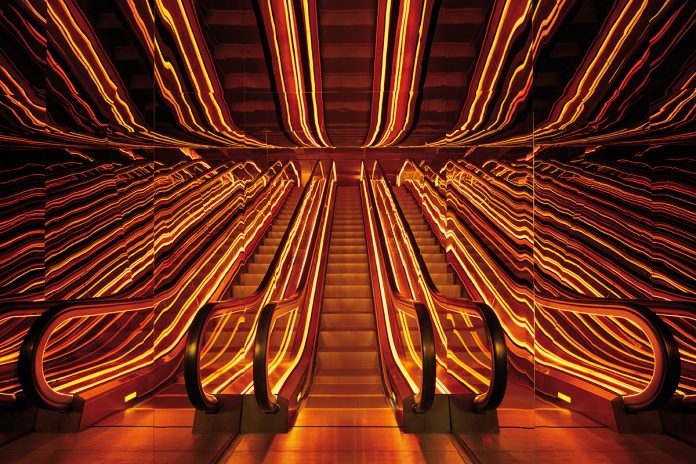 It was 25 years ago that Ian Schrager first sent shockwaves through the hospitality industry, revolutionising long-established trends and ripping up the rulebook. Now, he’s back among a packed field with his finger on the pulse of the modern lifestyle and an eye for new demands. Schrager – a radical, visionary hotelier who invented the concept of the boutique hotel – loves setting the rules as much as he does breaking them. His new hotel, New York’s Public, has just one: luxury for all. “I wanted to create a hotel that matched the context we live in,” he explains. “Something that reflected my taste and passions, but that also encapsulated popular culture right now.”

This democratic approach to luxury is the US entrepreneur’s next big thing, with his new hotel Public – the name of which speaks volumes – revolving around four key concepts: service, style, uniqueness and value. Shrager wants his guests to experience the full pleasure of an experience that few others are able to offer, one measured in emotions rather than in the language of business and costs. To achieve this, Shrager completely revolutionised his approach to service and comfort (the two main focuses of the hotel) in order to tailor them to the guests’ true needs. “The public care about sleeping in a comfortable bed, not the type of thread used for the sheets,” he adds. “They care about drinking quality coffee, served hot and quick They don’t care about drinking out of a china mug.”

Human interaction is of vital importance to the hotel – so much so that Shrager has hired a Public Advisor whose job is to do everything possible to accommodate guests the way they would in their own home. Of course, it was vital that the atmosphere felt cosy too, so Schrager opted for a stunning design theme, as he has done in the past with hotels entrusted to Philippe Starck. In fact, two big-name designers have lent their names to Public: Herzog & de Meuron and John Pawson. The aesthetics have clearly been thought through carefully – and this time, they are set to be a hit all round.
It’s not shabby chic, retro, industrial, recycled or even another “Brooklyn look”. “It’s just about simplicity as the highest form of sophistication,” explains Shrager. “The style is personal, provocative and exuberant, but always refined and understated. You could call it ‘cosy radical chic’ – something that appeals to every generation.”

Indeed, it’s not about big, ostentatious displays, but design that speaks of discretion, honesty, conviction, love, passion. It’s an instantly recognisable style that emanates soothing vibes and a family atmosphere capable of making guest feel at home. A fundamental part of the feel-good theme is the technical lighting system, which has been tailored to fit each different space, while the carefully chosen finishes and furniture are equally important. It makes for a combination that doesn’t identify easily with a particular style.

The core principle is not to go overboard and, in fact, to cut anything superfluous. It’s a mantra that goes for the communal areas, designed to bring people together and connect work, pleasure, fun and culture, as well as the 367 rooms, which feature all creature comforts but never stray from practicality into the realms of excess. The rooms feature bespoke ergonomic beds and chairs designed by Herzog & de Meuron and produced by Molteni&C, while in the bathrooms, the basins are made from stone slabs, again designed by Herzog & de Meuron and made by Laufen. Public is about personalised luxury that gets straight to the point, as direct and immediate as the brains behind it. See it to believe it.

Lunch in Tallinn with Zilio A&C