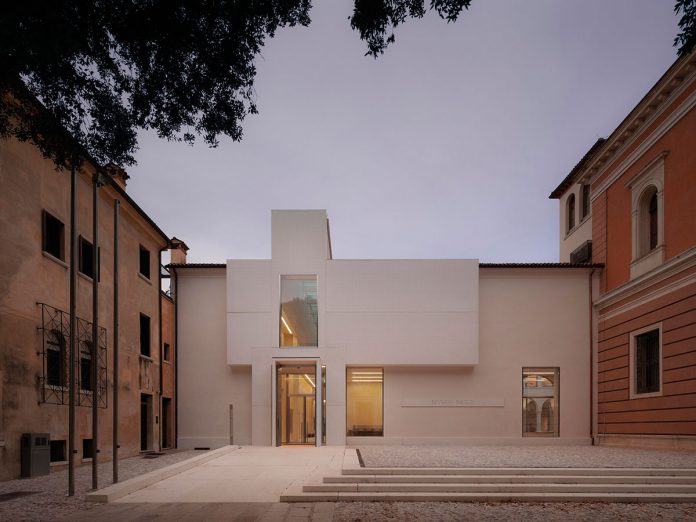 “It is a way of giving something back to the territory, in exchange for the large number of things the territory has given us”, the President of Arper explains, when commenting on the initiative on occasion of the official meeting held on Tuesday morning at the Museum, which then continued at the company’s premises.
The project was presented inside a hall at the Bailo, in the presence of the Mayor and his staff, as well as the architect Marco Rapposelli (co-owner of Studiomass who won the tender). It was illustrated how the project will considerably bolster exhibition capacity and attractiveness by 2021, inserting the museum, linked to Cà da Noal and Santa Caterina, within a sort of widespread cultural system.

For this company with a particular vocation for export (over 92% of turnover is generated abroad, with Europe in pole position, although the USA is gaining ground everyday), the decision to provide tangible support (in the form of a gift, the project, to the city) by means of this operation bears testament to the Arper spirit. The company has forged its success through a few precise assets (quality, technology, transparency), including its relationship with its own territory, which in Feltrin’s words, “is our base and we are involved here due to a sense of social responsibility”. Supporting art is a way of exporting a way of being and doing.

This close relationship with art is not new to Arper. For example, the company actively participates in “Guggenheim Intrapresæ”, an Italian corporate membership project linked to the Peggy Guggenheim Colelction, Venice, which aims to create a circle of international companies, joined by a marked sensitivity on artistic themes.

An industrial company, whose manufacturing process contains important craftsmanship steps. Over time, Arper has created its very own development model for project design and sales policy. When asked about the decision-making processes which leads to the creation of new products and about the figure of the art director, Claudio Feltrin explains with sincerity and a certain (rare) lightness, that “artistic direction we are used to seeing in the furnishing sector does not exist in Arper. We constantly work together with Lievore Altherr studio and provide some of our experience in terms of instinct”

Pisa, the temple of watchmaking

Walking around the city