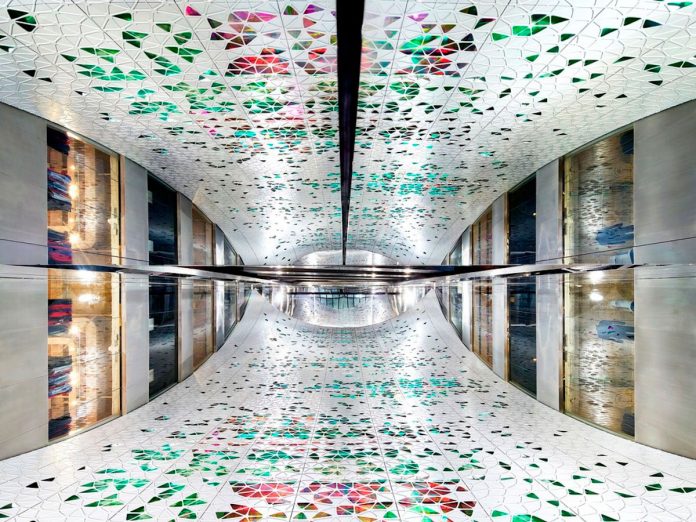 Eiri Ota and Irene Gardpoit are used to surprising people. The founders of the Uufie studio, based in Toronto, the two aim to truly engage with those who use their designs on an experiential level, using a plethora of materials, colours and combinations to achieve this. Recently, the duo were called in to designed the atrium and distribution areas from the basement to the ninth floors of the Printemps Haussmann store in Paris. The space was originally dominated by a huge spiral staircase, but since the centre’s launch back in 1865, many parts have been destroyed by fires or demolished during modernisation work. Nonetheless, the store has always been a revolutionary force on the Paris shopping scene.

The building is an iconic presence, with its Art Nouveau façade and majestic dome. And Uufie was keen to emphasise this stunning feature by creating a sort of veil connecting the four corners of the huge space together. Imagine huge sheets, not hanging completely vertically but billowing slightly. Although the whole thing weighs in at a huge 24 tonnes, it seems almost to hover in mid-air, topped and tailed by a glass floor and mirrored ceiling. 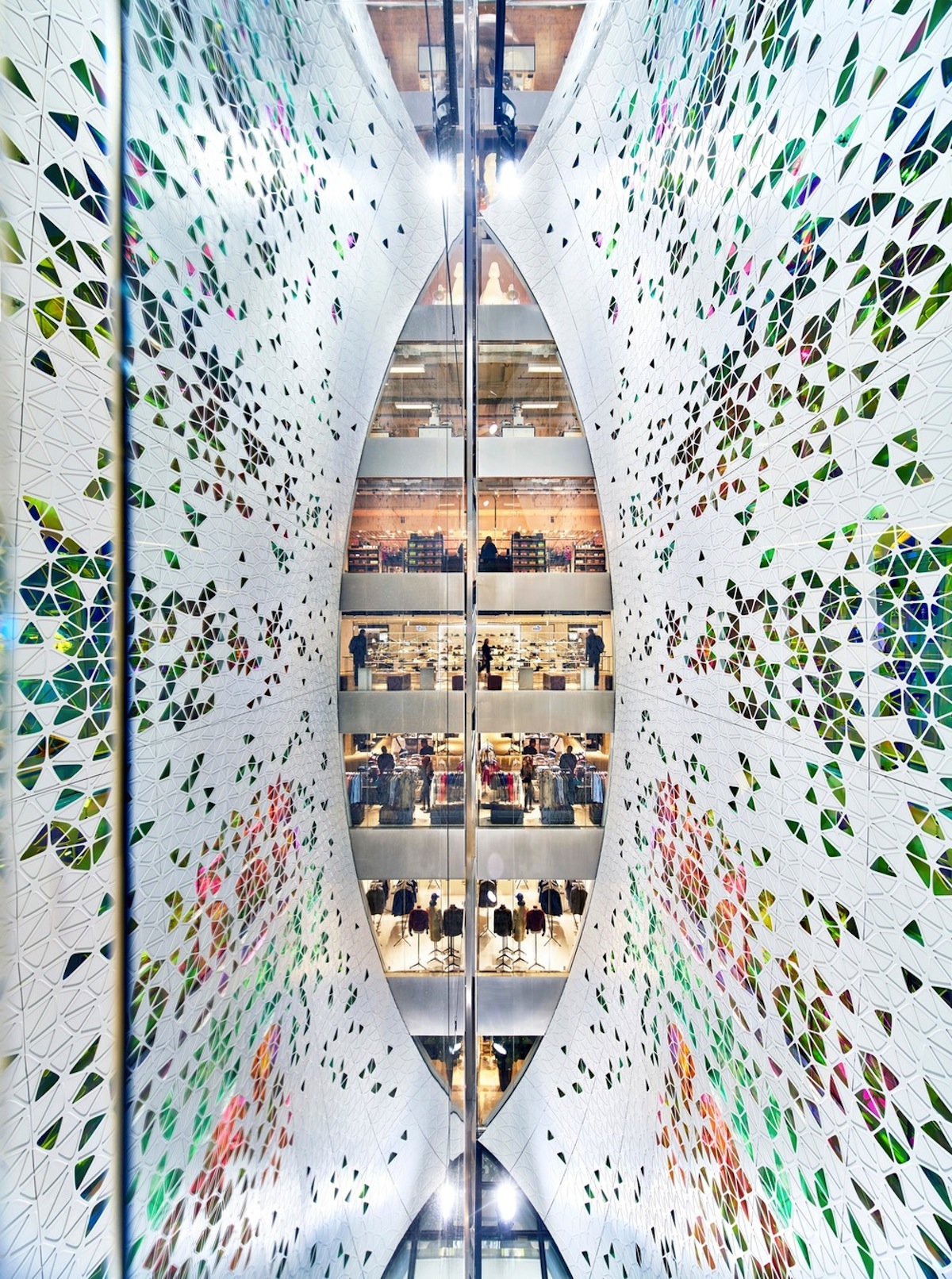 The installation is 25.5 metres tall and 12.5 metres wide, made from sheets of laminated aluminium painted white, while a floral design creates a 3D effect, like triangular petals. The inspiration for this pattern came from the shape of the individual elements of the original glass dome – these were arranged randomly into to create 17,200 different petals. Some of these are covered with dichroic glass (a special type of glass containing micro-layers of metal oxides), which gives an iridescent quality to the surface reminiscent of fireworks or – to put a more poetic spin on it – flowers falling softly to the floor. 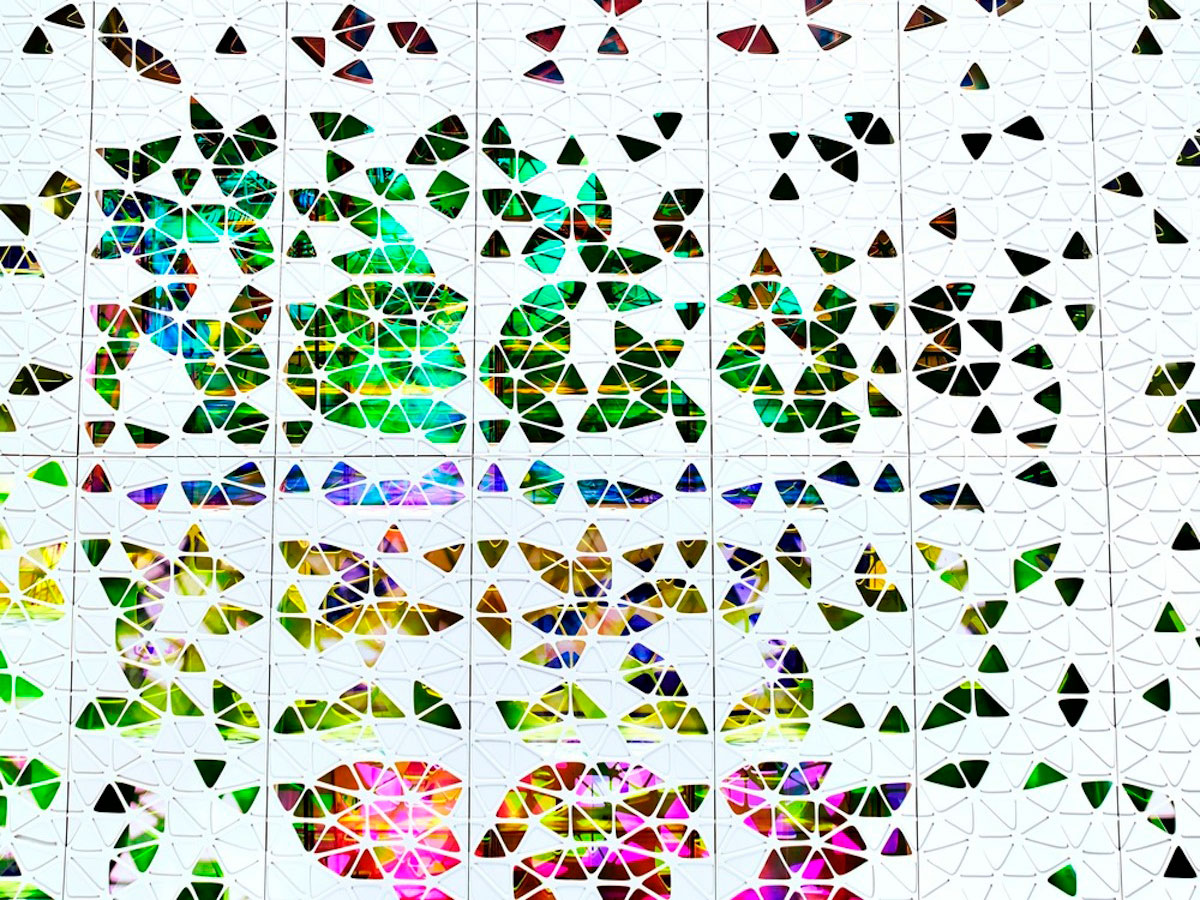 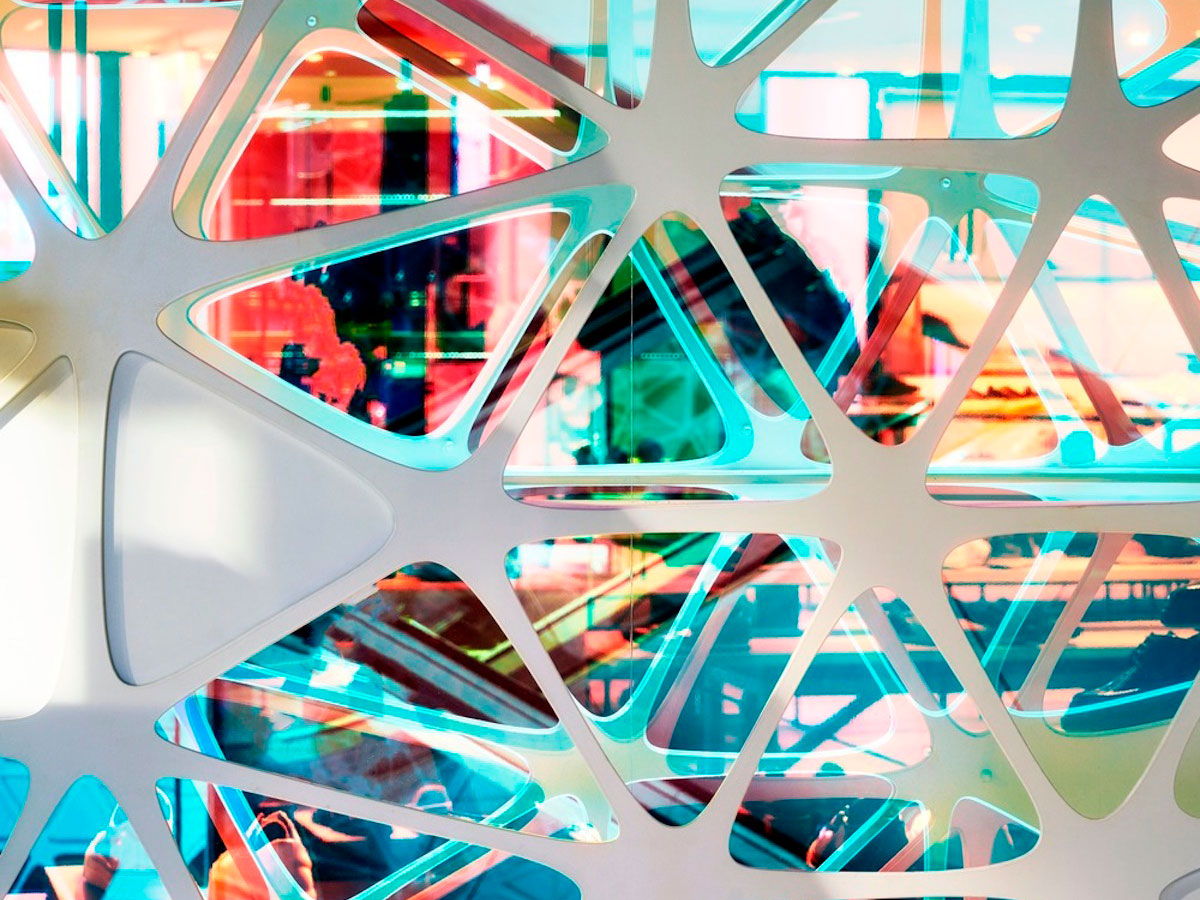 The experience changes as visitors ascend on the escalators, which are accessed through a darkened entrance, as the colours are transformed and the veil reflects off the mirrors. The escalators are hidden by one-way mirrors, which are semi-transparent surfaces, partially reflective and partially see-through. The main veil is also perforated in order to allow the store’s internal lighting to shine though. It took just eight months to build this complex and stunning structure, during which time the centre was able to stay open as usual, while great care was taken to ensure it met with stringent fire-safety regulations. 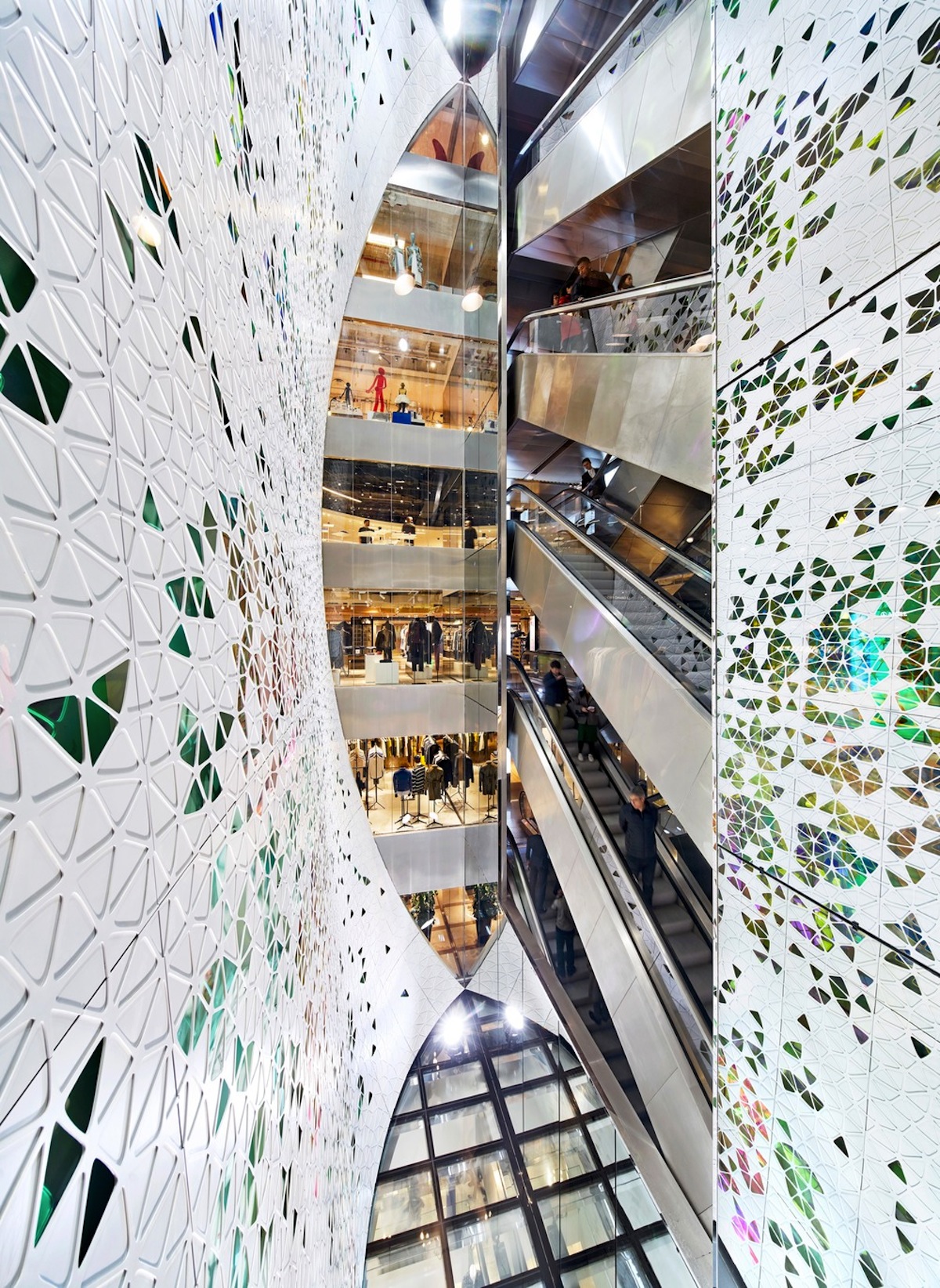 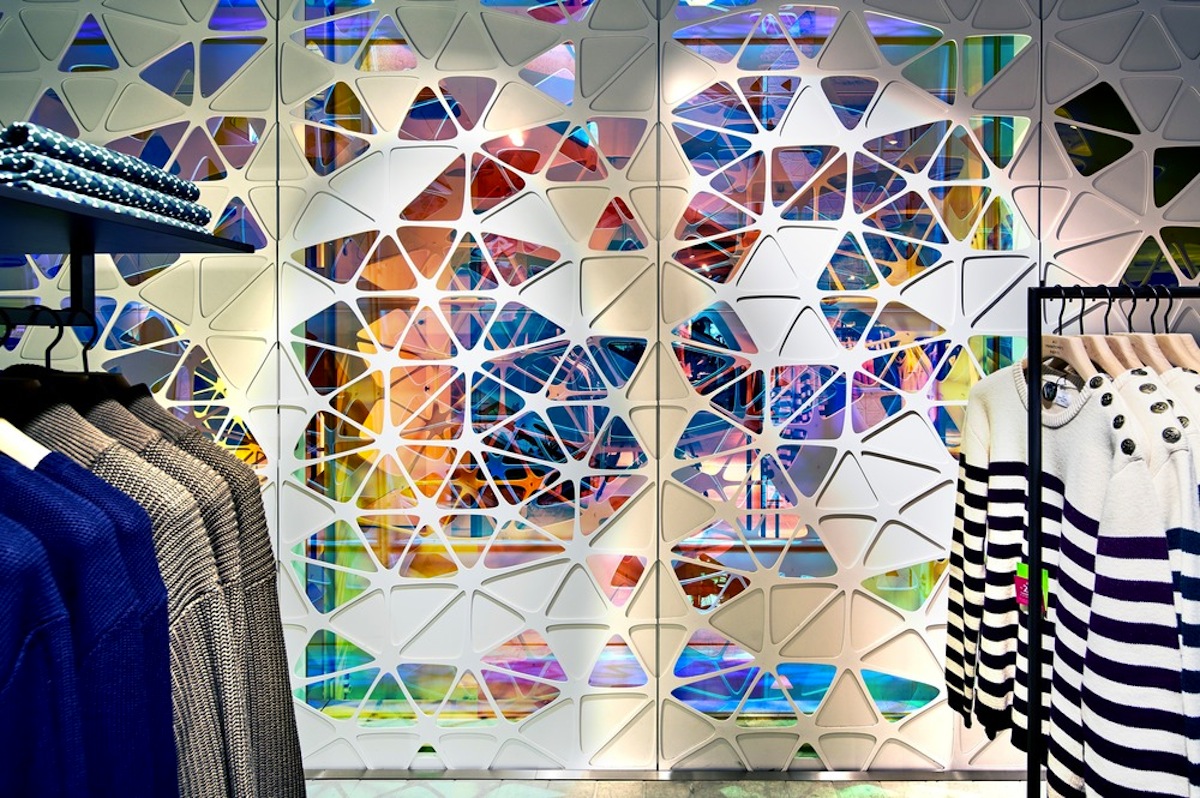 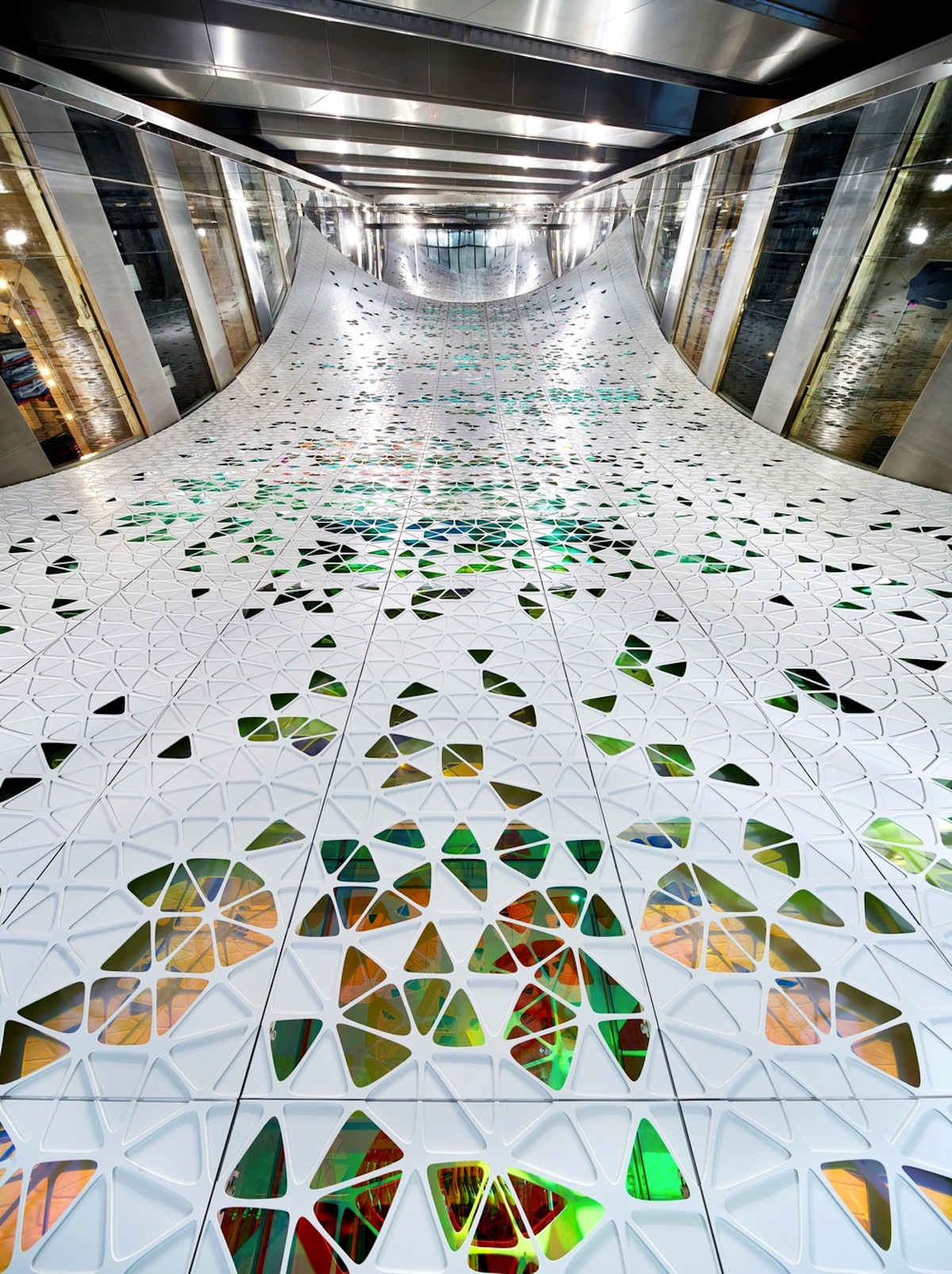 In Paris, the future of the office

Paris, design with a new set of eyes (and head)

Face to face with Federico Peri

The new creativity of the River North