Hotel Saint Vincent is the first project by MML Hospitality, founded by industry veterans Larry McGuire, Tom Moorman and Liz Lambert. A carefree overlapping of periods and a joyful mash-up of inspirations gives the impression that anything can happen, more than just sleep, in the iconic red brick structure, which was originally built in 1861 by the Irish philanthropist Margaret Haughery for Saint Vincent’s Infant Asylum. 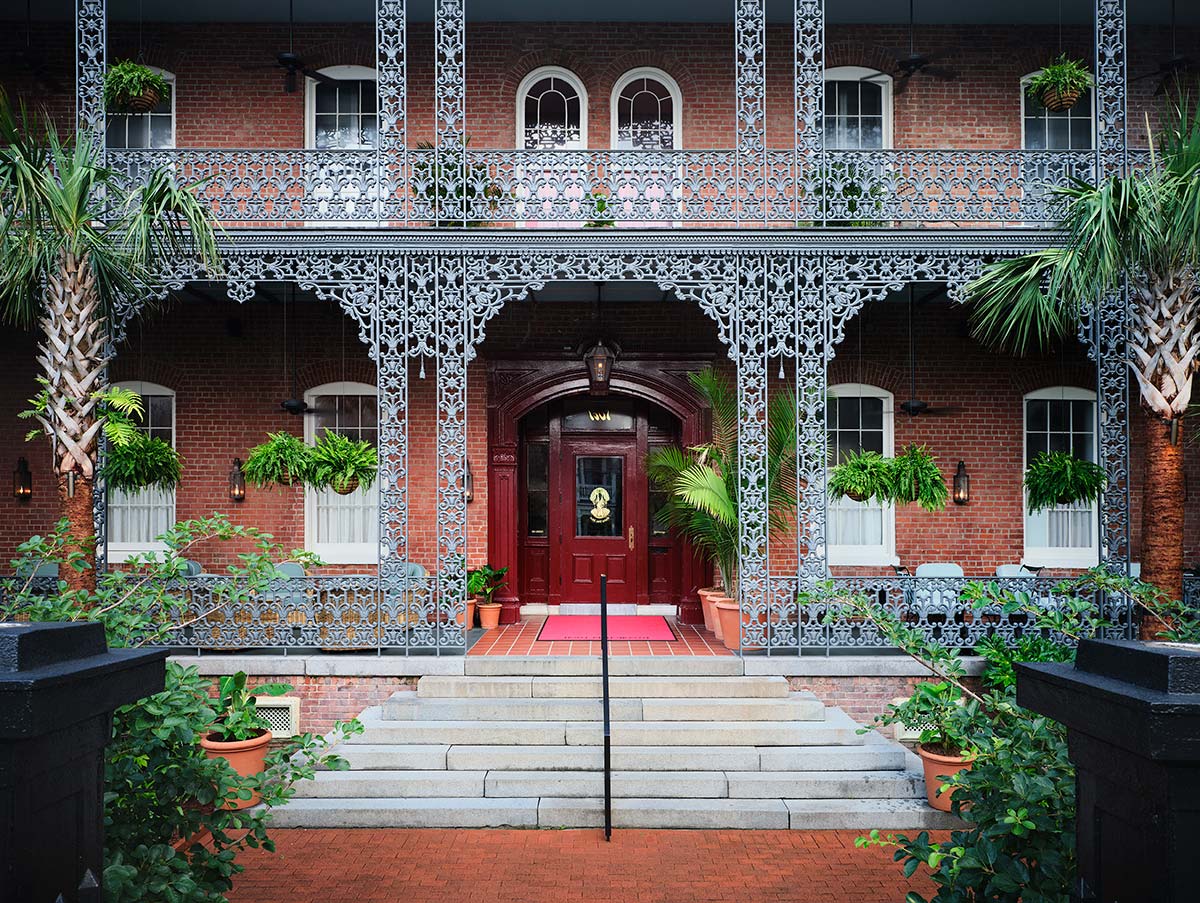 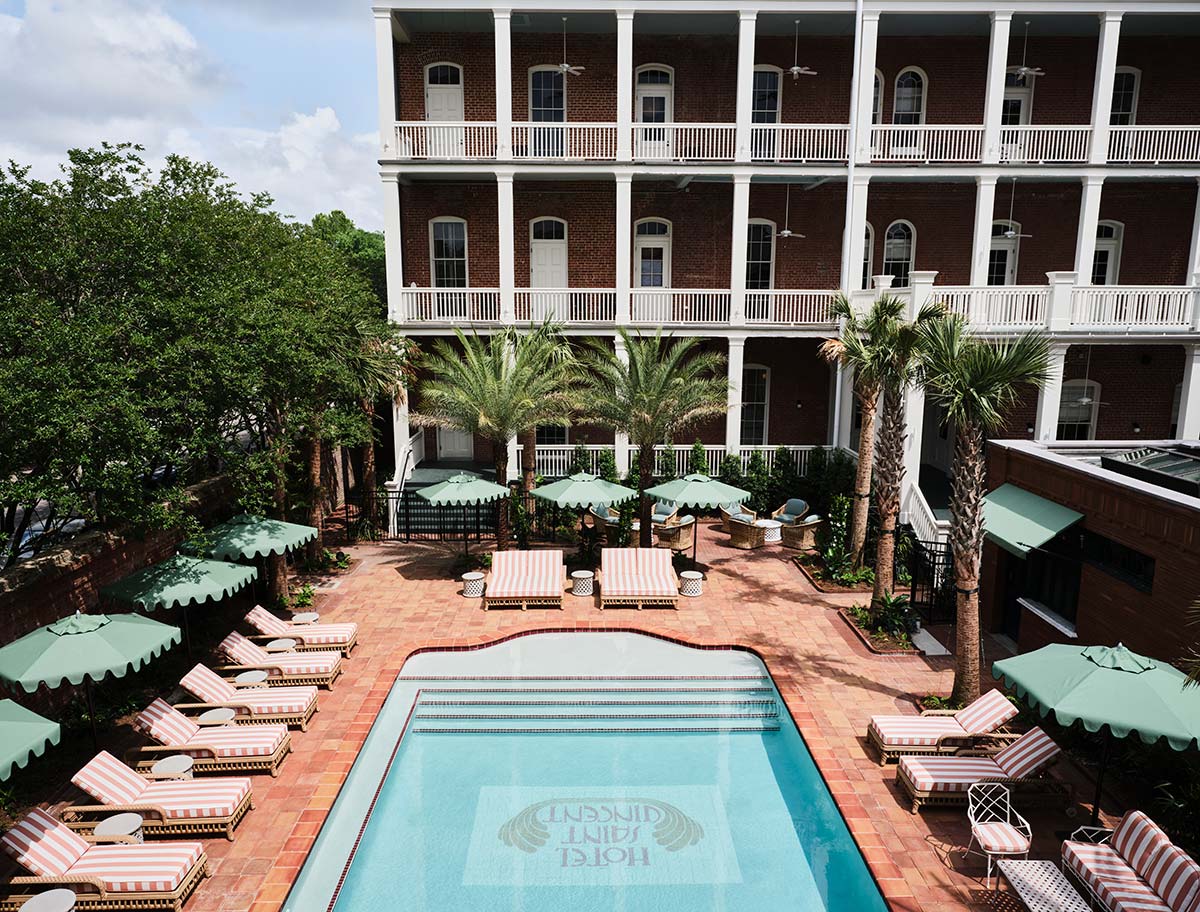 The design by LMD, Lambert McGuire Design, conceives new elegance made of modern opulence and vintage creativity that beguiles with an unusual combination of styles from different periods with colorful, almost psychedelic backgrounds, Murano chandeliers and neon signs. 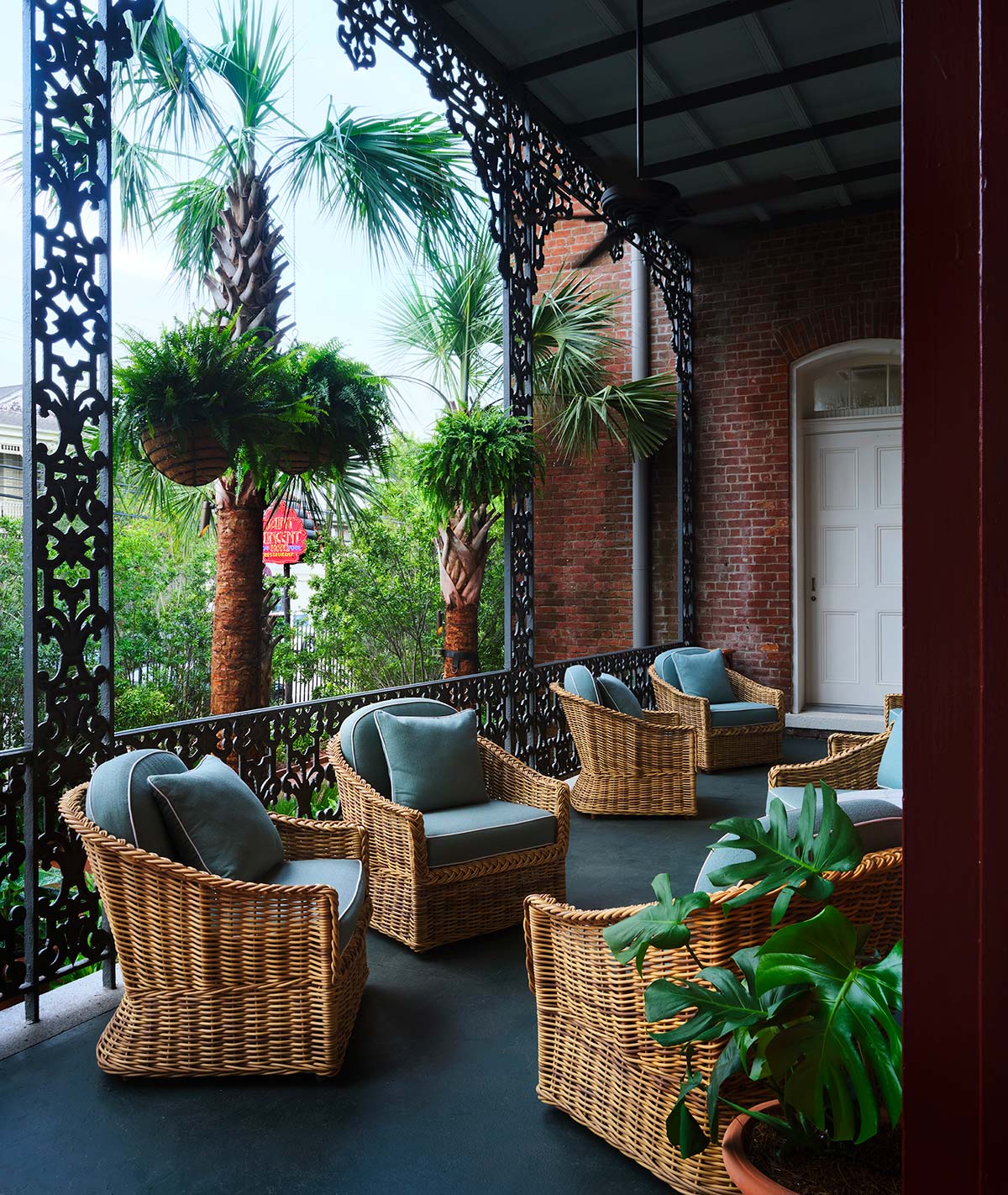 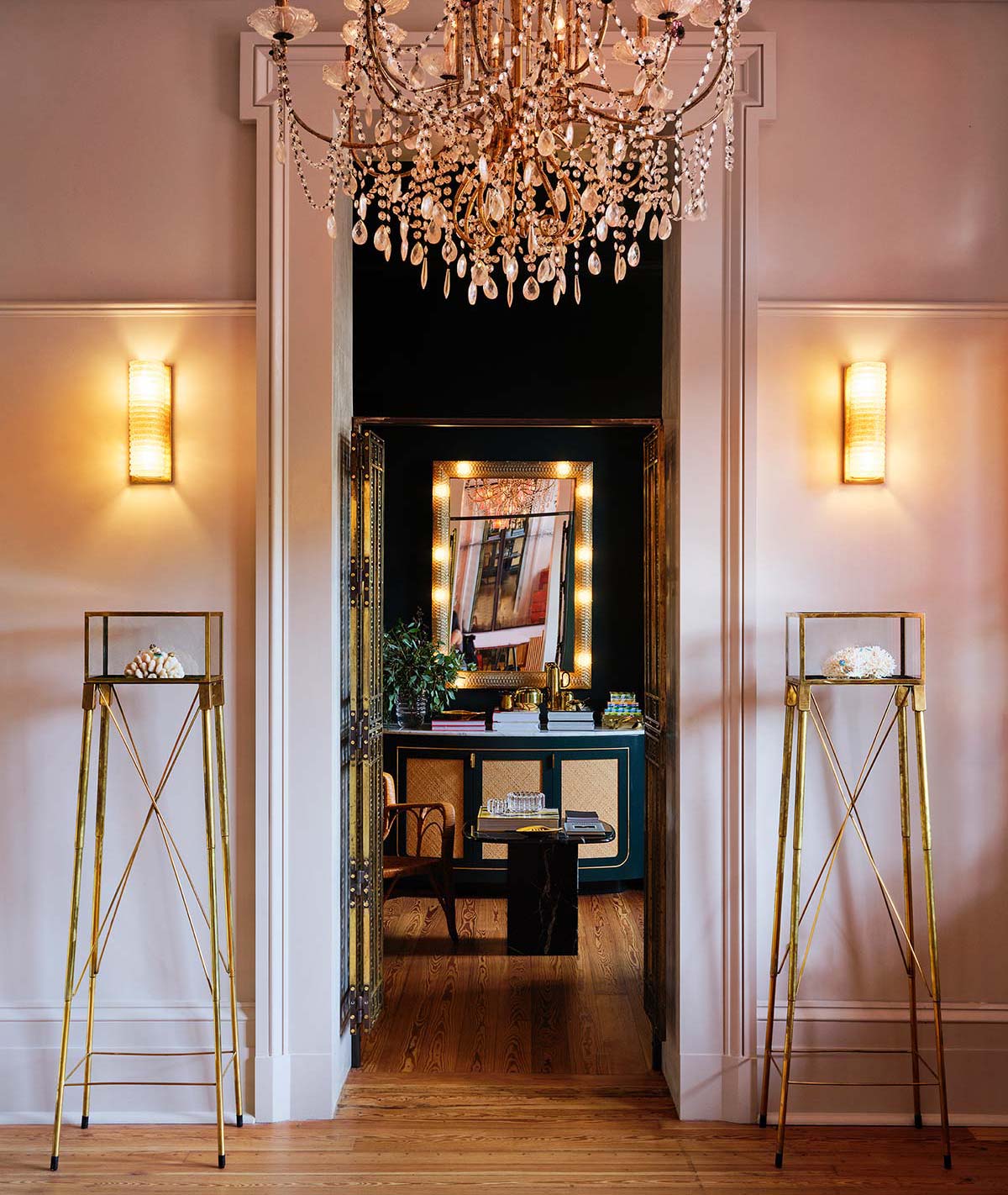 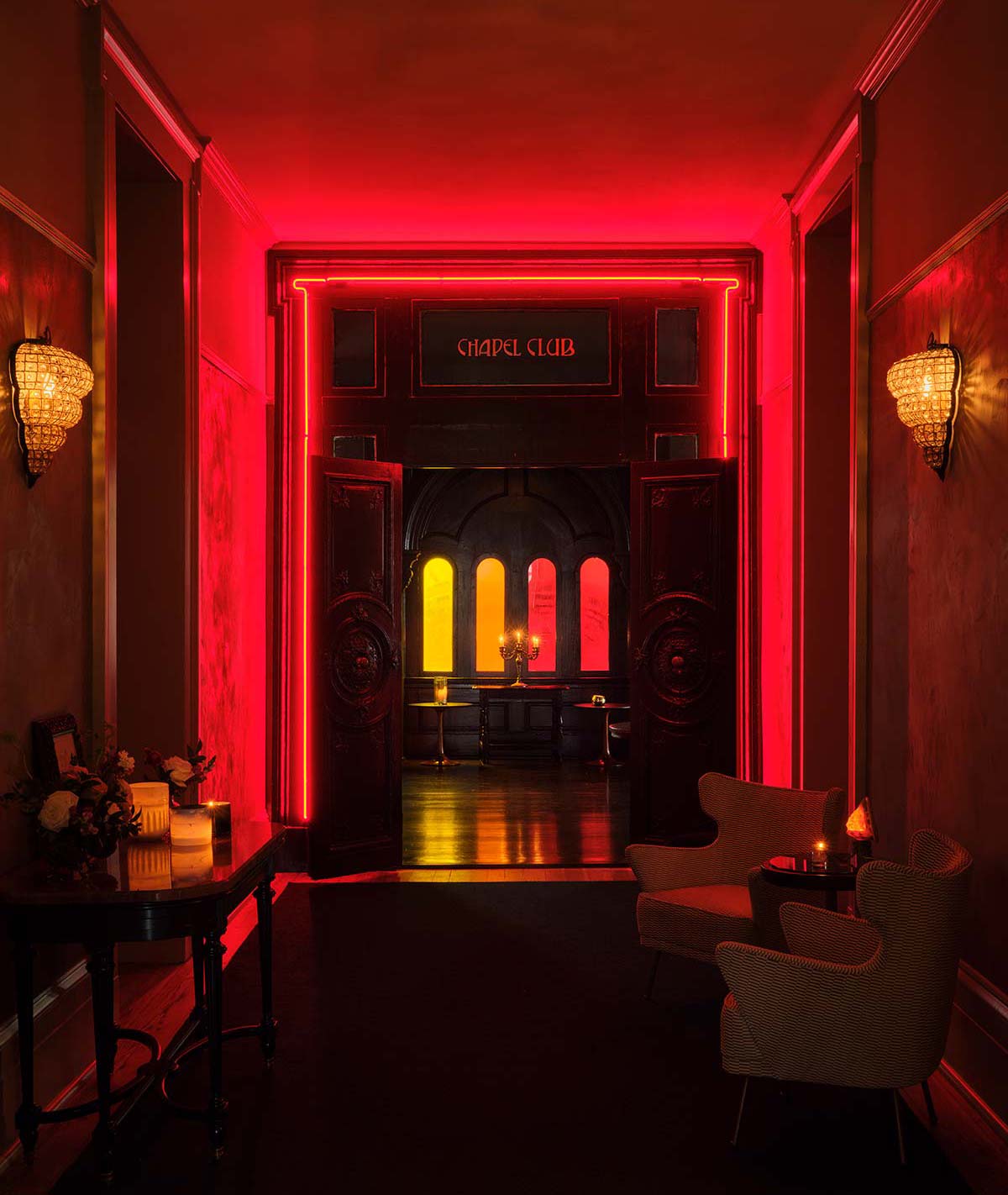 The architects approached the building with a “spirit of restoration,” finding its structural elements fairly unscathed. The old building was a children’s orphanage until the early 20th century, and then a shelter for teenage mothers in the 1990s. It has retained part of its institutional feel, but now features 75 newly designed rooms and lush public spaces, including an interior courtyard with a swimming pool lined with tropical plants and fountains, outdoor verandas with sky-blue painted ceilings, and exclusive bars and restaurants, such as the San Lorenzo restaurant, which pays tribute to Italy with a coastal menu influenced by regional New Orleans dishes, and The Chapel Club bar. 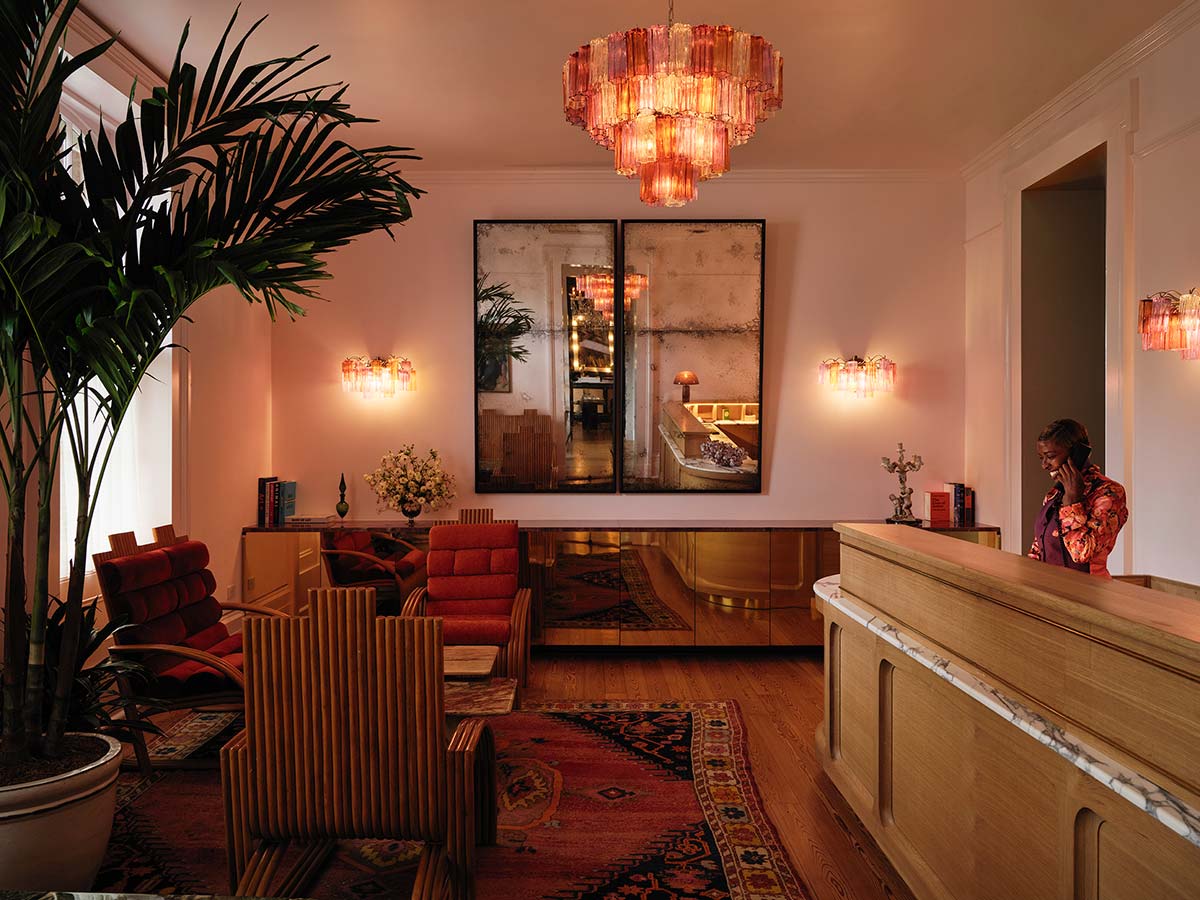 Both are holders and representatives of a hyper-aesthetic approach as seen in every detail: from the modern chandeliers and diamond-tipped columns of the restaurant to the luxuriant atmosphere of the bar, which vibrates in the intense colors of the walls, the brilliant velvets, monochrome marbles and the exuberant collection of nude paintings arranged everywhere, seeming almost debauched with the orange filter of its lights. 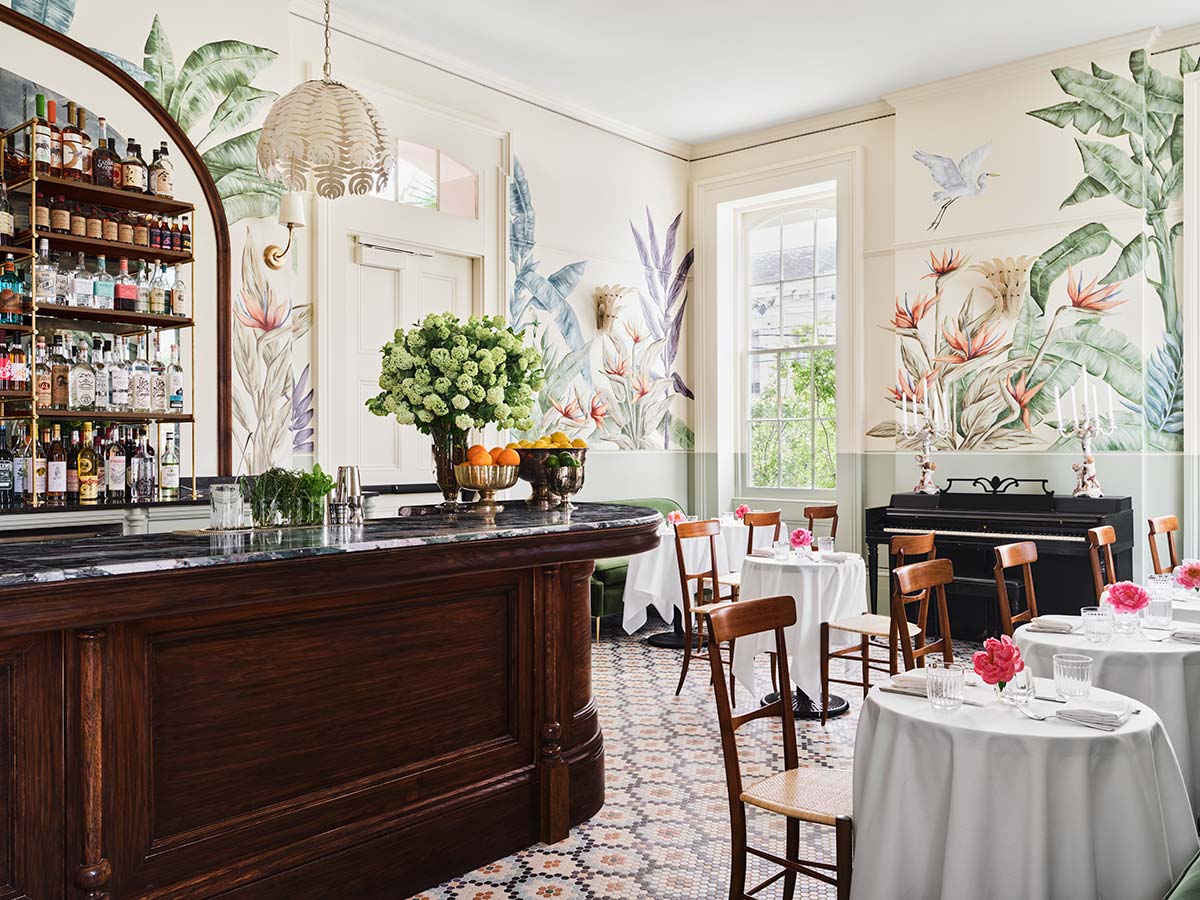 In contrast, the Paradise Lounge is bathed in natural light through its high windows, lighting the exotic beauties that blossom artfully on its walls alongside palm trees, emerald velvet sofas and mosaic floor tiles. 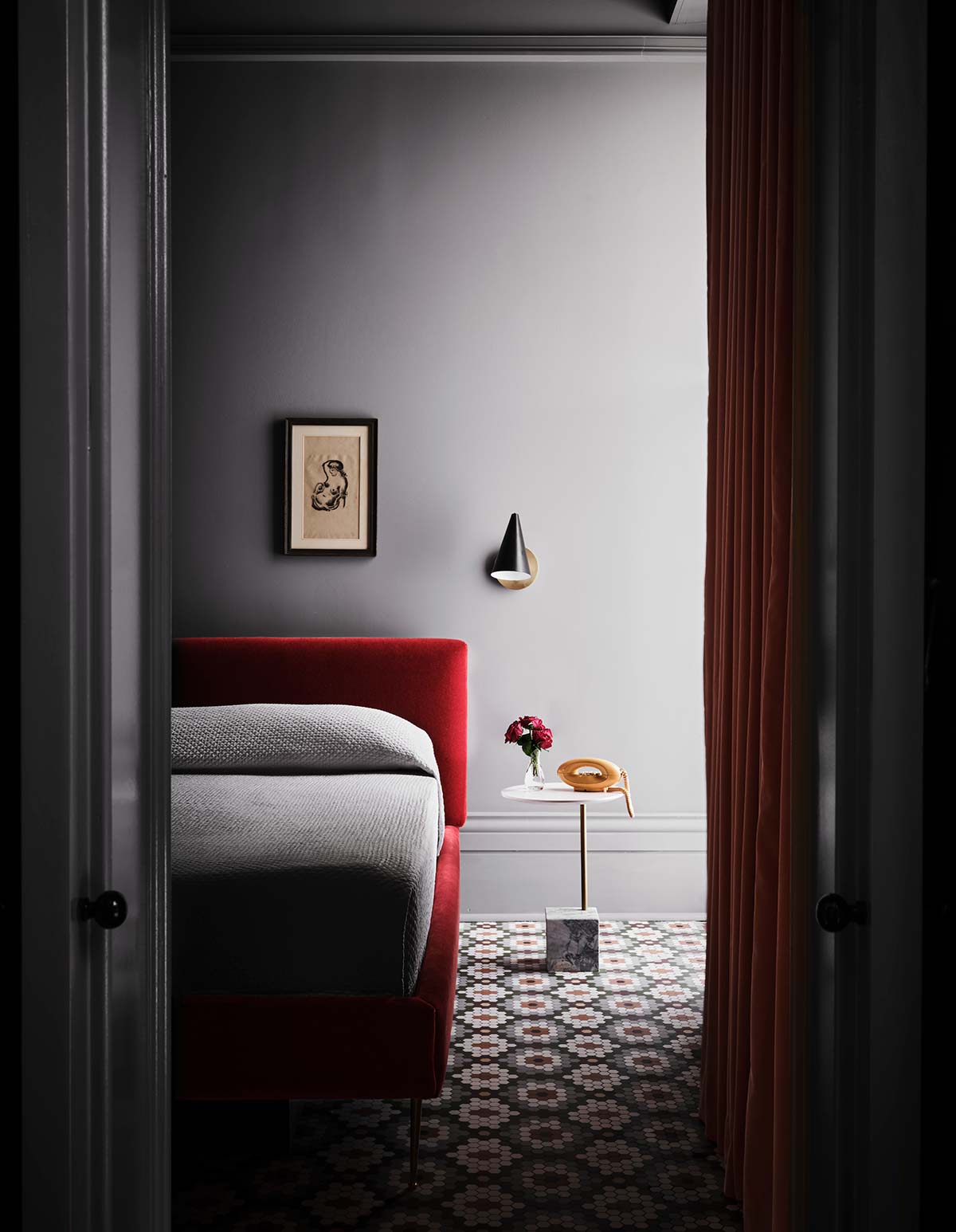 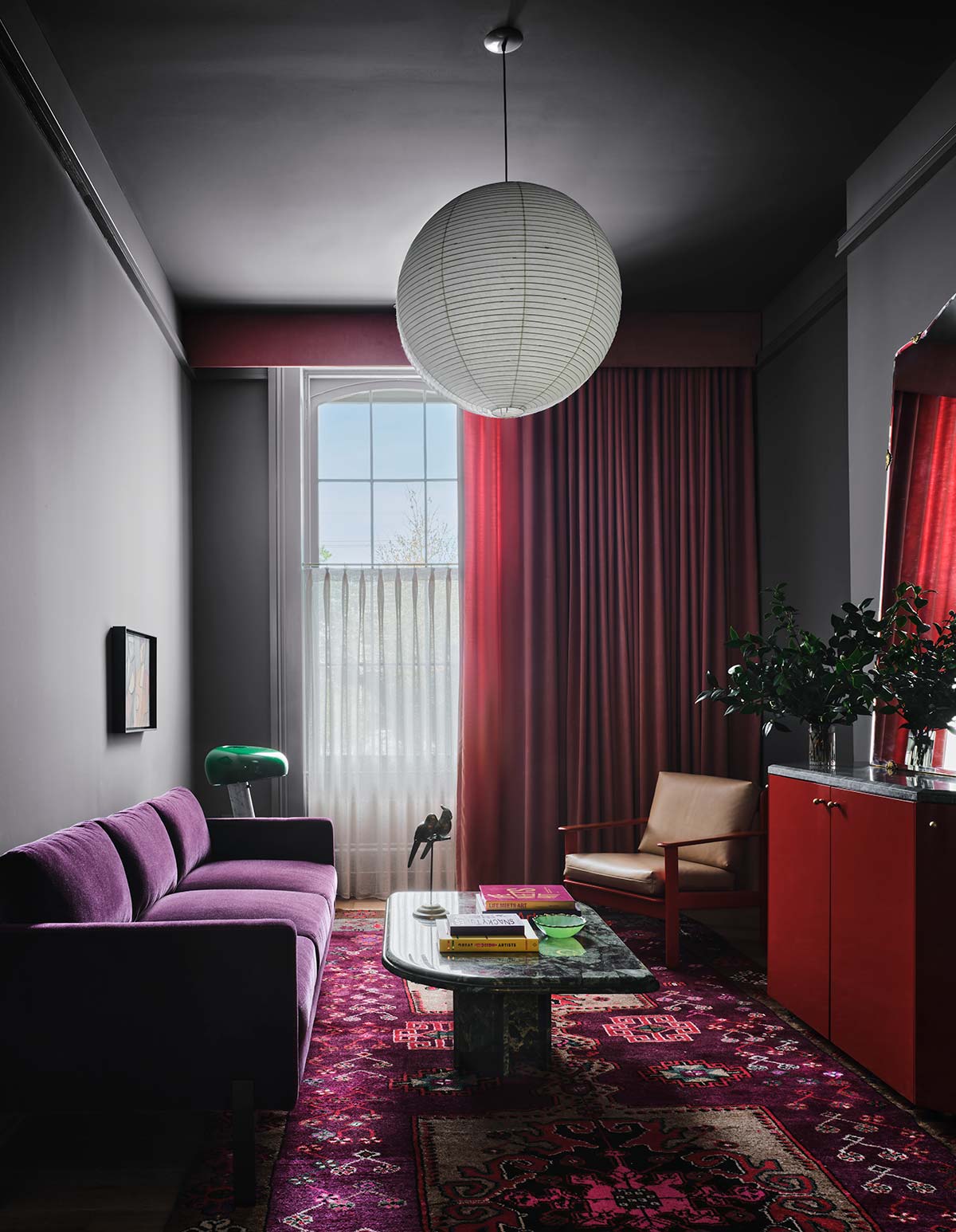 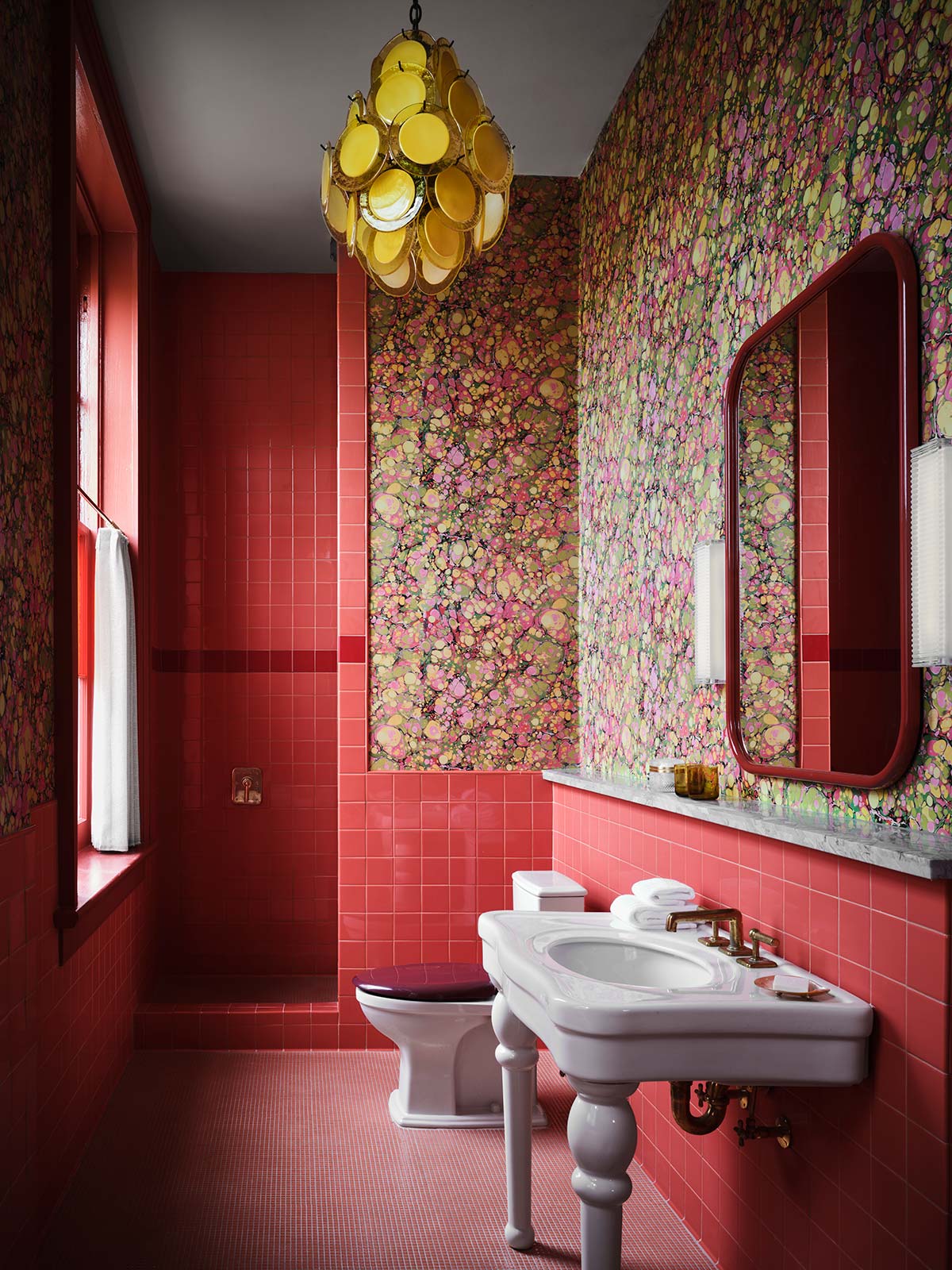 Each of Saint Vincent’s 75 rooms is unique in its layout, including its Mary corner suites with views of the Virgin Mary statue in a cave and the classic Courtyard Kings pool-side and the cozy Sister Studios on the fourth floor. The private rooms also stand out for their ever-changing styles and color combinations, infused with new life with luxurious fabrics and curtains, furnishings and accessories ranging from 20th century Italian design to Art Deco. 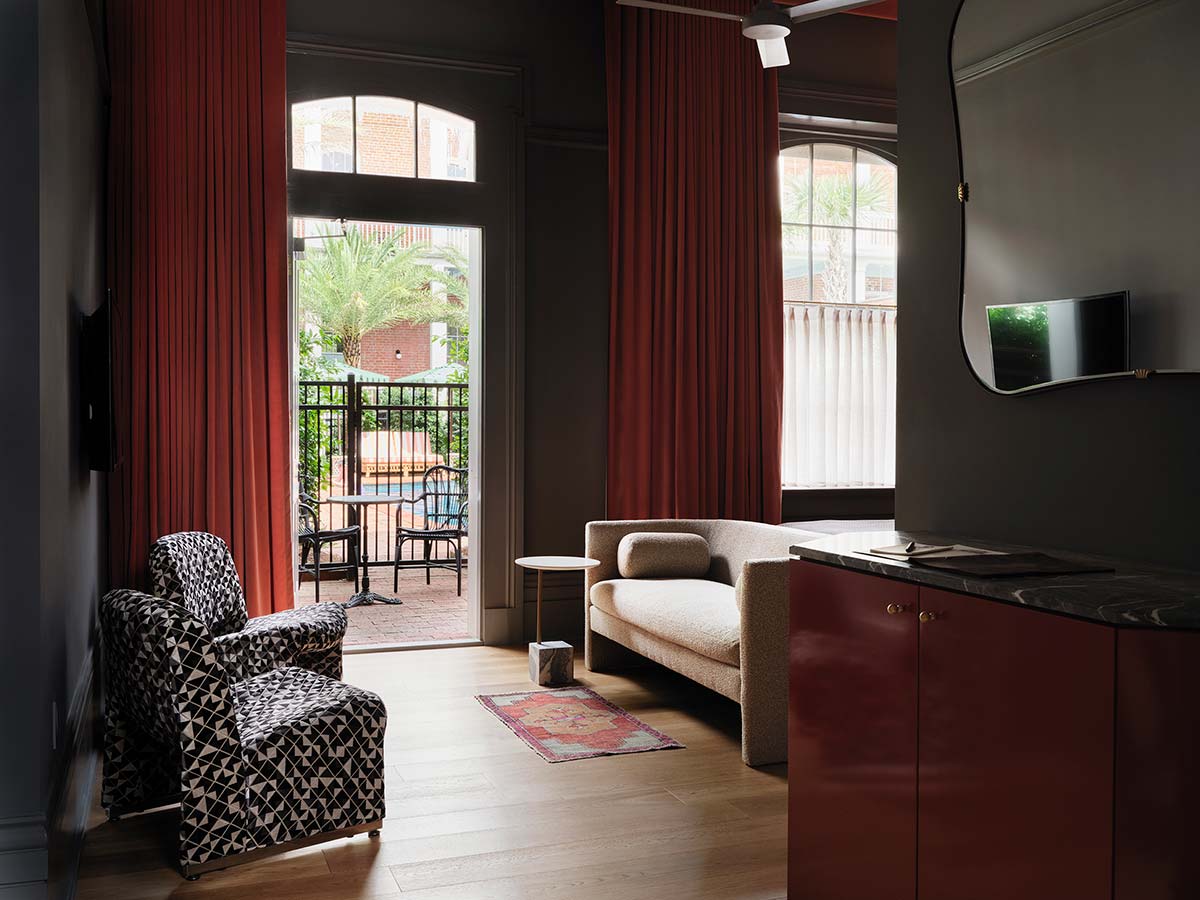 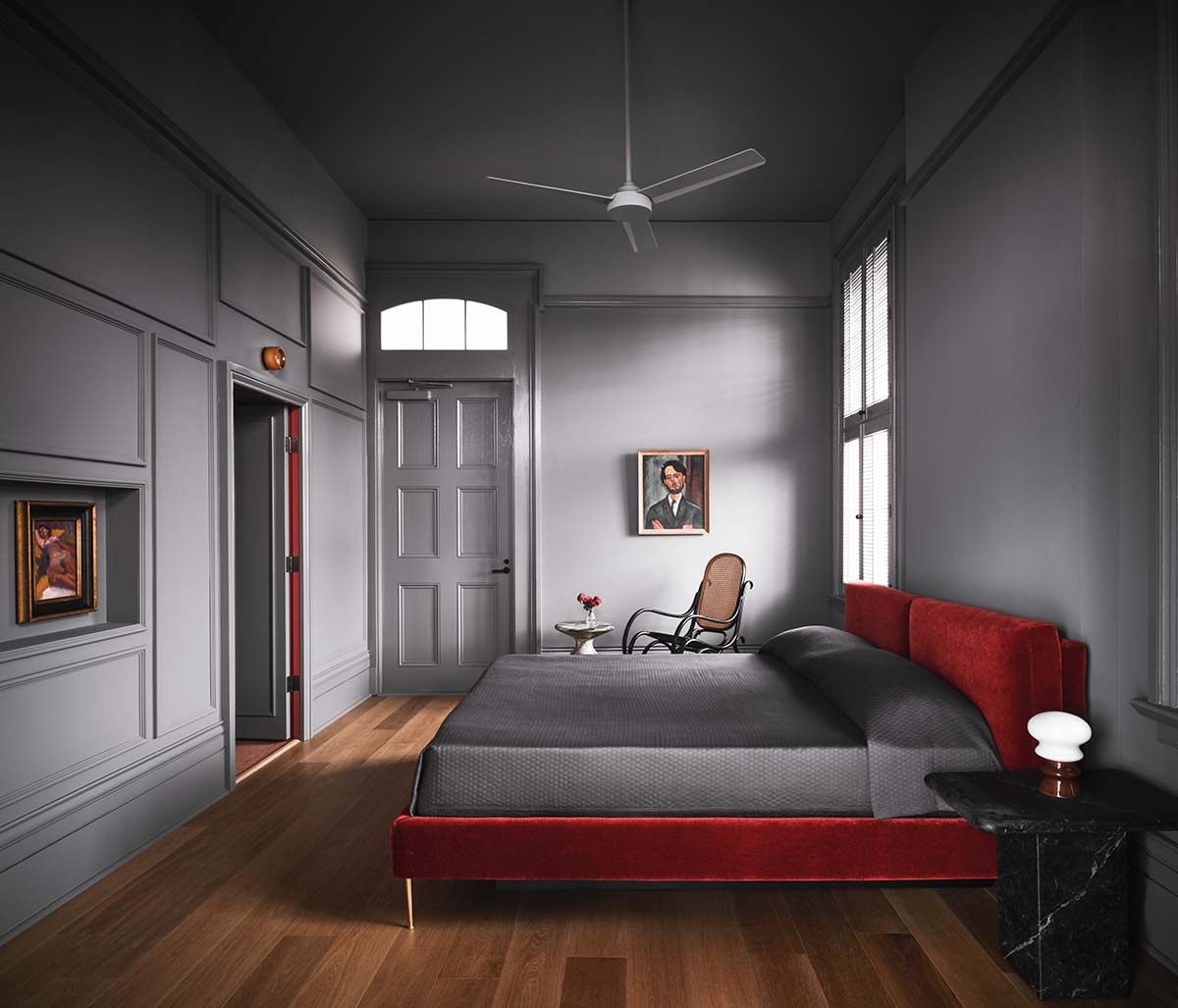 The bathrooms have classic bathtubs and rather psychedelic backgrounds, with red and pink tiles, and marbled wallpaper by Voutsa that echo the traditional Florentine book bindings found among Margaret Haughery’s books.