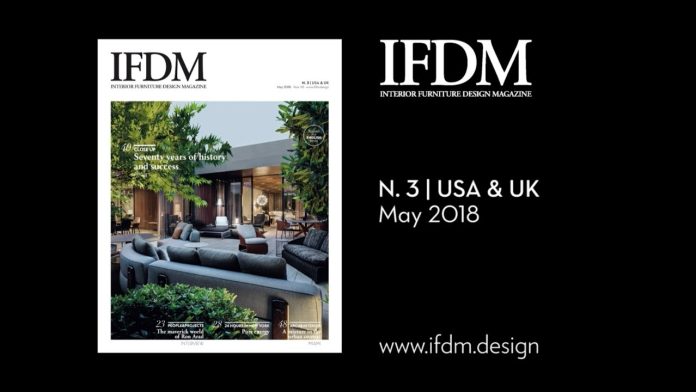 It all starts from here. From that alchemy that triggers between those who offer and those who select, from that imprinting that stems from the exchange of gazes between the two sides.
This is what many Italian and European companies are increasingly looking for, or rather hope to find in potential partners around the world.
Given that this issue of IFDM is dedicated to the American and UK markets, I found it appropriate to focus on the current state of the distribution network of these two important markets, which are often the driving force of international business as well as the reference hub for spreading one’s identity and increasing brand awareness in the sector.
A very particular phenomenon is currently taking place in the United States where many companies of the design and furniture sector constantly consider the possibility of entering the market and trying to start the first steps in this rich territory.
In recent months, the distribution network and the points of reference of the retail segment have experienced a drastic change.
The giant Haworth acquired last year the Luminaire network of shops, some stores in the design districts of Miami and Los Angeles were lit by the presence of new flagship store and at the same time, some light turned off in Houston.
This does not mean that the market is closing with regard to multi-brand stores, but perhaps the demand is for new display formats, new commercial approaches and certainly more passion towards a sector that is driven by a feeling or perhaps love for design.
Will this be a favorable historical moment for the entry of new players on the American market?
Generally, the perception of IFDM is always very punctual. We will see, we will talk about it later.
In the meantime, you can appreciate what happens between May and June in Las Vegas, New York, Los Angeles, Chicago and San Francisco, during the individual appointments and design weeks that animate the cities and that IFDM always follows with attention and punctuality.

Swarovski and Fredrikson Stallard: 10 years sculpted in an artistic piece