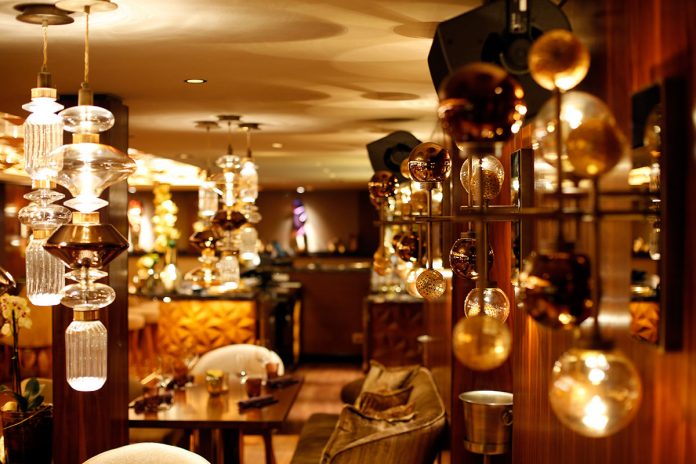 The Fairmont Hotel Vier Jahreszeiten has over 100 years of history under its belt and represents a real institution in Hamburg, on a par with other city landmarks such as Lake Außenalster and St. Michael’s church.
Bought at auction by Friedrich Haerlin in 1897, the building underwent constant renovation work and structural improvements until the late 1950s, quickly becoming a Grand Hotel in the traditional, European style. It was a beacon of modernity, yes, but it was also keen to showcase its historic, aristocratic side, combining luxury and sophistication to create inviting interior spaces. These have now been taken to the next level thanks to a warm – and at times sparse – lighting plan which maintains a sense of continuity through the various spaces, bringing harmony to the facility.

Sicis were responsible for designing the lighting system in the lounge ball, hall and relaxation area, with several models from the Home-Next Art range used.
The Ballet collection, which features bronze-plated metal elements and tiny mosaic used to contrast with blown, prismatic glass, is combined with the large Fluxus line, made up of tables, console tables, mirrors and chandeliers whose use of geometry showcases the quality of the mosaic and craftsmanship involved. Also featured are the Lescot range of floor and table lamps and Siam’s ceiling lights in some rooms. 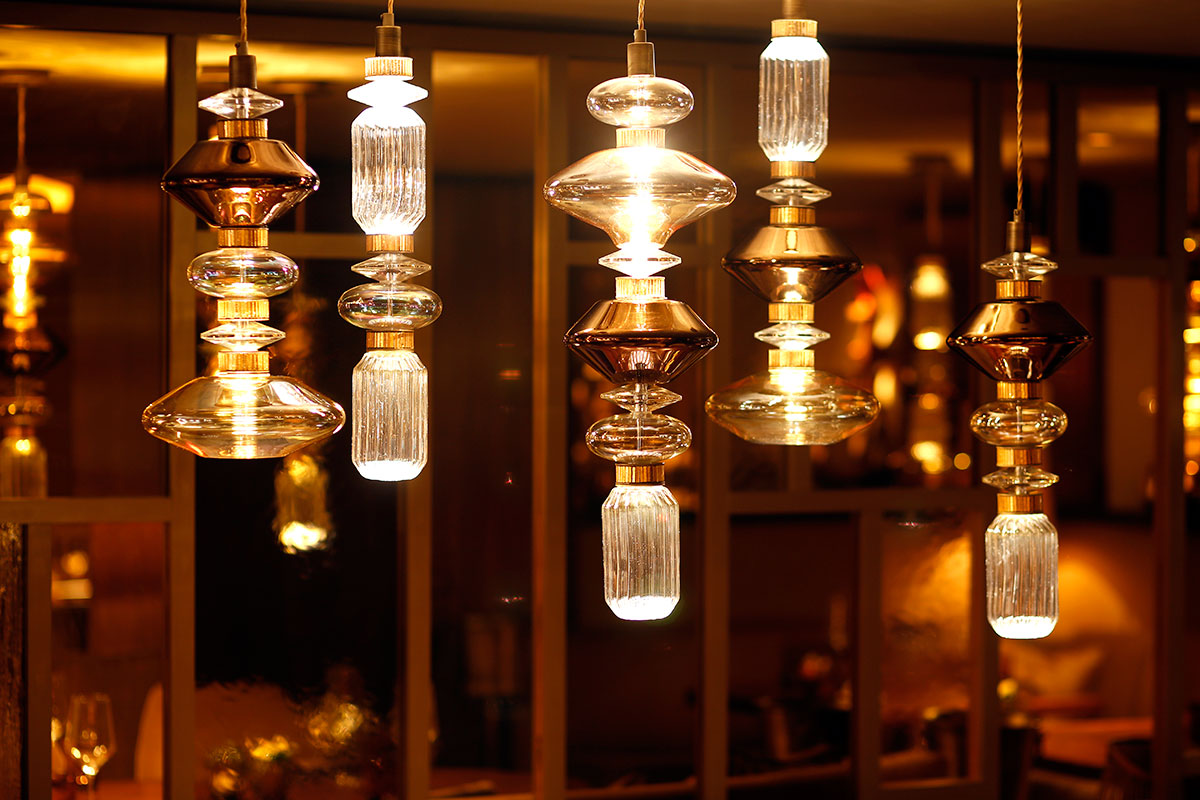 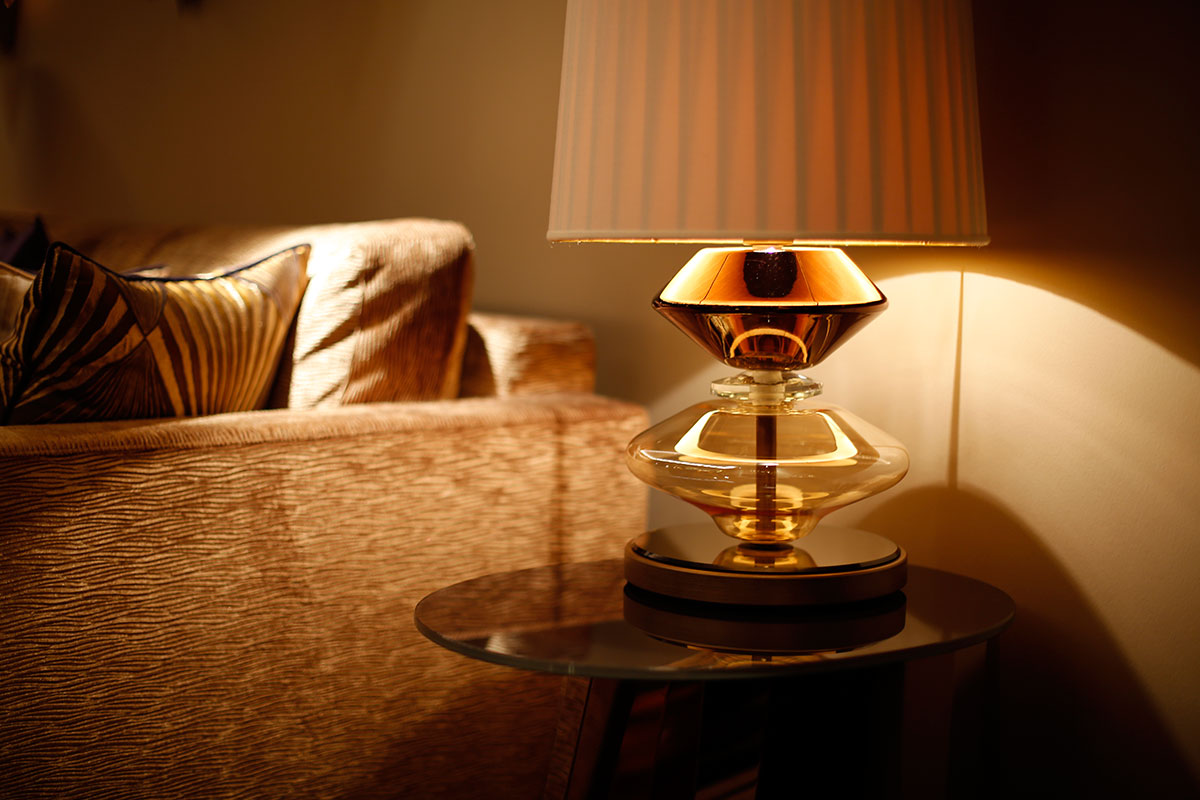 The use of mosaic in amber and golden tones for some finishes is seen again on some of the walls of the rooms, where it is combined with regal velvet headboards and soft furniture such as sofas, armchairs, settees, chaise longues and poufs. Yet what brings a sense of character to the spaces, all the while complementing the rest of the colours used, is wood: found virtually all the way through the hotel, it is used for floors, walls and some of the furniture. 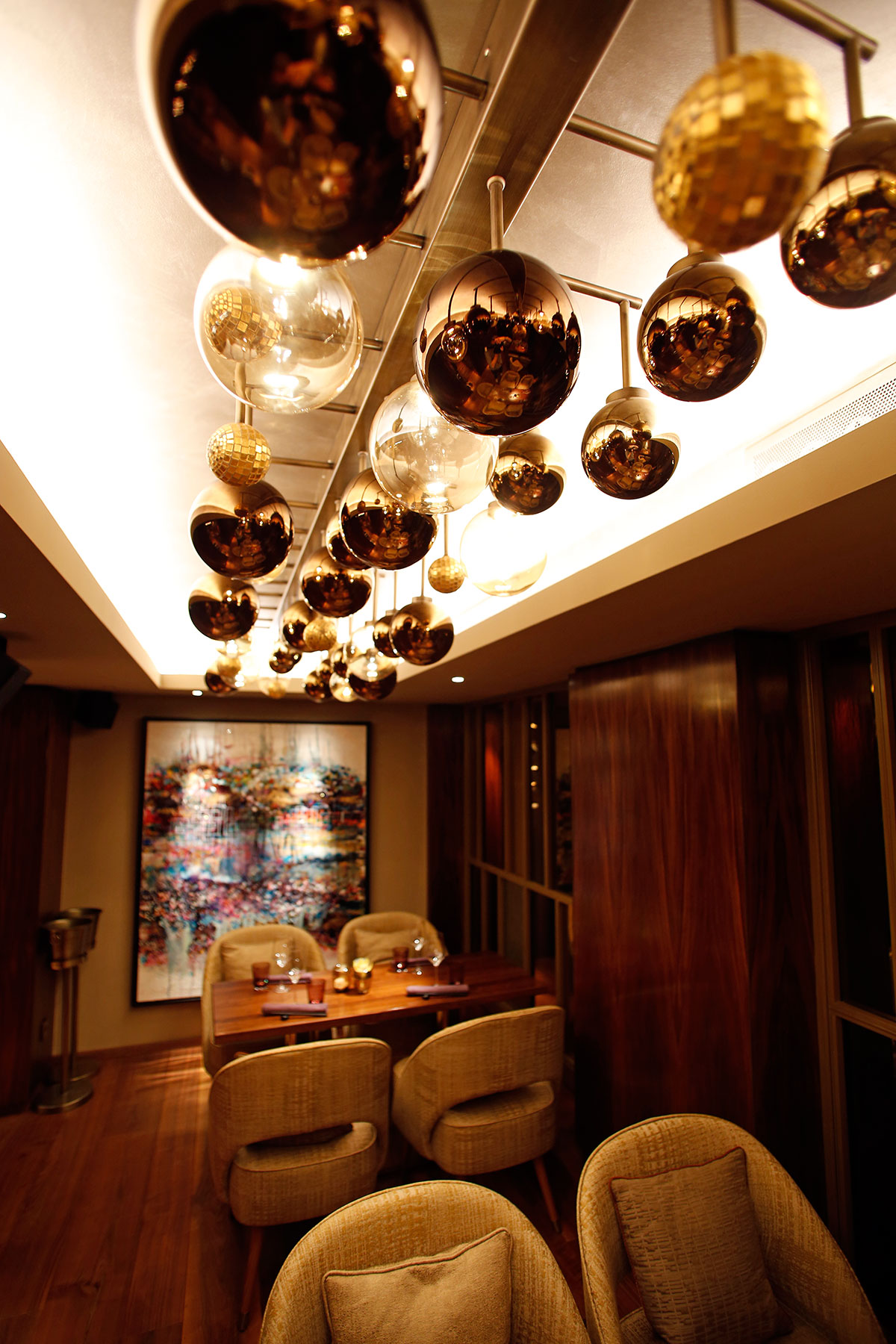