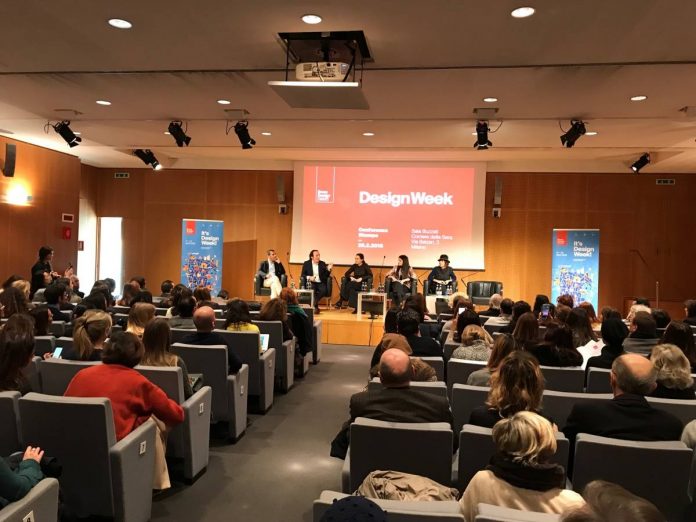 What initially seemed nothing more than a flash in the pan has turned out to be a veritable flood wave, intent on releasing people from the thralls of technology (if only for a limited time), turning their thoughts away from creeping artificial intelligence, exhorting them to temporarily relinquish digital in favour of material, or specifically, humanity.

The Color Stories of the upcoming IFDM Contract Book also focus on “control” and “free thought”: this an absolutely contemporary theme.

On occasion of Fuorisalone 2018, Brera Design District proposes a programme which exudes empathy even on paper, and requires empathy for its implementation, for which it has invited and nominated 3 Ambassadors: Cristina Celestino, Elena Salmistraro and Daniele Lago. The latter is the only businessman on the new BDD diplomatic corps, an auspicious precursor of the importance of social reputation, perfect for “forging contact” (thanks to his smiley disposition) initially with objects and designed interiors, then (immediately after, mind you) with the customer. Casa Lago (which doubled in size in 2017) has left a vibrantly coloured sign of things to come for third millennium interior design.

Cristina Celestino: initially born an architect, she went on to become a designer, a lover of materials and details. She has been involved dozens of projects. At BDD 2018 she will present the project Corallo, an old Milanese tram set up as a cinema, half foyer and half hall,  perfect for observing Milan out of its windows. A moving installation, on a mission to establish empathy with the city and featuring Tissot, the Swiss watch brand whose name has been indelibly bound to Milan design week since 1988 (with Sottsass).

Elena Salmistraro is already renowned in the design and interior design world and will propose an installation in collaboration with Timberland, in piazza XXV Aprile. A “serious” play involving an oak tree, which has always been a symbol of the American brand, brought to life with a beating heart whose energy will be replenished each time someone hugs it. An oak reinterpreted with a female silhouette which will light up by night, showing a dress.

The Brera Design Apartment located in via Palermo 1 (the very heart of BDD) will also be re-proposed in 2018. This year’s theme will be Souvenir Milano, curated by Raffaella Guidobono. The concept will focus on the language of bespoke, hand-made, materials and objects which evoke Milan’s past and present, in collaboration with numerous designers and artists.

This is the essence of the Brera Design District for Fuorisalone 2018, which will be accompanied by dozens of corollary events (180 in 2017) involving hundreds of companies (300 in 2017) and thousands of visitors (300,000 last year). An app to guide you through this event, which in virtue of its size and in contrast with its title, we can amusingly describe as “super-human”.

An iconic piece by Cassina is reinterpreted by Calvin Klein