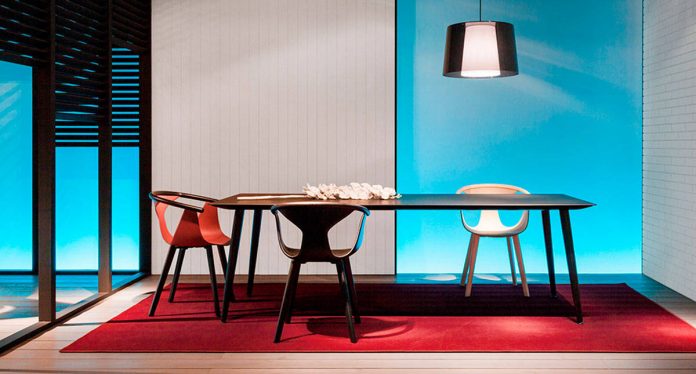 Cologne, Paris and now Stockholm. Pedrali’s exhibition calendar kicks of at full speed starting from the major European markets and the respective sector exhibitions, each one developed in its own peculiarities and specializations. On the occasion of these heterogeneous events – Imm Cologne, Maison&Objet Paris, Stockholm Furniture Fair – Pedrali offers an equally multifaceted presence, conveying an aspect of its identity always different and innovative.

Thus the rigor and purity of Nordic design thriving at the Stockholm Furniture Fair, an event that started today, the company of Mornico al Serio replicates with an equally linear and natural approach, expressed in the design of the major novelties showcased: the new version of the Fox armchair, designed by Patrick Norguet, proposed with an elegant leather upholstery; and the Nym chairs, designed by the creative trio Cazzaniga Mandelli Pagliarulo, a contemporary reinterpretation of the traditional English Windsor chairs, made of water-lacquered wood.

An approach that pervades also the setting that hosts the products – among the many collections there is also Babila, the upholstered armchair Vic, the Giravolta and Snooze lamps – for which the Studio Calvi Brambilla, who was in charge of the preparation, was inspired by the domestic atmospheres of the 50s and the American experimental architecture ‘Case Study Houses’: the modern elegance typical of those years and the principles of transparency, lightness, sense of the horizon return in an exhibition space with four niches, separated by glass structures, which guide the visitor in the discovery of Pedrali’s world.