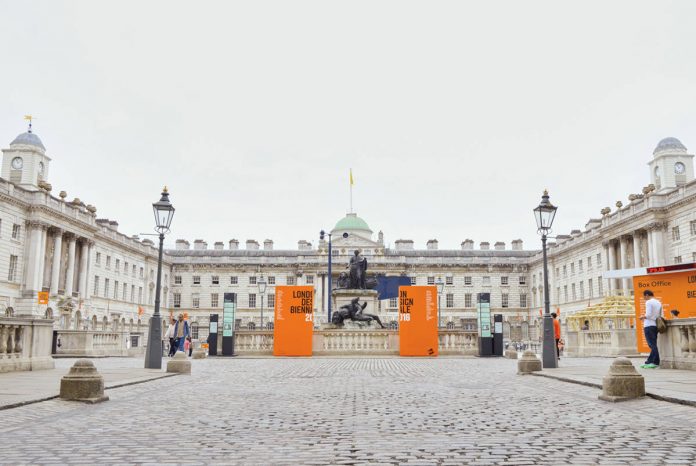 The year 2018 is jam-packed with design events, not least the London Design Biennale, which will run from 4 to 23 September 2018 at Somerset House and promises to be a must-visit event for anyone who finds themselves in the English capital. Now in its second edition, the event will be looking to repeat its debut success, with over 40 countries set to take part with projects and experiments exploring the theme “emotional states”.

The theme is inspired by the Gallup Global Emotions Report 2017, which analysed 149,000 interviews in 142 countries around the world to measure feelings and emotions – values which are usually overlooked by traditional economic indicators. According to the report, Paraguay had the highest number of positive experiences, while Yemen had the lowest. The United Kingdom finished in 38th place, level with Mali, South Africa, United States and Bolivia. With Brexit dominating the British landscape, there was a 15% decline in the number of people rating their lives as “thriving” – the biggest drop in the history of British polling.

The events on show will explore the effect of design on our lives and study how objects, furniture, ideas and projects influence our way of being, emotions and individual experiences all over the world. “Design is at the forefront of change-making, with architects and designers working imaginatively to try and create positive conditions for human flourishing,” continues Turner. “But, for every problem designers solve, inevitably more are created. In their installations and exhibits, design teams will propose radical and provocative ideas that will examine the full spectrum of emotional experiences, from anger to joy, sadness to disgust.”

London Design Festival will also return between 15 and 23 September. Now in its 16th edition, it is the most important international design event in Britain, with all of the city’s design districts set to host performances, openings, product previews, exhibitions and installations. This open-air celebration is sure to get the whole of London dancing to the beat of creativity.

One plus one makes the London Design Fair