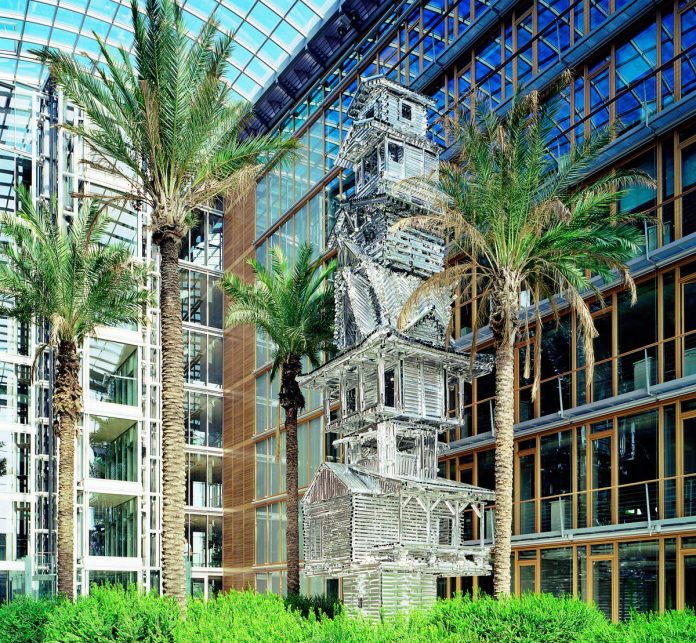 It feels as though you're walking through the halls of a museum, between luminous installations, spectacular aluminium pagodas, enormous signs which surround pillars, and a host of other works of art by world-famous artists such as Liam Gillick, Carsten Nicolai, Michael Elmgreen & Ingar Dragset, Michael Beutler, Thomas Demand, Beat Streuli and Cerith Wyn Evans. The LAC in Frankfurt airport is where 2,500 employees and board members work, surrounded by works of art which have become an integral part of the building. Lufthansa is not alone in its belief that a business' active involvement in the art world boosts profits and its ability to tackle ethical, environmental and social challenges. This is why the Lufthansa Aviation Center received due recognition at the Corporate Art Awards®, on 23rd November in Rome, in the presence of the Minister Mr. Franceschini. The awards were created by pptArt®, in collaboration with LUISS Business School, and sponsored by the Italian Ministry of Culture.  The premises were designed by ingenhoven architects in collaboration with eight artists during the 90s, and are characterised by numerous gardens and extensive transparency. Gardens contain vegetation from all five continents, symbolising Lufthansa's global connections, and are accessible as relaxation areas or small conference venues.

Employee well-being was the top priority for the building's design, earning the LAC numerous architecture prizes, including the RIBA Award 2008 for its ability to combine "High Tech" with "Low Energy" by creating a functional workspace in a communicative, healthy and stimulating facility.