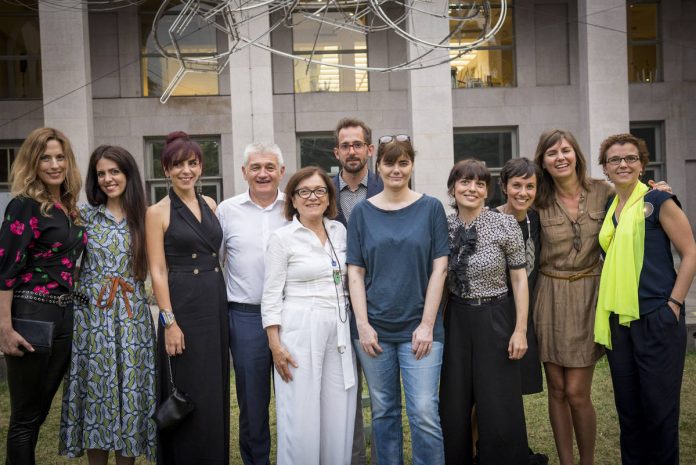 The synergy between design and high craftsmanship is the protagonist of the event. Protagonist of the Tracing Identity project, conceived by De Castelli and edited by Evelina Bazzo; protagonist of the volume dedicated to it, according to Leonardo Sonnoli’s graphic design; and also the protagonist of the seminar organized in Triennale on Tuesday, June 27, where all the authors of the project exchanged opinions on the theme.
From this combination stemmed a multi-stage process (product – book – video – seminar), aimed at highlighting De Castelli’s identity, its productive and design features, interpreted by a feminine vision.

Seven female designers have made a collection of metals with a determined expressive protagonism: Alessandra Baldereschi, Nathalie Dewez, Constance Guisset, Francesca Lanzavecchia, Donata Paruccini, Elena Salmistraro and Nika Zupanc have enhanced the potential of metals and finishes of the company through projects with high emotional contents, experimenting with other processes and surfaces, entering the De Castelli’s headquarters to know its technology and its workers.

The pages of the volume overlapped by the words of the designers, their experience in De Castelli, among the machinery, materials and people behind this philosophy that have inspired the project itself. A collective identity told in Gianluca Vassalli’s video, a visual story about the company’s craftsmanship and its passion for design.

Antoniolupi. Sunshine after the storm

Cappellini according to Elena Salmistraro