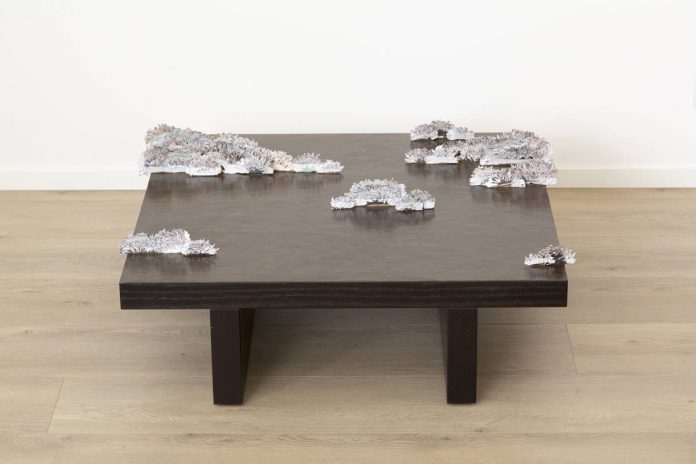 Taoino becomes Mico in the project of the young Brera’s artist Aleksandra Santoemma, protagonist of the exhibition “A decade of evolution in design” by IFDM. The design of the coffee table by MisuraEmme grasp the concept pursued in the artistic re-elaboration.

The work is inspired by the values of IFDM magazine, transposed into a symbolic representation. The concept of contamination is the key term for investigating and interpreting the result of artistic creation. Just as a network of mushrooms (Trametes versicolor) grows and spreads over a good piece of wood, IFDM, traveling around the world and bearing witness to the best of Italian design, generates a cultural exchange and contamination in the field in which it excels.
Originally, the Taoino table, which is Italian but inspired by the East, was a concrete example of how opposing cultures can harmoniously blend together. Due to its extreme representative value, the product lends itself to communicating IFDM journey of interaction with the over 26 markets in which it is distributed.
The pages of the magazine (carefully sculpted to define shape) are used to generate the network the of mushrooms that positively contaminates the wooden surface.