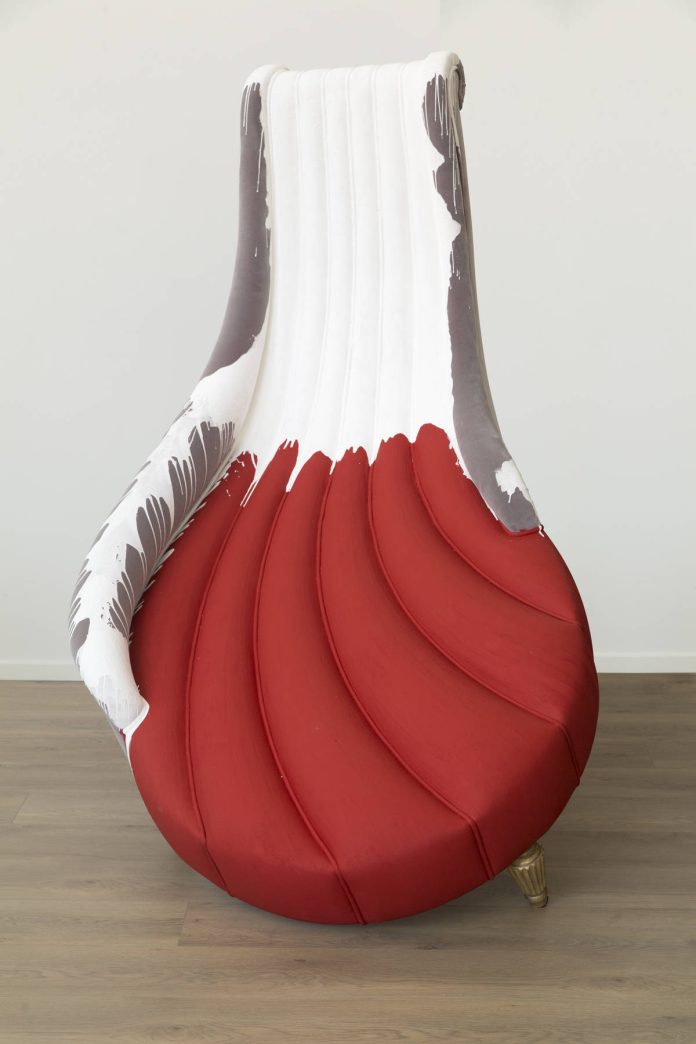 Both in its original configuration and in the free artistic interpretation by Andrea De Simone, the Jupiter chaise longue by Jumbo Collection draws inspiration from emblematic values of different but equally recognizable timeless ages.

Chaise Tongue is both visual rhetoric and a play on words. The pun on the name deliberately distorts its original nature as a comfortable chaise longue. Its soft lines, inspired by the typical sinuosity of the Jugendstil of northern Europe, the pronounced and elongated seat, lead to an instant analogy: in the artistic world, the dormeuse is turned into an enormous tongue, to represent metaphorically the internationalism and multilingualism that marks the history and identity of IFDM.
But the symbolism also refers to the values of passion and transgression that the new style transmits at the social and cultural level, in apparent opposition to the delicacy and formal discretion that the article of furniture – with its sensual appeal – stood for in the domestic context.
Perhaps the famous logo of the Rolling Stones comes to mind, the quintessential symbol of rock and anti-authoritarianism, the irreverence of those times and that generation, where an open mouth (Mick Jagger’s) stuck out its tongue (inspired by the Indian god Kali) to the world? Indeed it was a young student at the Royal College of Art in London, John Pasche, who designed what became an universal icon.