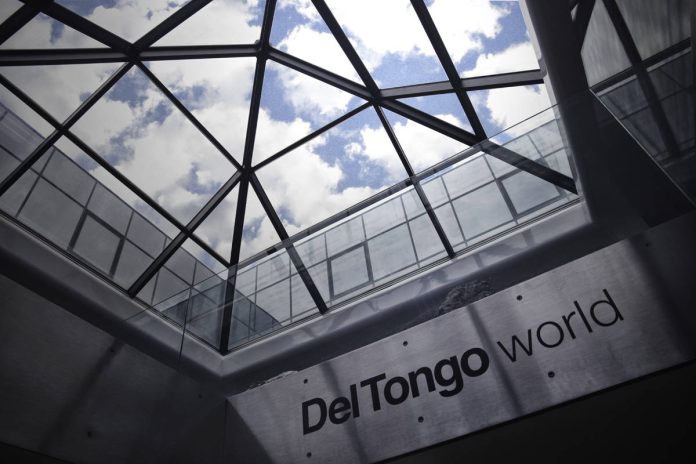 2016 was a positive year for Del Tongo in many ways, a year marked by a high level of growth both in terms of product and development of the distribution network. In the light of this development, Del Tongo opened 12 prestigious new retail outlets in Italy in 2016 and completely renovated two exhibition spaces of primary importance: the Flagship Store of Rome in Via Gregorio VII, a long-standing sales outlet of the company in business more than 10 years, and the company showroom in Tegoleto, 800 square metres of exhibition area, restructured according to a concept created by the designer Stefano Cresti.
The new Corporate Showroom in Tegoleto is now the perfect setting for displaying Del Tongo’s kitchen collection and for interacting with the public. “The new spaces have been furnished in line with a coherent image aimed at the company’s target clients, a public that can be described as “across the board” in contrast to the usual sector segmentation,” said Gianmaria Scortecci, Del Tongo Marketing & Communications. “This is because the Del Tongo product type is neither commercial nor luxury. This is actually a premium category that combines materials and artisan construction processes with efficiency and the qualitative standards and designs typical of industrial products.”

The company showroom was renovated to highlight all the details of Del Tongo’s kitchens and, primarily, the KS System, the innovative suite of kitchen furniture created “in tandem” by two leading figures: Alfonso Arosio, Del Tongo’s Art Director, and Giulio Cappellini, architect and guru of international design.  An extremely customisable system in perfect balance between highly-tailored processing and industrial production, KS System can be considered to be the symbol of Del Tongo’s growth and is the result of substantial product investment.
“The renewal of Del Tongo’s production cycle began around 10 years ago with an investment of around 6 million euros. That allowed us to completely eliminate inventories of semi-processed products and to produce only what the market ordered, as part of an integrated cycle with a lead time of 5 weeks,” continued Gianmaria Scortecci. “In addition to this investment, the product range was designed from new, rooted in a logic based on the German model. The cornerstone of the renovation has been the involvement of architects and designers of global repute.  The aim is to convey the uniqueness of Del Tongo’s system, which is expressed above all through the particular concept of production to order; a made-to-measure product, without surcharge or additional costs compared to the standard elements.”

The company expects to register growth at the end 2016 compared to 2015 thanks, in particular, to the results achieved in foreign markets.  Among the new markets in Del Tongo’s sights – through retail partners – are Spain and Kazakhstan. The business is also being given a remarkable boost in the Baltic Republics and in other regions of Asia and northern Europe, including France.

Good prospects for Italian kitchens and bathrooms thanks to export market