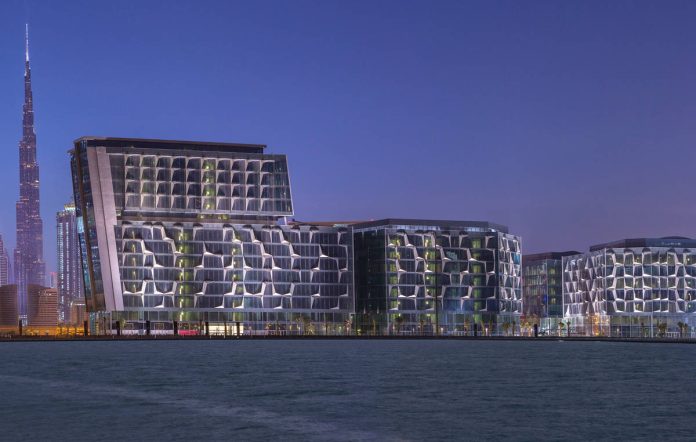 From the early hours of the morning, on Tuesday October 24 we immediately saw that the Dubai Design Week started this edition putting the foot on the accelerator.
In the streets drawn among the buildings of Dubai Design District (D3), a large number of visitors walks in and out of the spaces occupied by the protagonists of the event.
Begun in 2013 by the wish of the Prime Minister of the UAE, the DBX is gradually grown, year after year, finding credibility and consensus among the professionists of the sector: companies, investors and designers. A degree of scepticism is probably justifiable: DBX is an event held in Dubai, a city considered to be the quintessence of artificiality.

DBX has experienced slow, but upward and constant growth in recent years, reaching its culmination with this 2016 edition: a zenith generated by a combination of successful strategies and concrete results.

Notably, the significant development of D3, the leading partner and driving force behind the event whose spaces (both fixed and temporary) have gradually become more popular, promoting new and important cultural (above all the DIDI, Dubai Institute of Design and Innovation) and commercial partnerships. The vibrancy of D3 continues to attract industry professionals, investors, students and interested general visitors.

In order to properly evaluate DBX, it is necessary to consider the context in which it has developed. Dubai and the countries of the Middle East in general (or rather of MENASA, a recent evolution of the acronym MENA – Middle East North Africa, to which South Asia has been added) has never had an event that is as comprehensive as this: in terms of history and culture they are (were?) very far-removed from the frenetic design weeks of Milan and New York in particular.

But change is always around the corner: the wish for different scenarios, cultural (and commercial) curiosity and – an aspect that cannot be overlooked – the availability of funds, have meant that even the artificial city has put more than one concrete brick among its record of achievements. This is no coincidence, but the consequence of a project that probably does not view Dubai 2020 as its only goal, but as the first major milestone in a multi-stage race that in the near future will see the opening of the offices of 4 major global architectural firms: Santiago Calatrava, Zaha Hadid Architects, Foster + Partners and Benoy.

The growth potential of DBX is therefore still very large. In contrast to similar events worldwide, the Dubai event does not feature special involvement of trade in the various districts of the city: although the major retailers (Obegi, Aati and Interiors in particular) are exhibitors at Downtown Design, it still lacks the commercial, glamorous feel of Milan, New York, Miami, London and Singapore when, for one week each year, design is the buzzword. But the area’s distribution system lives by its own rules and has its own unique commercial approach.

DBX 2016 has sent a loud and clear signal of strength in all directions: like the new canals in Dubai, it will soon unite the city in a new and navigable route for everyone.

In love with sideboards!

Image, in the name of lightness