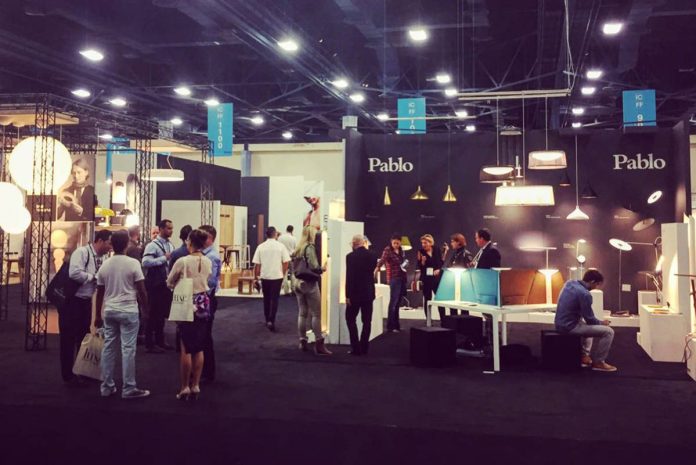 The Miami Beach Convention Center opens its doors wide to the first ever ICFF Miami, the twin event to the fair which has been held every May in New York City for 28 years now. With its rich heritage of experience, knowledge and strategy,  ICFF duplicates its event in sunny Florida, a coveted area which has been scrupulously studied by international sector professionals, thanks to its current prosperous market and the design dynamics that distinguish it.

These are some of the reasons that led the Emerald Exposition and director Kevin O’Keefe to expand the event by offering a second fair, exactly six months following the parent event in New York.

2 days, 2,300 square meters, 130 exhibitors and 3 thousand visitors are expected, including designers, architects, distributors, manufacturers, managers and developers. The variety of the fair (which encompasses interior design, lighting, floors and finishings, outdoor, materials, textiles, accessories, bathrooms and kitchens) is reflective of the geographical diversity of the companies exhibiting: Australia and Canada, Columbia, Brazil, France, Italy, Germany, Mexico, Holland and also Africa, Venezuela and Taiwan are among the many countries present.

Similarly to ICFF New York, the event in Miami is not just a fair, as it also includes an educational and cultural side with a series of talks held during the two days of the fair. The Editor Award is a not to be missed event.

The opening ceremony (on Wednesday the 5th) is held in a location of excellence: the Luminaire Lab. 15 thousand square meters of showrooms dedicated to modern and contemporary design, dominating the Miami Design District.

Comfort by Nube at FuoriSalone