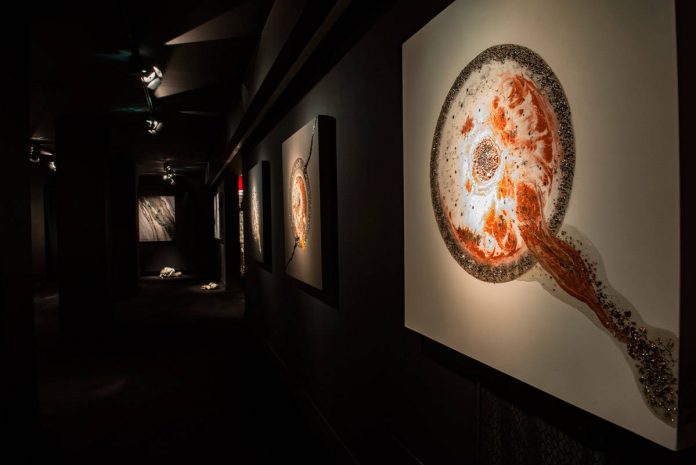 The Visionnaire Design Gallery in Milan has opened its doors to Stardust, a selection of the most recent work by Brazilian artist Geovana Cléa.

A conceptual exhibition that aims to present the Earth, perceived as a welcoming mother, a center of energy and creativity. The main source of inspiration was a river – the Trebbia, Cléa explains – that with its flow, sounds and colors accompanied the artist as she designed a meticulous exhibition expressed through the use of collected stones, used together with minerals, crystals and resin, in a sophisticated play of contrasts and transparencies. Flowing lines and shapes expand on the canvas in soft trajectories accompanied by bold colors and points of light that capture your attention.

Geovana Cléa, who is originally from Maceió, the capital of the northeastern state of Alagoas in Brazil, has lived in Italy for several years. She has exhibited internationally in cities including Lisbon, New York, Los Angeles and Basel, as well as the Venice Biennale, and last year she received the 2014 Carrousel du Louvre Award at the Fine Arts Paris fair.

The exhibition is curated by Marco Morandini. Swarovski and Gobbetto supported the artist in the production of the works on display.

A sustainable version of Food and Design