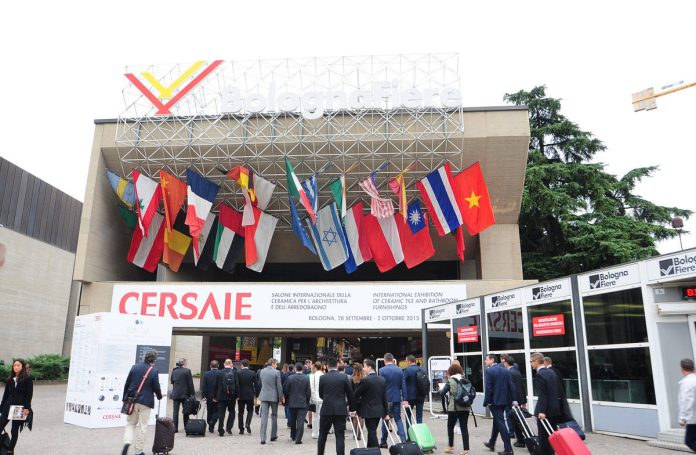 Three months after opening, Cersaie has announced that it is fully booked. Its 156,000 sq m of exhibition space has been completely taken up by leading ceramic and bathroom furnishing brands. This is thanks not only to the event’s international renown, but also to the themed spaces proposed by industry professionals. The Galleria dell’Architettura, Città della Posa and Agorà dei Media are some of the areas where various exhibitors display and illustrate their products in depth, captivating visitors. The 34th edition also boasts the Cafè della Stampa (Press Café) where the designers of the various newspapers compare notes about the current topics relating to the fair.

Pavilion 22 has also been completely booked up, demonstrating the interest among participants for the third year in a row. The Pavilion features the alternative products that are used alongside ceramics for covering horizontal and vertical surfaces.

Cersaie plays a central role for the ceramic industry – which takes up 16 pavilions – and the world of bathroom furnishings, which is condensed into 4 exclusive pavilions that include brands from all around the world. Emilio Mussini, president of the Promotional Activities and Fairs Commission, remarked that it is a “significant milestone” in Cersaie’s history. «It is a demonstration of the interest in the International Exhibition of Ceramic Tiles and Bathroom Furnishings – Mussini  observes – which is held annually in the city of Bologna, by Italian and foreign exhibitors from five continents».

Emanuele Orsini prepares for the presidency of FLA

Will eco halogen lamps be phased out as early as 2018?