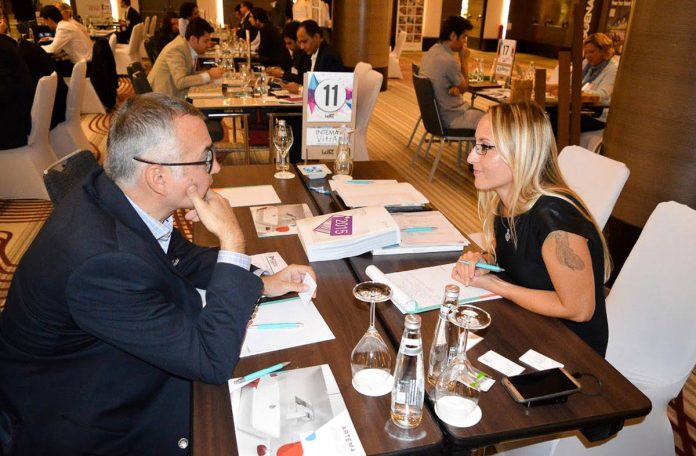 A new event for the world of design. This is Mission Italia, a meeting and contact platform bringing together designers from India, the Middle East and Africa and suppliers from among the most authoritative representatives of the Made in Italy brand, in a three-day meeting extravaganza (from June 8 to 10) at the Barceló Hotel in Milan. It is based on the Face2Face method, which is becoming as popular as it is effective. The event is organized by IDE–Ideas Designed & Executed, an Indian company which has been operating in the Investment and Real Estate sectors (now including also the Healthcare and Renewable Energy sectors) for the last three years.

50 suppliers, including Kartell, Rubelli, MGM, Atlas Concorde, Cizeta, Zucchetti, Italgraniti, Alpi and La Murrina, will be at the event to discuss over 200 residential, commercial and hospitality projects with 50 company buyers and decision makers, discussing.

The direct meeting and immediate interaction between major players in the field constitute the added value of this event, which aims to create a network of professionals and business opportunities, without the involvement of intermediaries.

Also at play are the increasing values of the markets concerned: the real estate sector in India is worth 190 billion dollars, while investments in infrastructures in Africa are expected to exceed 180 billion dollars by 2025, at an annual growth rate of 10%. The projects in the Middle East area in support of the Fifa World Cup 2022 in Qatar and Expo 2020 in Dubai, amount to 77 billion dollars. Not only are these numbers far from negligible, but they elicit the interest of Italian firms, which wish to play an active role in this scenario.

"This year’s summit promises to be an insightful one with panel discussions handled by experts in the respective domains – says Subish George Elias, Project Head – Mission Italia – The discussions are expected to be broad and would comprehensively cover all aspects starting from challenges faced by buyers in procuring Italian products to the growing competition among the Italian companies in Middle East, Africa, India".

IFDM, the official Mission Italia 2016 media partner, attending with the Spin-Off Contract&Hospitality Book – Spring/Summer edition- will accompany the guests to the event..