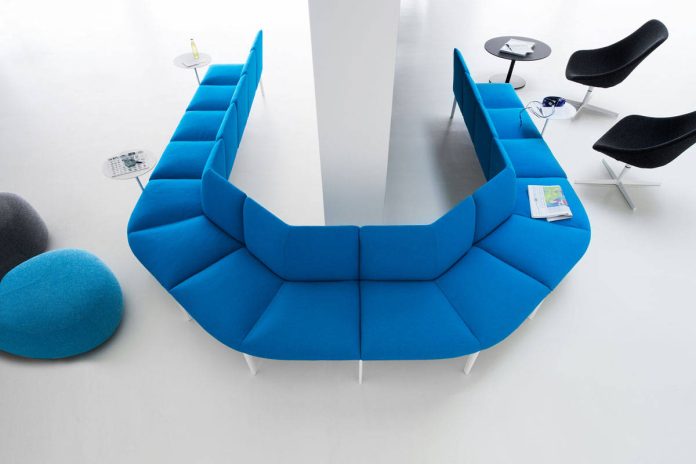 For its versatility, beaty and functionality, the bench system ADD of Lapalma won the Red Dot Design Award: Product Design 2016. The Award has registered over 5200 products and innovations from 57 nations, which were judged by 41 experts selected according to a very high judging competence and strict rules. The award cerimony will be on 4th of July 2016, but there is going to be more. All award-winning products will be presented in the special exhibition “Design on Stage” for four weeks, before becoming part of the permanent exhibition. ADD will be aprt of the collection, that fascinates the jury of the Red Dot and also the international public of the Milan Design Week; in fact, ADD has been protagonist within the window of Boscolo Hotel in the installation by IFDM, curated by Alessandro La Spada.

The seating system is perfect for contract spaces (hotel rooms, waiting rooms, lounge areas, offices, spaces in-between), and can also be fully integrated in residential contexts thanks to its natural personality and ease of use. ADD offers unlimited combinations. It can be lengthened, combined vis-a-vis or in S-shape, adapting to the existing architectural elements thanks to a side module (59cm), that is softly padded and upholstered in fabric available in a wide range of refined brilliant colors.

Innovation and technology for the sake of shape, two of the most important parameters for Red Dot assignment are featured in ADD by a universal base on which Fenix tops, seats, seatbacks and other equipment can be installed. Simple and compact elements can be obtained: from the two- seater sofas to articulated seating systems, more typical of the contract world, that can be completed with coffee tables, trays, magazine racks or side tables and equipped with storage for electrical connections to recharge smartphones or tablets.

Aesthetics and ergonomics, also taken into consideration by the jury, represent a winning alliance in the system: thus the pad’s convex shape highlight the seating space, further pointed up by a pronounced and contrasting stitch, a typical sign of craftmanship implemented on a industrial product.

Alivar. From sideboard to Tratto Bar

Decorating is a game thanks to augmented reality