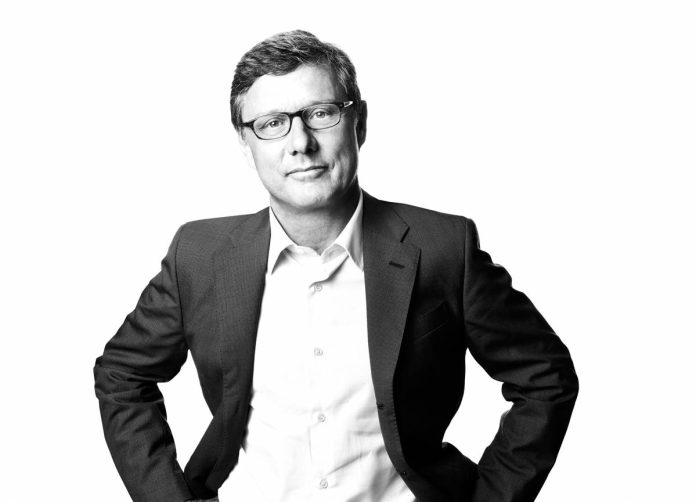 Boffi is one of the most important names in the history of design; every new kitchen becomes a “cult”, from the Minikitchen by Joe Clombo to Salinas, the most recent creation. How does the company manage to create projects with such a strong appeal?
Our prerogative has always been to pursue research and innovation, with regard to both products and materials, as well as to the “customs and traditions” of the kitchen. We work with great designers – such as Piero Lissoni, who has collaborated with us since the ‘80s, and Patricia Urquiola, the creator of Salinas – while always staying true to our style. What makes us stand out is our desire to find innovative solutions and our intuition. I should stress that Boffi’s commitment to innovation is always very concrete: the road to renewal must be viable and must lead to a system that works. Every single kitchen that we produce requires an enormous investment by the company.

How much time do you invest in the design alone?
After coming up with the general concept, it takes at least six months before the actual project is begun and around two years to complete it. Salinas, for example, is constructed on the basis of completely different logic to the other kitchens because it does not feature traditional boxes/containers, but an iron supporting structure that consists of around 100 base-elements. Once the components were defined, we worked on Salinas for another year in order to fine-tune everything. Ultimately the entire process took three years. And it is a project that really works. But sometimes it takes even longer than three years. What I mean is that if a company intends to take a different approach towards creating a kitchen, there is a high “risk factor”, considerably higher than, for example, the design of a new sofa. And nowadays there is even less margin for error than there was before.

What is changing in kitchen design – what has influenced the new designs?
A great deal is changing. Until four or five years ago only lacquers and laminates were used, but today we are working on actual materials. This is partly because there is less to say about form: we are witnessing a fragmentation of styles, both for minimalism, which has become slightly less minimal, and classicism, which has been scaled down. Creating a striking effect seems to be the most important thing, so more material is added. The kitchen communicates with the house and uses large islands and wall-cupboards that conceal appliances. Normal domestic appliances will vanish, while professional appliances will be put on show, as is already the case in American-style kitchens with an “industrial” look.

The partnership between Boffi and De Padova, another design “giant”, was enthusiastically welcomed by the public and certainly represents a great step for both companies….
This important new deal, in which both brands will retain their own identities, is part of the strategy to develop Boffi in the direction of other sectors. In 1990, Boffi expanded its product range with a bathroom line and in 2010, with wardrobe systems. But it wanted to go further by finding a brand that would complement Boffi, integrating its range with furniture for the rest of the house. This led to an agreement with De Padova, a historic company with which we share a vision, aimed at creating an outstanding, completely integrated design platform.

This synergy is reflected in the new exhibition space located in Milan.
The De Padova showroom in Via Santa Cecilia exemplifies the fusion between the two companies, even though each one will continue to maintain its individuality. It is a large loft with a complete interior range, which feels like a welcoming, stylish house rather than a store. The idea is to create spaces similar to the one in Milan, at Boffi Chelsea or Boffi Soho in London, making use of the extensive network of direct stores, both in Italy and in various countries worldwide. The partnership with De Padova will ensure that we have a lot of flexibility in terms of projects and greater strength in the contract-furniture industry. Boffi will consequently be larger, without becoming “too big”. Because it fully intends to maintain its own identity.

How important is contract for Boffi, in Italy and abroad?
Last year, Boffi achieved a rate of 20% growth, which was largely due to contract, which has been especially developed abroad. We began to undertake major projects in New York, Miami and London, ongoing projects which guarantee us continuous work in the coming years and in which we would like to involve De Padova. In Italy, on the other hand, contract is undergoing slight growth, with small projects.

We are expecting great new developments at Eurocucina and Salone Bagno. Can you gives us a sneak preview?
We are researching new materials: metal, stone and wood, as well as special coatings, which will make the kitchens truly exquisite. The kitchen will be centred on the complete fit of the project. There will also be a strong focus on the interior of the containers, to intelligently accommodate objects and utensils. Additionally, there will be original solutions for the outdoor market, which is small, but very interesting. Various collections were presented in 2015 for the bathroom industry, which will be further enhanced this year. We don’t want to get caught up in the “mania” of only presenting new products at all costs!

The two faces of Capri Executive

As thin as possible