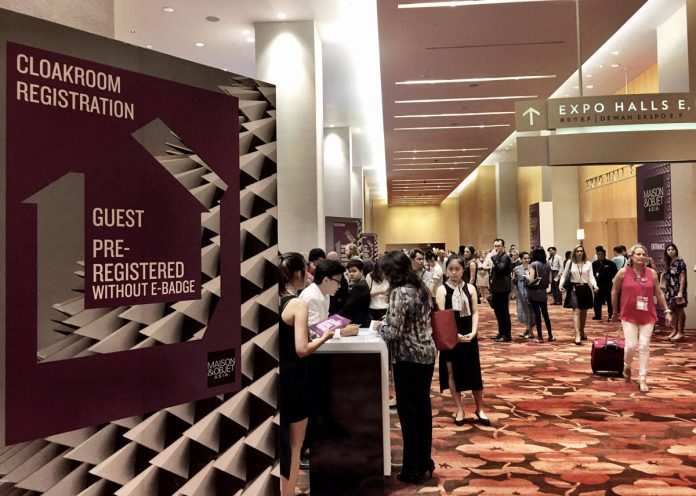 During Singapore Design Week, considerable space is given to Maison&Objet Asia, the third edition of an authoritative showcase for more than 300 international brands that are exhibiting from 8 to 11 March at Marina Bay Sands Expo in luxuriant Singapore.

Among the most prominent international trade fair events in the field of design and home decoration, Maison&Object Asia also attracts attention with its series of Interior Design and Lifestyle Summit lectures, 20 events at which established experts in the field discuss different themes in many categories such as Conversations, Country Focus and The best Interior Design.

Andrè Fu, named Designer of the Year by M&O Asia, Tony Chi, President of the New York Tonychi & Associetes, Ken Okuyama and Stanley Ruiz are just some of the speakers, who come from or work in Asia and will bring all their experience to the meetings; the themes that form the backdrop to the talks range from Interior Design in Australia: The New Deal to New Horizons and the Asian Promise.

Singapore thus becomes a base for the best international design, thanks in part to the trade fair in question, organized by Safi Asia, which maintains its originality with 40% of brands that exhibit exclusively at M&O Asia.

Borzalino, Nahoor, Talenti, Frigerio, Gallotti & Radice and Teckell are among the Italian exhibitors at the Sands Expo and Convention Centre, along with their most glamorous collections, in line with the general climate that reigns in the multicultural Asian cities.

Moreover, at each edition, Maison&Objet Asia rewards both the Best Designer of the Year, awarded to Andrè Fu at this current event, who has been involved in different creative projects worldwide, and to Emerging Asian Talents.

Creativity, innovation, diversity and market trends are the key words of the highly-anticipated Maison&Objet Asia, a breath of fresh air in the design world.

More, the new brand of Provasi