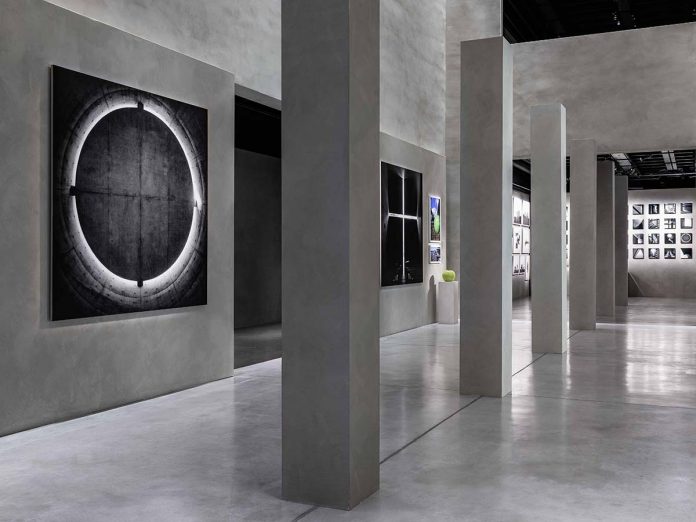 The completion of the complex project of restoration and expansion of the Bourse de Commerce in Paris at the end of 2019 will also mark the 50th anniversary of the activity of Tadao Ando, who opened his studio in Osaka in 1969.

The new museum commissioned by the Pinault Collection, with a project by Tadao Ando Architect & Associates, NeM / Niney & Marca Architectes, Pierre-Antoine Gatier and SETEC Bâtiment, is one of over 50 works of the contemporary master gathered in the exhibition The Challenge set up at Armani/Silos in Milan, replicating the retrospective curated by Frédéric Migayrou, vice-director of the Musée National d’Art Moderne – Centre de Création Industrielle, and by Yuki Yoshikawa, associate curator, together with the Tadao Ando Exhibition Committee, at Centre Pompidou at the end of 2018.

This is also the first showing of the project for the Armani/Teatro created by Tadao Ando at Via Bergognone 59 in 2001, with the refurbishing of 3400 square meters of the former Nestlé factory.
To honor the achievements of the award-winning architect and to illustrate the affinities, since the first collaboration, with Giorgio Armani, the latter has brought The Challenge to his space at the Armani/Silos, completed a few years later, in 2015: “Tadao Ando is an absolute master of architecture, with a unique aesthetic very close to my way of seeing things. I sincerely admire everything he does.
I am very happy about this new collaboration, and I believe that Armani/Silos, with its rigorous, evocative atmosphere, is the perfect place in which to express all the poetry and power of his work.”

The exhibition itinerary retraces the career of Tadao Ando through his most significant achievements, from the Row House at Sumiyoshi – Azuma House (1976), to Naoshima (1988 until the present), and the Bourse de Commerce of Paris (fall 2019), focusing on four main themes: primitive forms of space, an urban challenge, landscape genesis, dialogues with history.

Each work is extensively illustrated with sketches, video installations, technical drawings, travel notes and photographs taken by Tadao Ando himself, and above all by original models, many of which are in wood, magnificent works-within-works, ‘small’ but grand in their ability to narrate the individual projects and the principles behind them.
“I like to make works of architecture that can last forever, not in the substance or in the form, but as an indelible memory in the hearts of men,” he explains. “When architecture comes to terms with events, new dialogues come to life.

They are dialogues that speak to the soul of people. How can I give form to these dialogues, so they will be fundamental and fertile? There is no absolute answer, because every project develops in a given context. This is what makes architecture such a thrilling challenge. Even today, after half a century, I am impatient to come to grips with the infinite challenge of creating architecture,” Tadao Ando says.

IFDM, a history on display

Rebellious and idealist for over 100 years