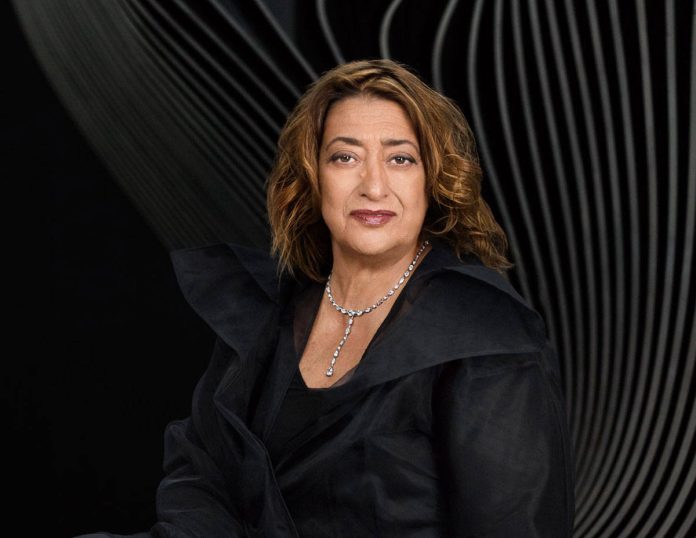 The Royal Institute of British Architects (RIBA) has yesterday announced that Zaha Hadid will receive the 2016 Royal Gold Medal. She will be the first woman to be awarded the prestigious honour in her own right.

The architect, born in Baghdad but based in London, has been selected for her significant influence “either directly or indirectly on the advancement of architecture”, expressed through a brilliant international career and her theoretical and academic work.

Already first woman to be awarded the Pritzker Architecture Prize, Zaha Hadid has marked a new turning point, conquering the most important honour of the United Kingdom – approved personally by Her Majesty The Queen – that in the past has seen renowned personalities nominated, as Frank Gehry (2000), Norman Foster (1983), Ludwig Mies van der Rohe (1959), Le Corbusier (1953), Frank Lloyd Wright (1941) and George Gilbert Scott (1859).

«I am very proud to be awarded the Royal Gold Medal, in particular, to be the first woman to receive the honour in her own right – Hadid said – I would like to thank Peter Cook, Louisa Hutton and David Chipperfield for the nomination and Jane Duncan and the Honours Committee for their support. We now see more established female architects all the time. That doesn’t mean it’s easy. Sometimes the challenges are immense. There has been tremendous change over recent years and we will continue this progress».

Her notable projects include the Heydar Aliyev Centre in Baku (2013), the London Aquatics Centre for the 2012 Olympic Games (2011), the Guangzhou Opera House in China (2010), the MAXXI: Italian National Museum of 21st Century Arts in Rome (2009), the Rosenthal Center for Contemporary Art in Cincinnati (2003).