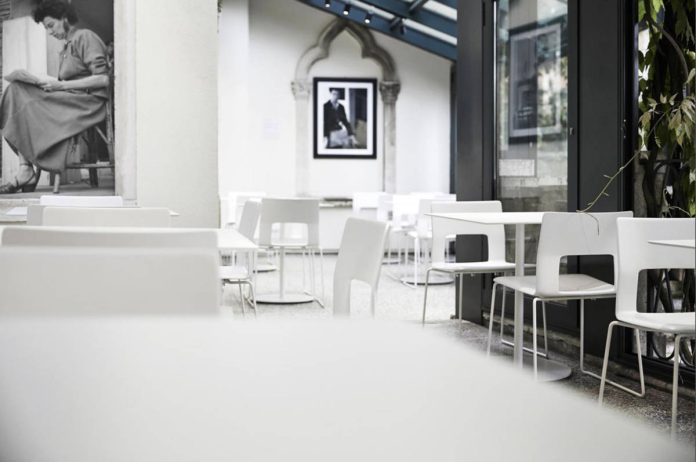 Palazzo Venier dei Leoni is an extraordinary unfinished 18th century building overlooking Canal Grande in Venice. Its history has interwoven with the history of 20th century art since 1948, when it become house of the great collector Peggy Guggenheim. In 1980, a year after her death, the building was transformed into one of the most precious museums dedicated to 20th century art.  Inside it, the Peggy Guggenheim Café is situated on the veranda facing the internal garden. On the project by Hangar Design Group, this bright space has been furnished with Desalto’s Kobe chairs, barstools and tables, designed by Piergiorgio Cazzaniga.

A villa in Spain designed by Monica Armani

A meeting of excellence