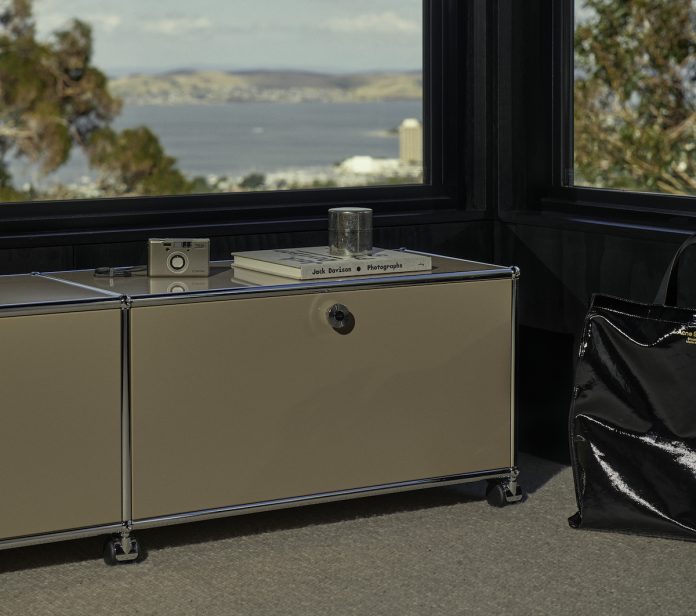 From the outside, Slow Beam seems like a squared linear building, camouflaged in the natural landscape thanks to its wood cladding. But beyond the threshold of this “home-refuge” immersed in greenery, the atmosphere becomes much more lively, thanks to interior design with a modernist, retro approach. Also thanks to many furnishings by USM Modular Furniture, in a wide range of compositions and tones. 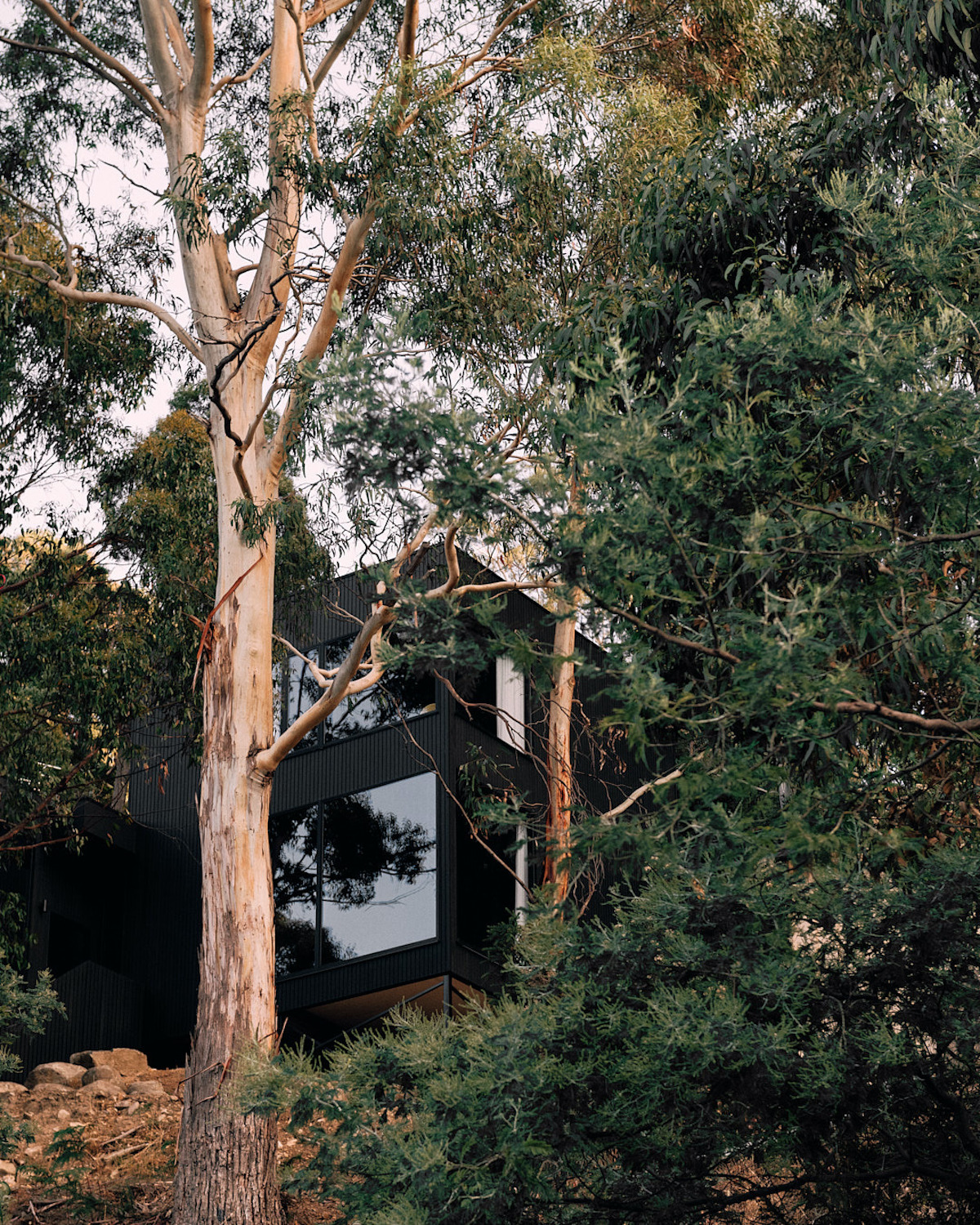 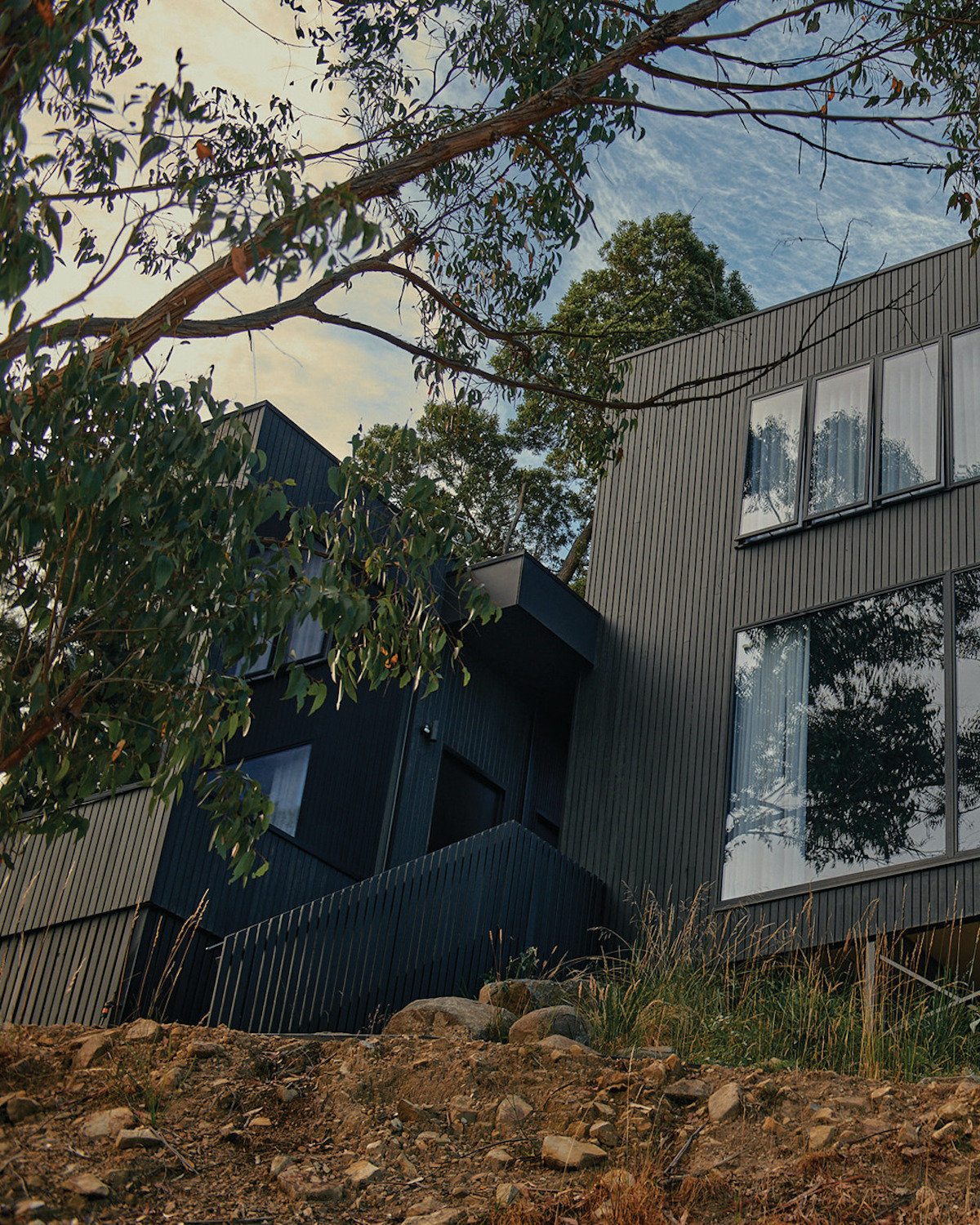 We are in West Hobart, Australia. Slow Beam is the second home of Lauren Bamford, photographer, and her family, residing in Melbourne. Designed by the architect and friend Sarah Trotter of Hearth Studio, the dwelling exists in total continuity with the place, in a context that has determined its architectural characteristics: from the embankments abandoned by the previous owner, two interconnected buildings have been constructed, adapting to the steep, wild slope, with two incomparable views: at the back towards a sloping meadow that terminates against a rocky wall, and at the front, where the gaze reaches towards the Derwent River. 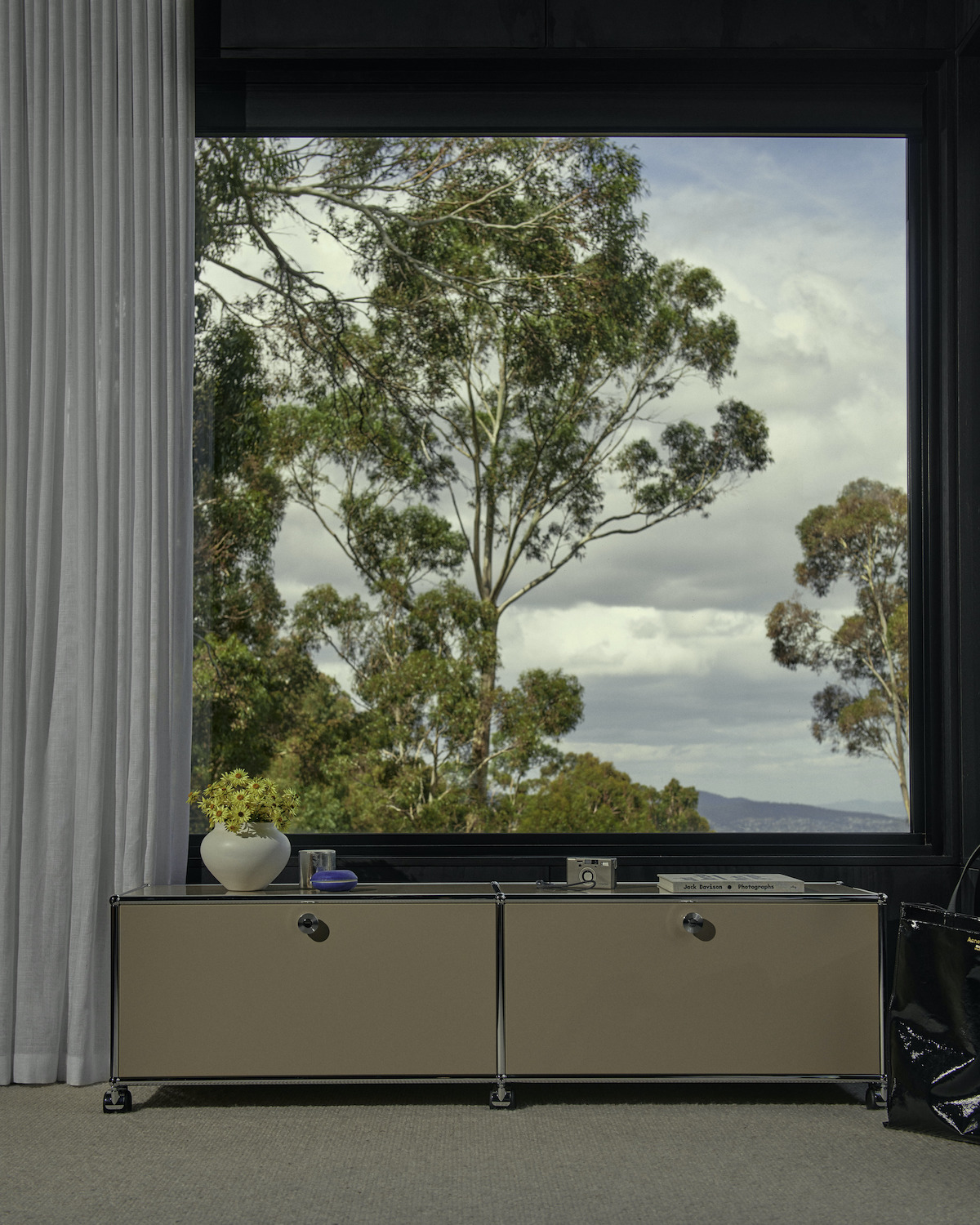 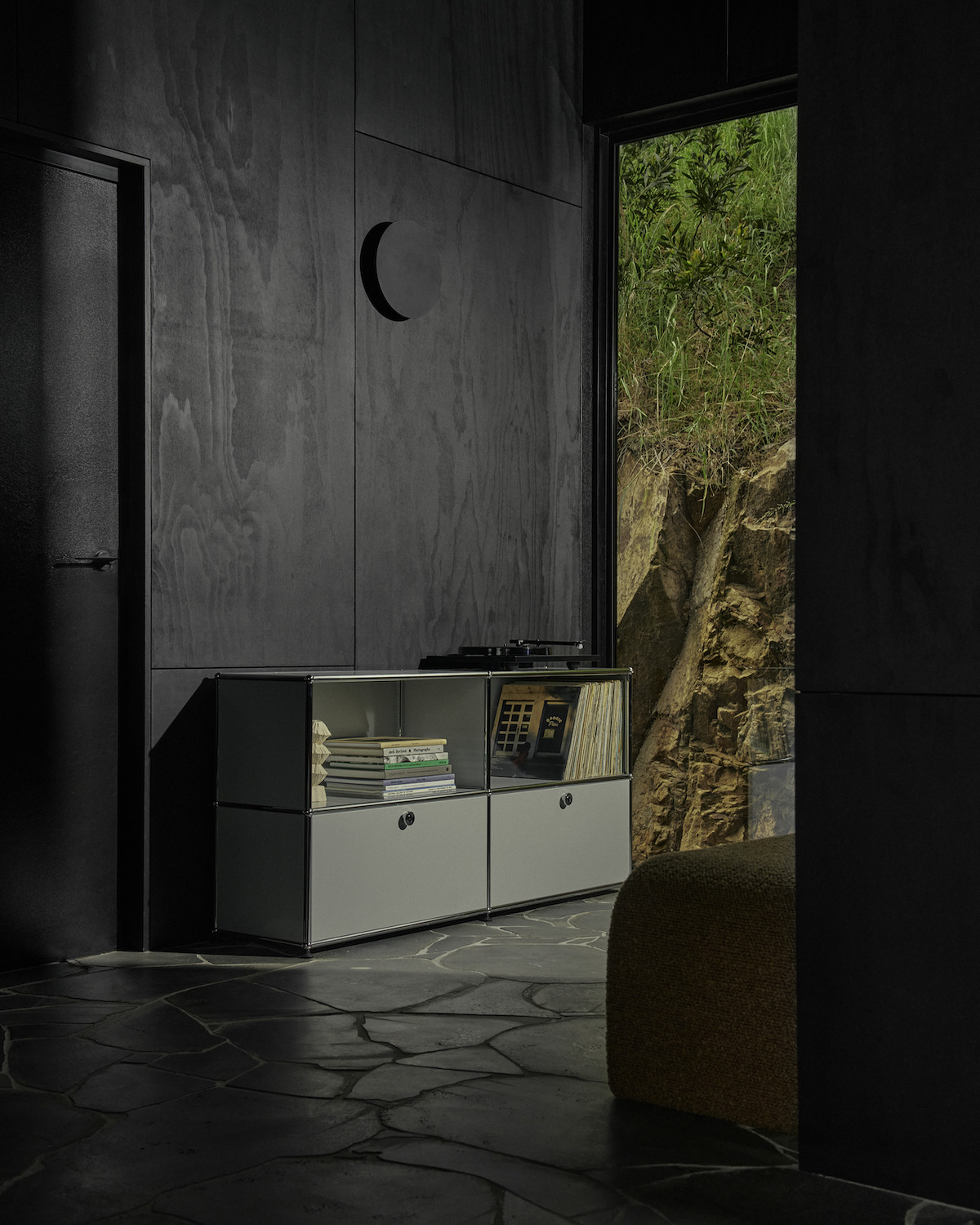 The position, at the edge between urban life and primordial nature, has also influenced the interior design choices, which bring this dichotomy inside. “From the outset, I knew I wanted something dark and moody – says Lauren Bamford. – I very much liked what March Studio had done with concrete beams in the lobby of the Hotel Hotel in Canberra. I also wanted an overall aesthetic composed of a dark base and enlivened by a range of daring colors.”
The result is an architectural frame in dark wood, which from the outside spreads between the walls, along the floors and up to the ceilings, remarkably lightened by large windows for natural brightness. 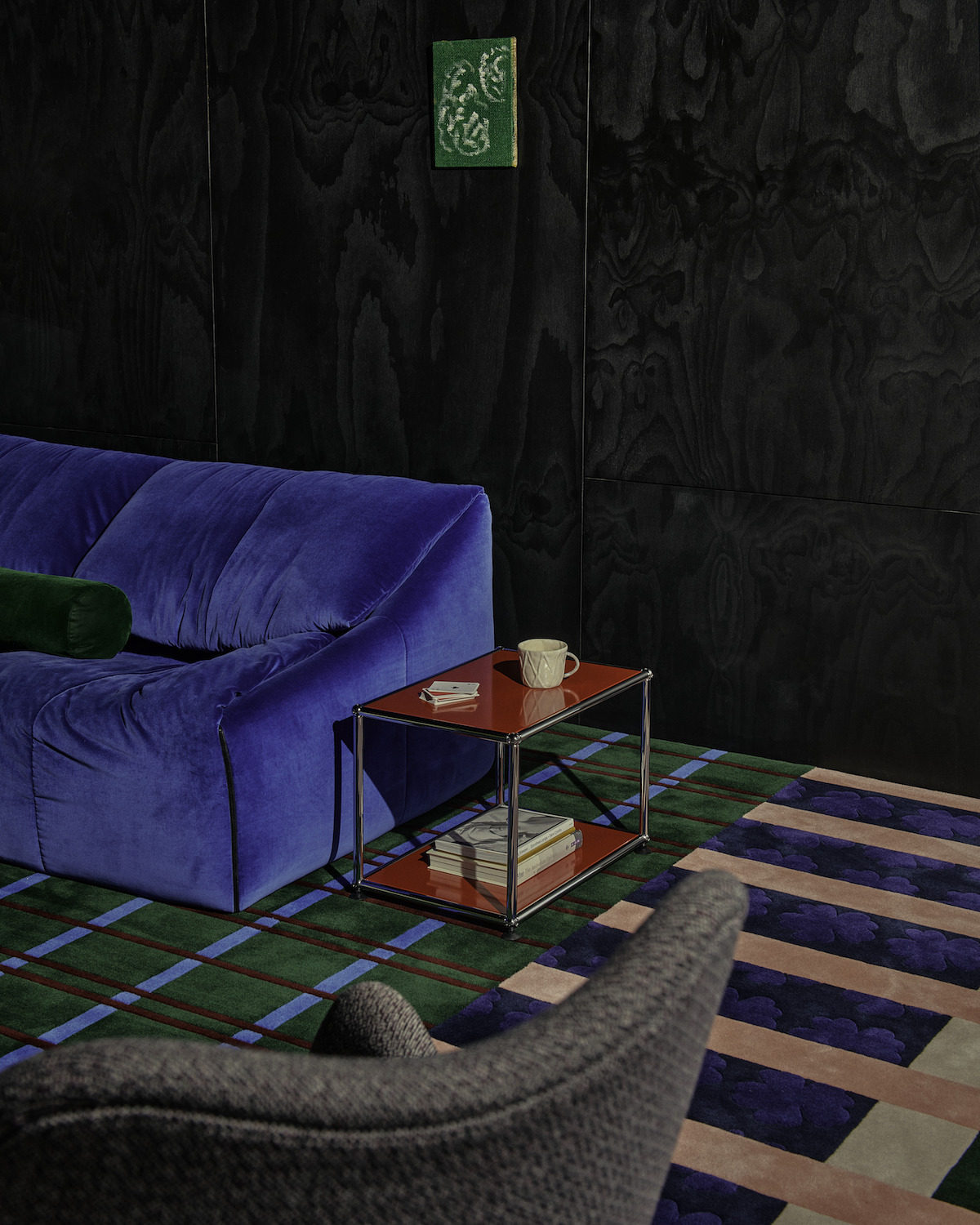 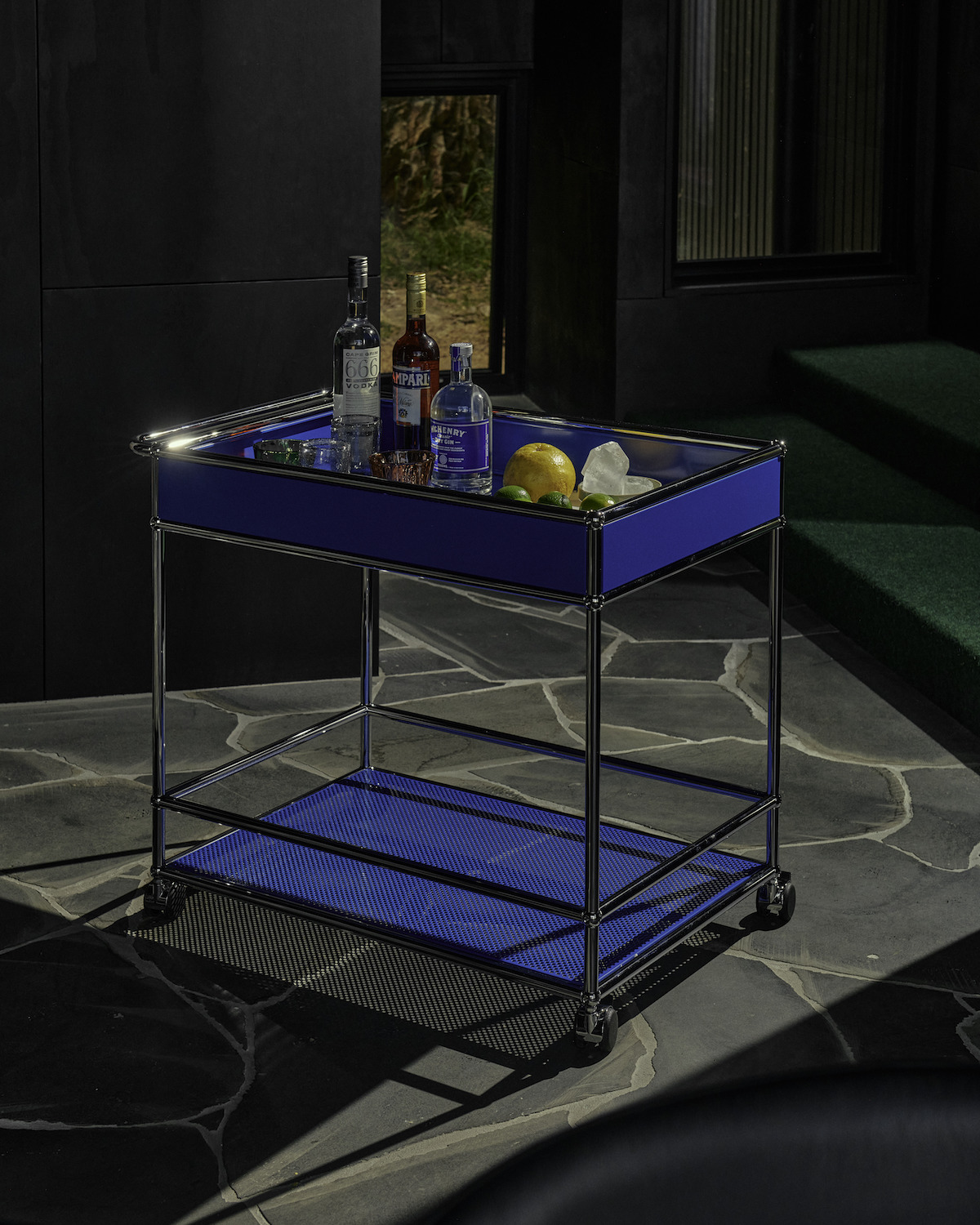 On this base the furnishings stand out as vivid presences, in various forceful hues; the design is modern, with items from the 1950s and 1960s, while works of art add character to the spaces. The creations – in terms of art and décor – are all made in Australia, with the exception of the extensive use of systems by USM. Multiple compositions of the Swiss brand’s offerings combine practicality and good looks, relying on a very wide chromatic spectrum. In the living area they are storage elements, sideboards, coffee tables, even an original bar trolley; in the night zone, they are placed next to the beds or utilized in the closet as a spacious weekly dresser. 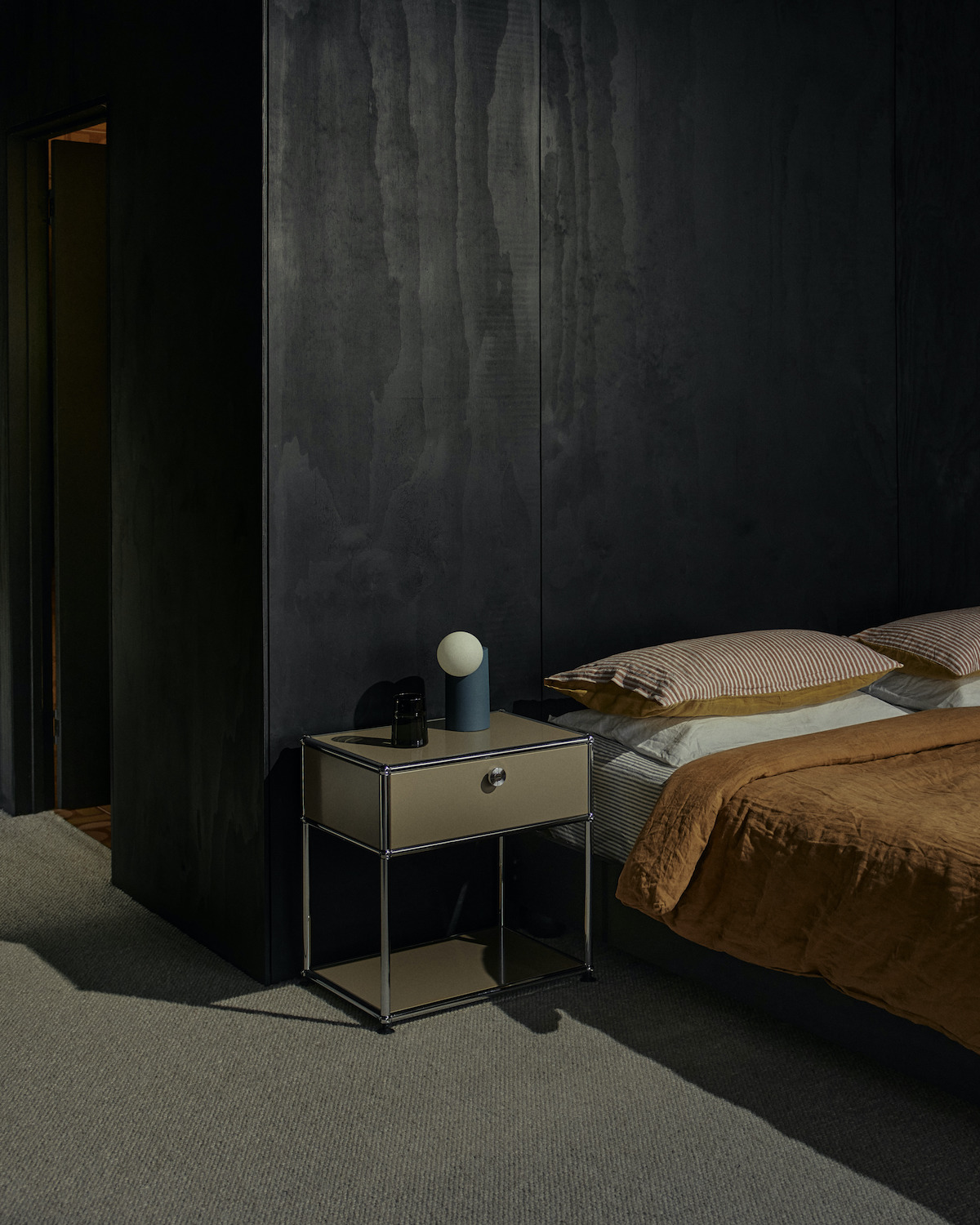 The art and design objects have been precisely arranged by the owners, guided by their personal passions, tastes and experiences, to create a place that reflects their identity.

New approaches to profession. A lesson from Maurizio Riva

Ten small Vatican Chapels plus one