The design of everyday useful objects done in collaboration between machines and people forms the basis of the work of the award-winning creative brand oio. Based in London and formed by the former Google staffer and designer Matteo Loglio, the designer Simone Rebaudengo and giosampietro, jewelry and ‘hypercraft designer,’ oio has invented the design method of Artisanal Intelligence, relying on the use of artificial intelligence from the idea to the production of an object. 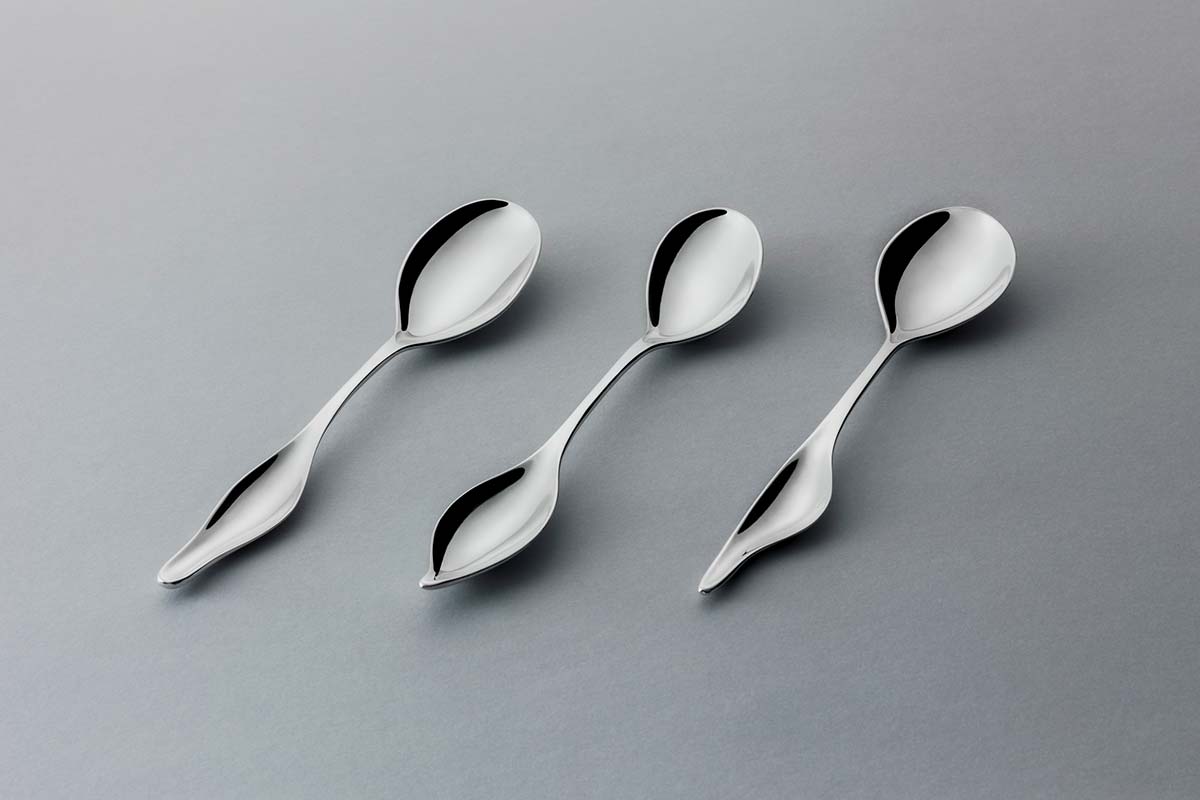 This is how Spawn was born, a collection of three silver spoons that represent one of the first nuclei of everyday useful objects formulated in collaboration with artificial intelligence. Products in a limited edition of 100 pieces, the Spawn spoons will become collectibles that can be purchased on the online store of oio. 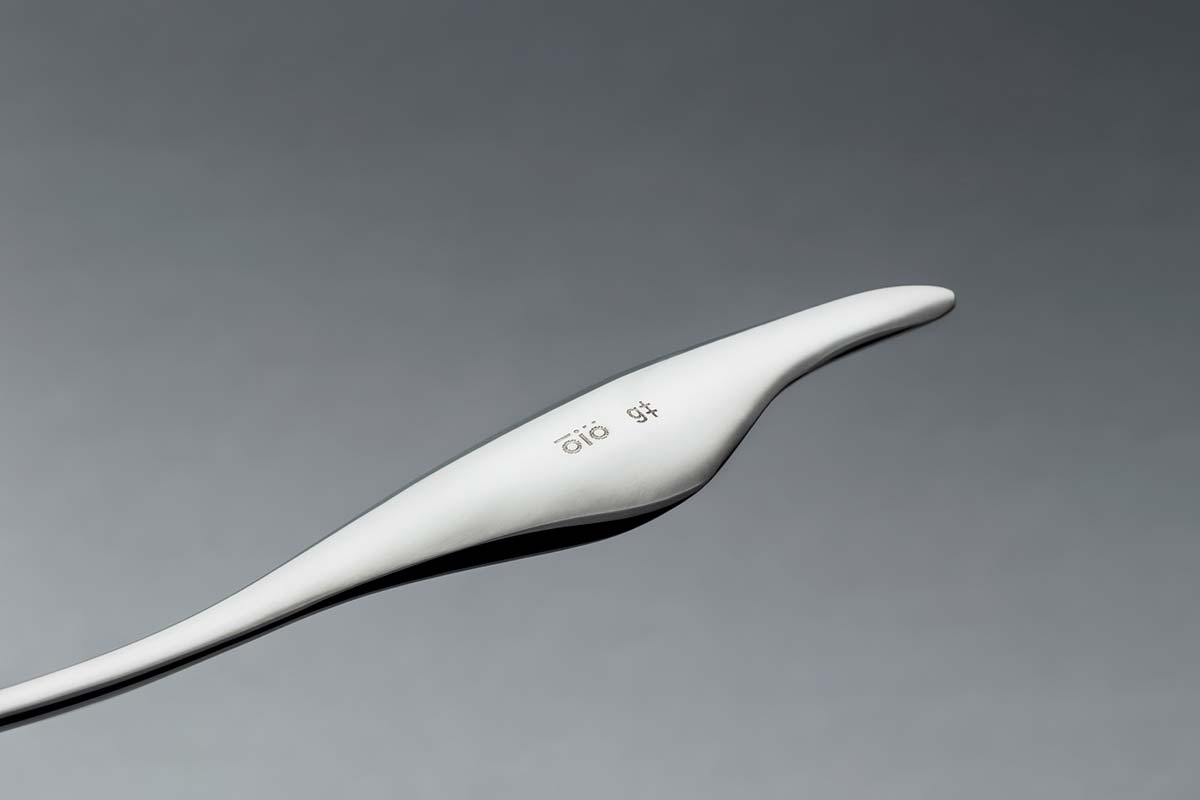 “In 1952 the architect and designer Ernesto Nathan Rogers wrote that by carefully examining a simple object like a spoon, one could understand the type of city and society that had produced it,” the team at oio explains. “Inspired by his ideas, we have worked together with algorithmic machines to create a spoon for our times: the Spawn collection. It is a spoon but not a spoon. Generated by machines and created by humans.” 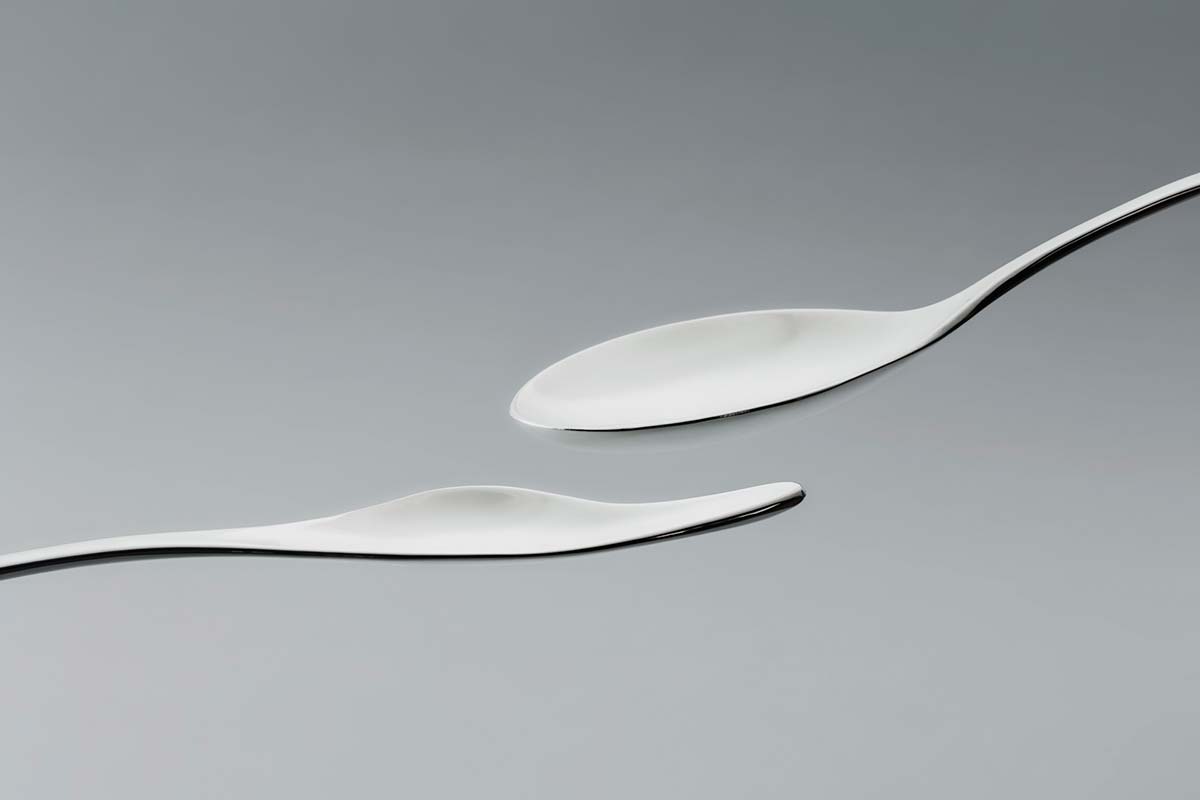 With their particular, almost fluid forms that take their cue from Surrealism, the spoons are the result of the encounter between advanced technology and crafts know-how: unlike what we might imagine, their production – over a one year span – has taken place in a prestigious Venetian silverware factory, Greggio Argenterie, using metal that meets the requirements of the Grand Hotel Standard, one of the highest grades of quality for silver.

To create Spawn, oio assembled an archive of thousands of images of dining accessories from past centuries, creating what is known as a dataset. After sending the dataset to a generative algorithm, it began to learn from the images, until it was capable of generating new flatware designs on its own.

From this output, oio has selected the most interesting and surprising designs – which suggest unexpected forms and functions – then translating them into a series of finished drawings for use in industrial production.

A bridge between past and future