A true tribute to nature, to the balance between elements and their opposites. Healing Stay Kosmos is a luxury resort perched on the rugged mountain of the South Korean island of Ulleungdo, which seems to ‘pierce’ the sky with its sharp point. 120 km from the mainland, the island is a layer of volcanic rock formed approximately 2.5 million years ago after an eruption. Over time this island acquired a mystical aura due to its primitive nature and an ecosystem that has been preserved as a result of the challenges involved in reaching it. A sacredness which architect Changjoong Kim, from The System Lab studio, had to incorporate, seeking first of all an interaction with the location’s energy, a collection of rocky formations, forests of cedar and juniper, mountain paths, waterfalls, creeks, and caves that enchant the eyes and soul. The choice was to create a spiritual dimension, but through the use of avant garde technology and design. The shape of the structure, made from extremely high performance cement, recalls the vortex of the sun’s and moon’s movements in meteorological and astronomical readings: elliptical portions created to be in dialogue with the landscape and to connect guests to their ‘qi’ energy, the individual ancestral essence within each of us. 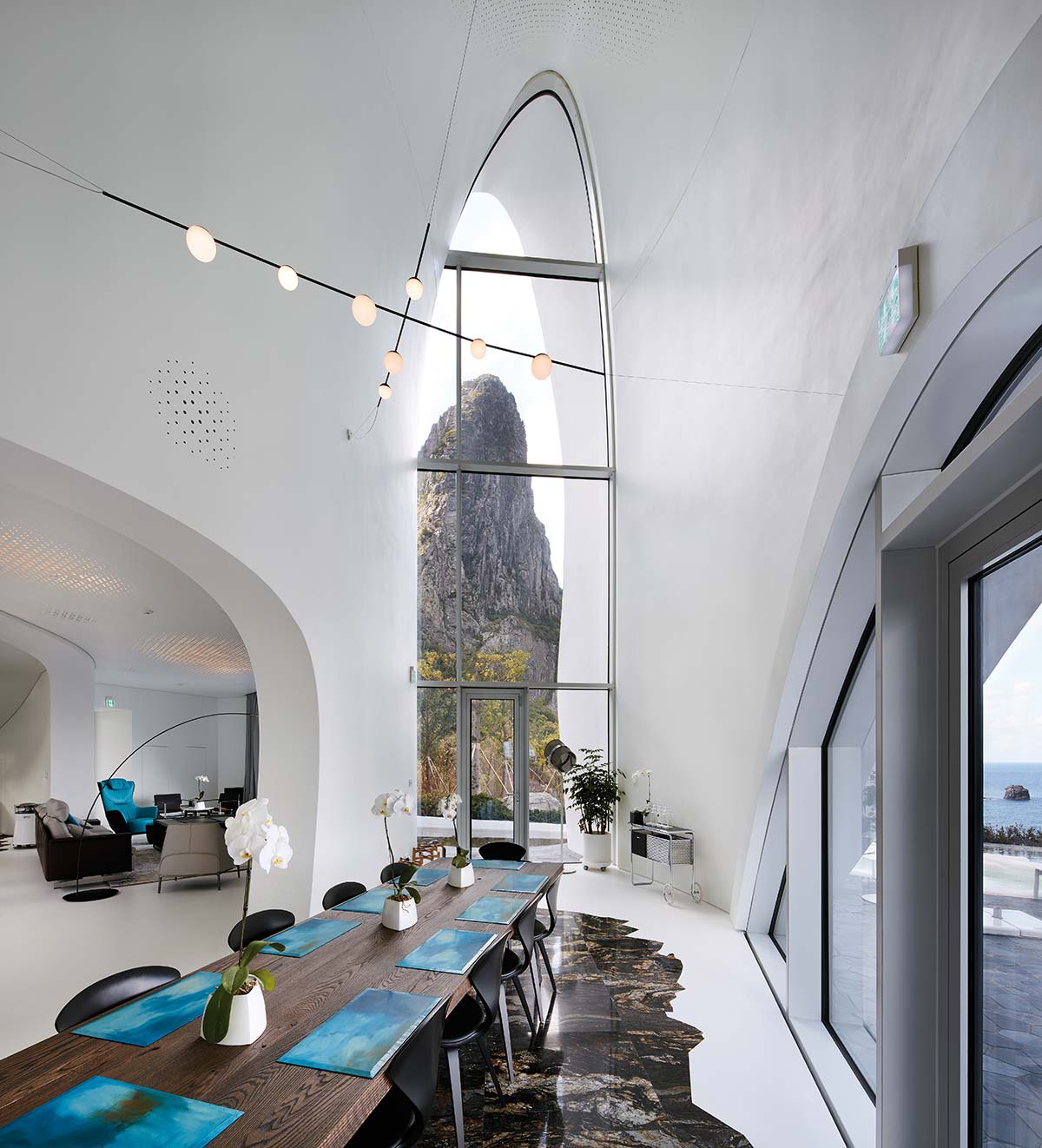 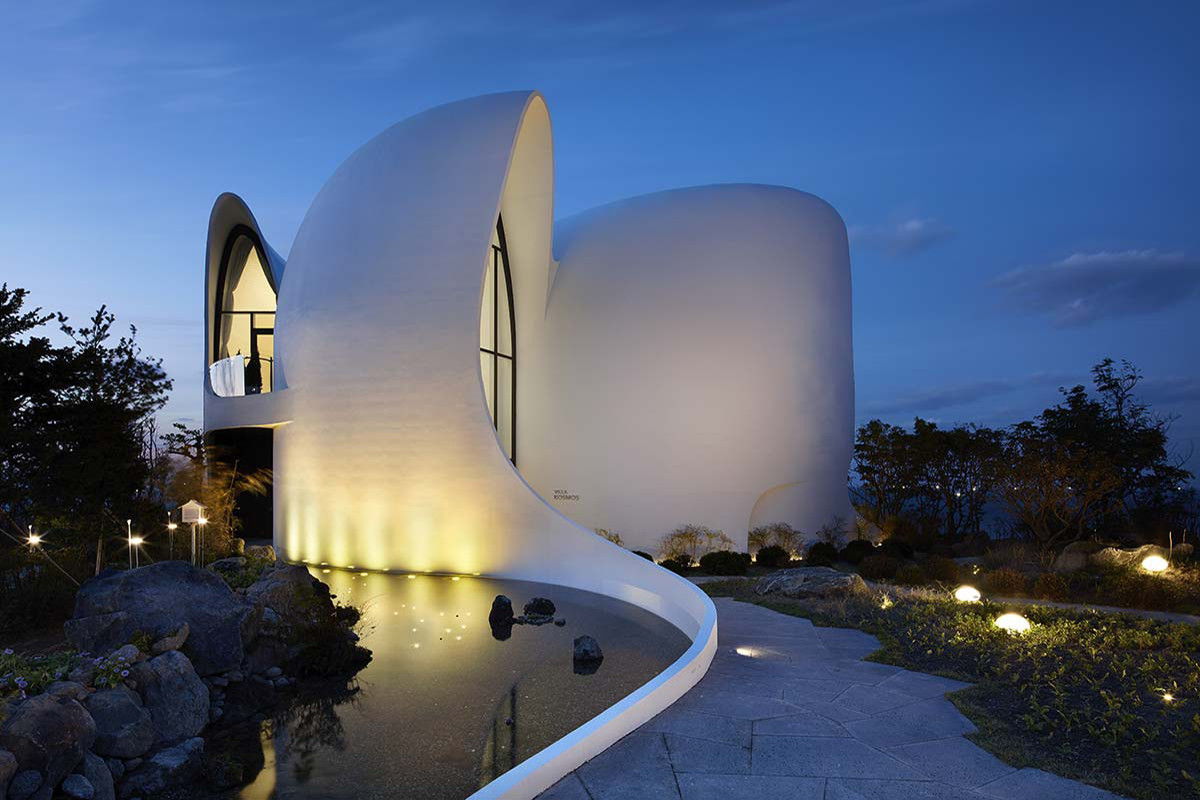 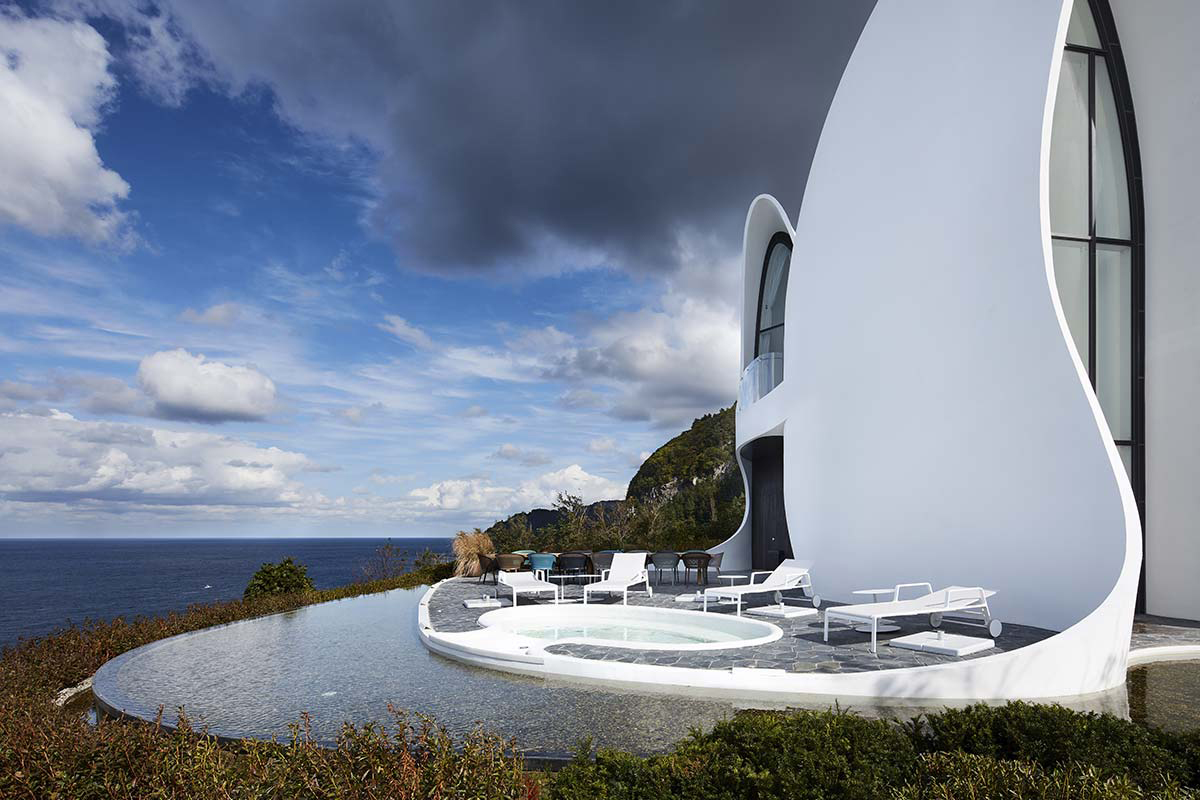 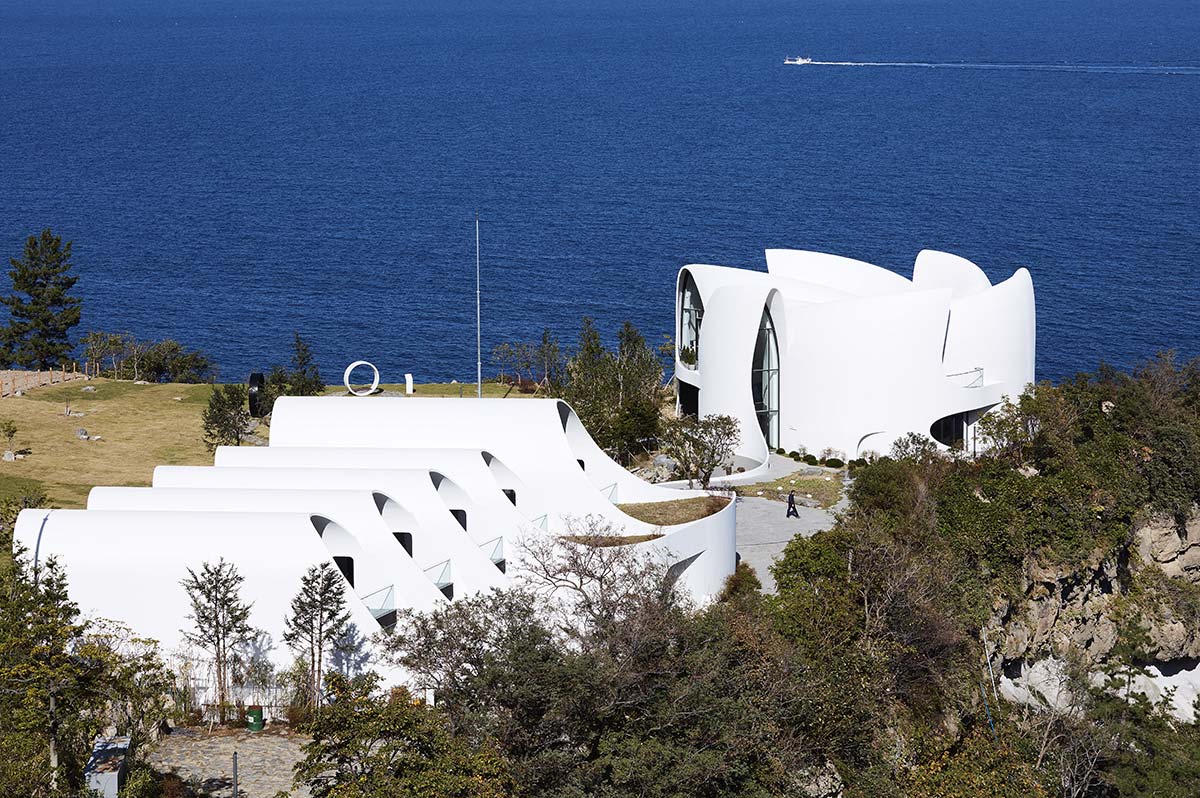 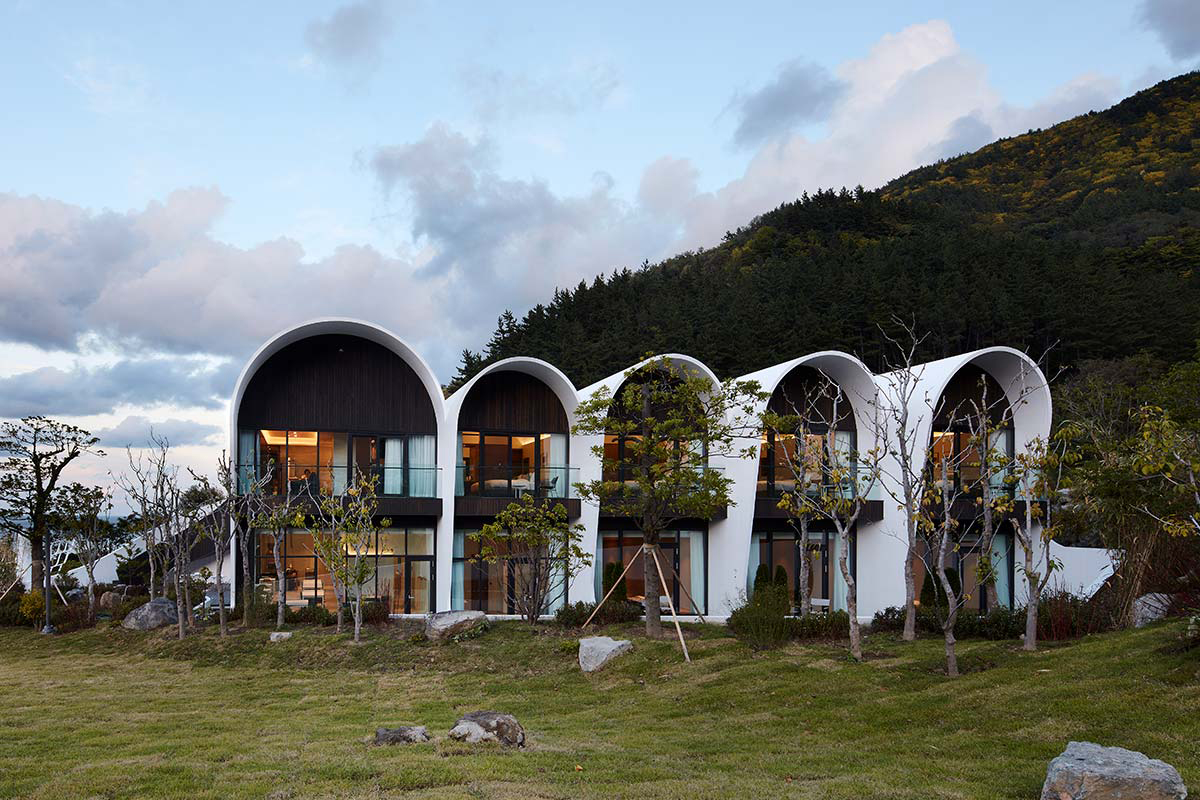 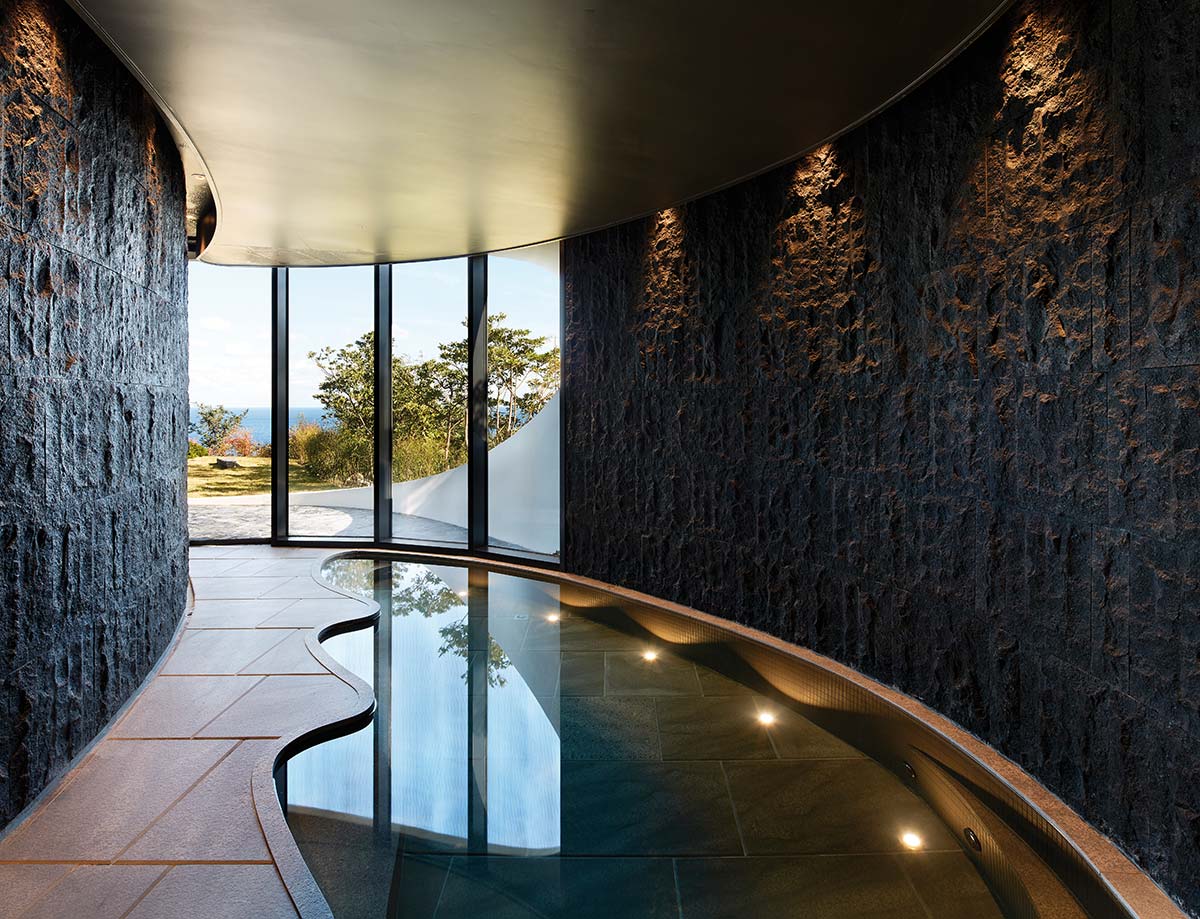 With these structural ‘attitudes’, the hotel is divided into two entities: Villa Kosmos, a residence with four rooms available to guests as a whole unit; and Villa Terre, with eight rooms of varying sizes and capacities, including one with Korean On-dol (beds). The interior design project, also by The System Lab, adheres to this ascetic style as well and seeks to capture the spirit of the universal elements through various motifs and materials – Mars (fire), Mercury (water), Jupiter (wood), Venus (gold) – with furniture specifically designed by Korean designer Hun Jeong Lee combined with ‘timeless’ pieces, Alaska by Emilio Nanni, Ghost by Cini Boeri, and the GJ Bow Chair by Grete Jalk. Of course body and mind are inextricably connected and so, at Villa Kosmos, there is no shortage of saunas and jacuzzis filled with water mixed with snow collected from the Nari basin. 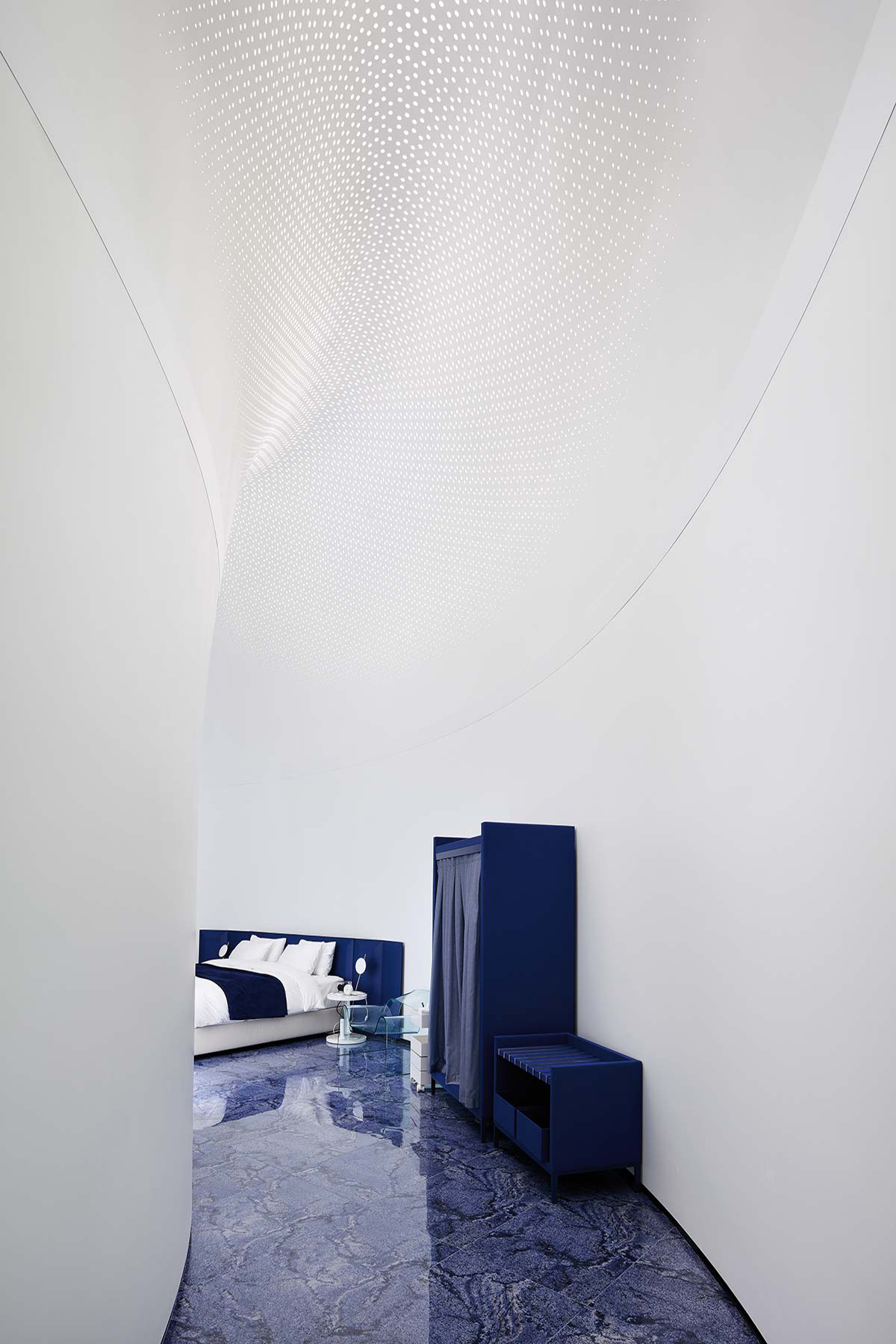 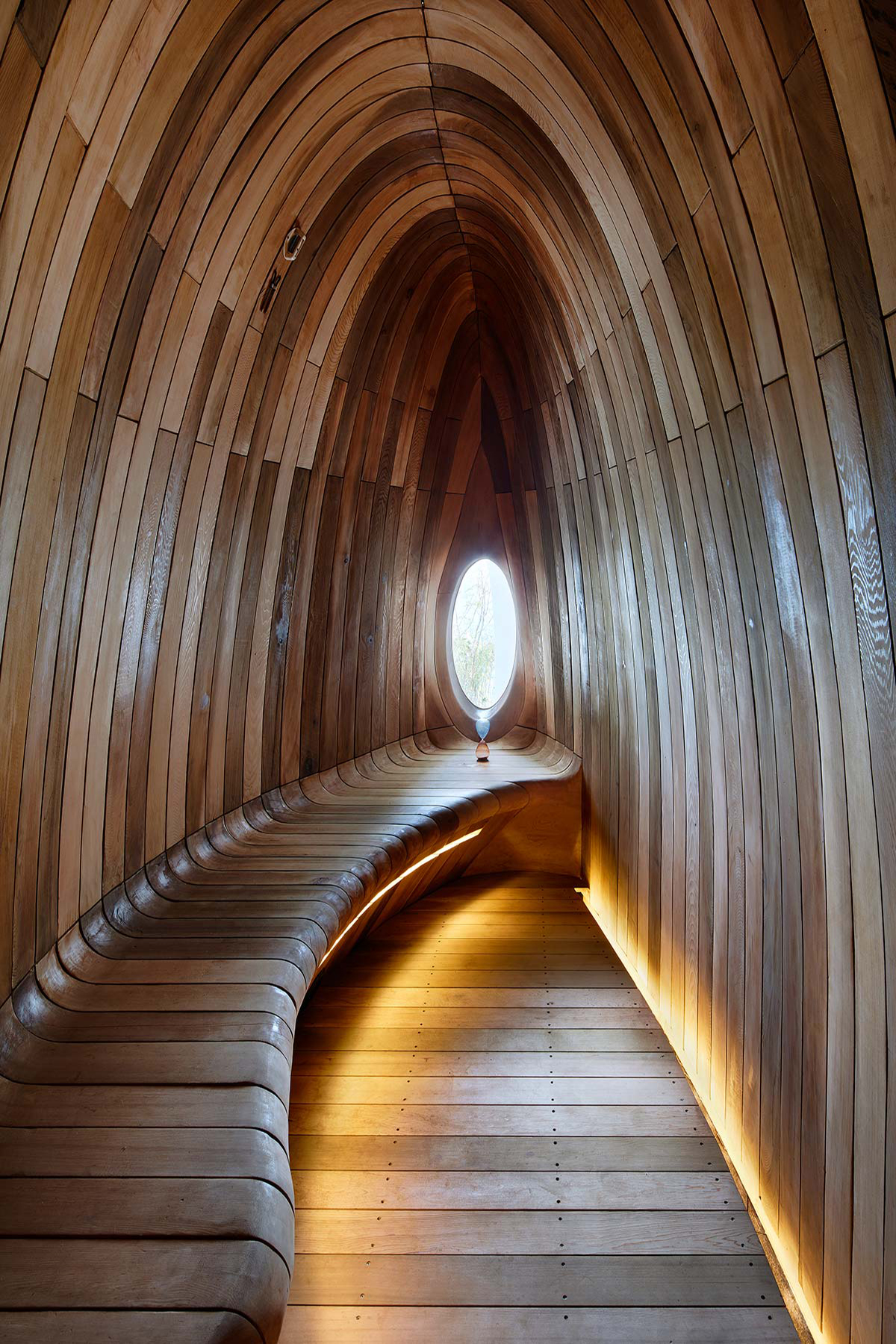 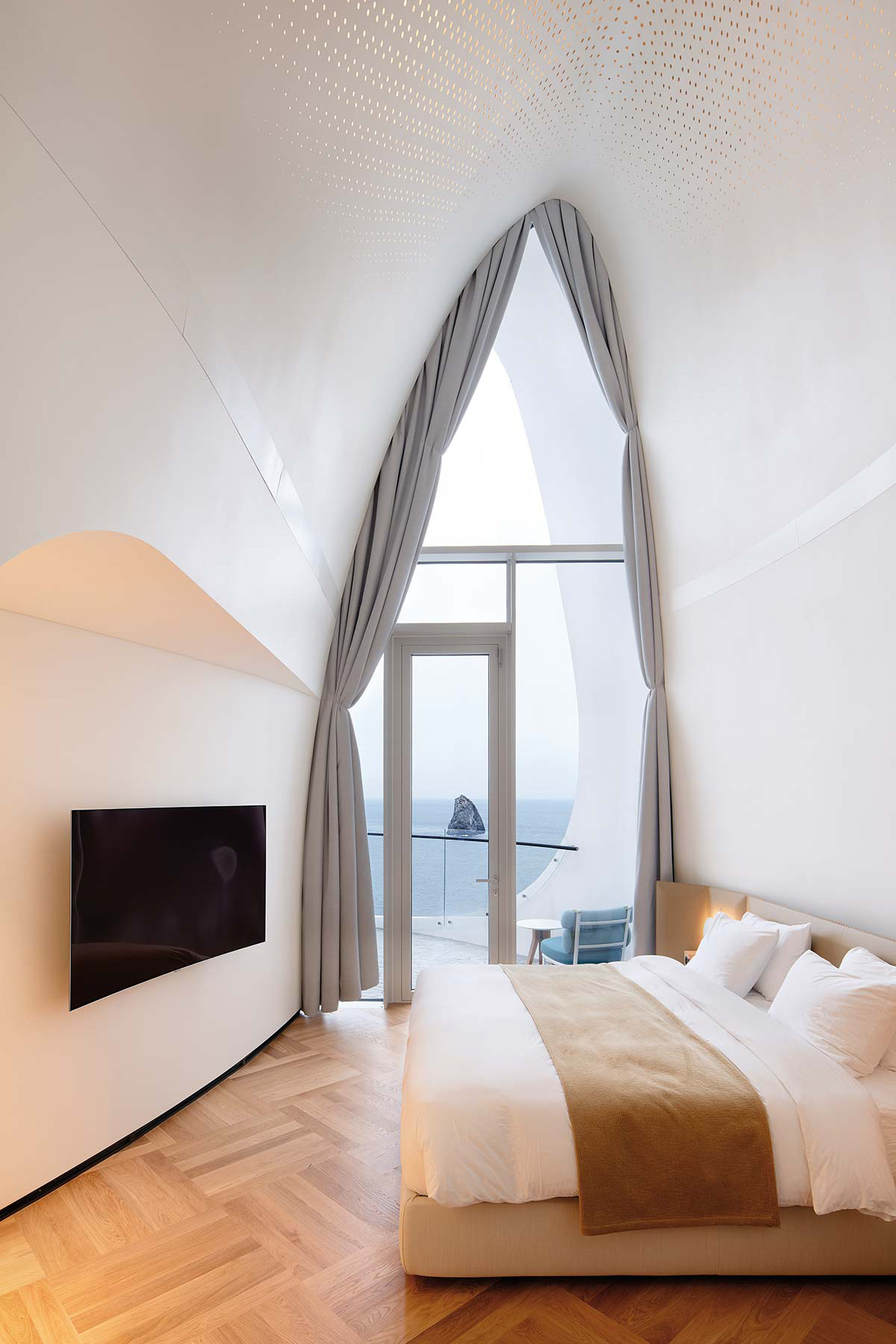 Guests can enjoy a magnificent view of the sunrise and the sunset, gathering energy from the sun and basking in that of the moon, with areas specifically created for this purpose. Contemplation of the landscape is not secondary: from the dining room, which seats ten around a large tailor-made oak table, or from the bar with its volcanic rock floors, guests can look out over Elephant Rock and Songgot-bong, reconnecting with their inner memory, wisdom, and peace. 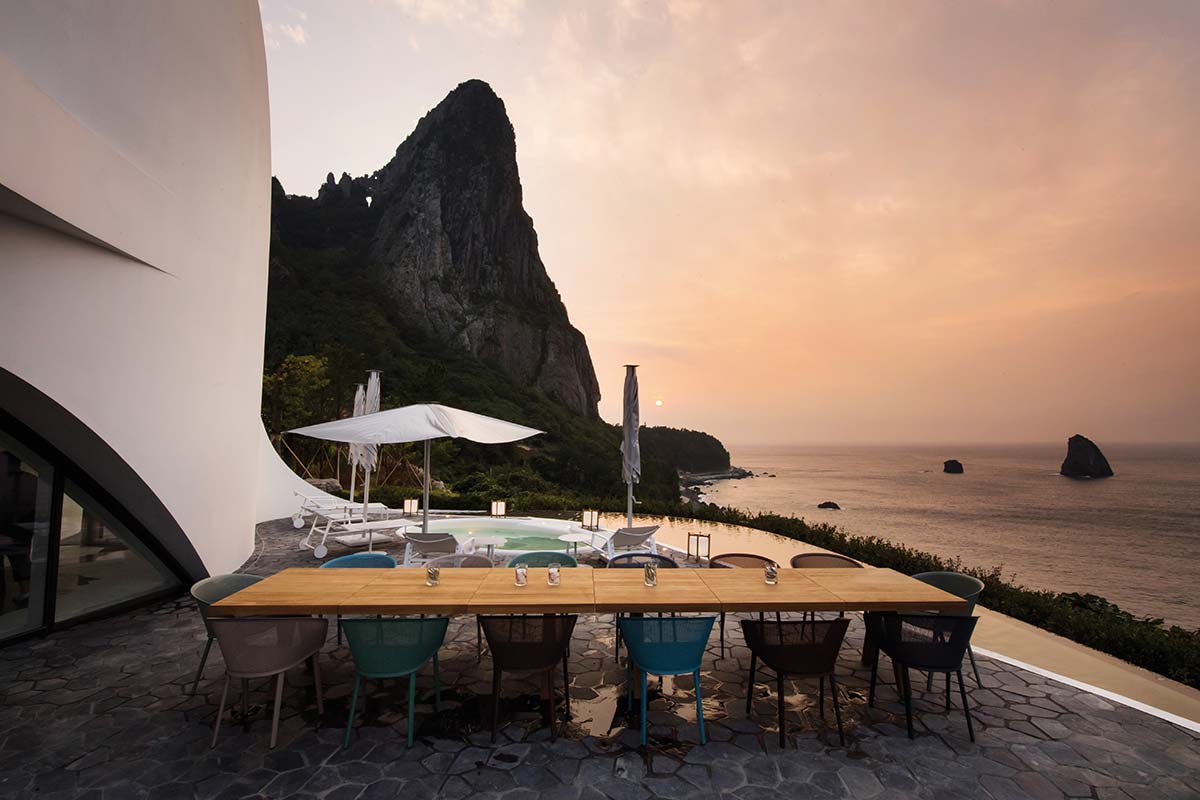 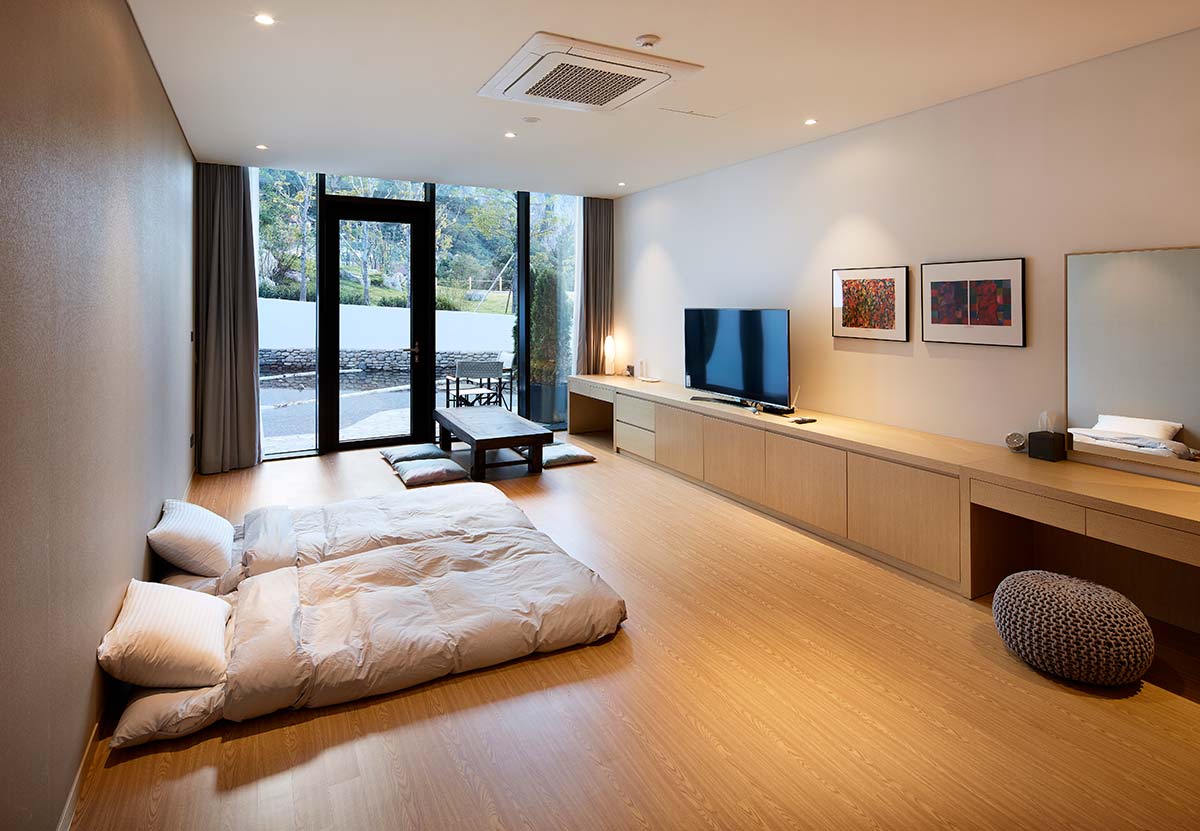 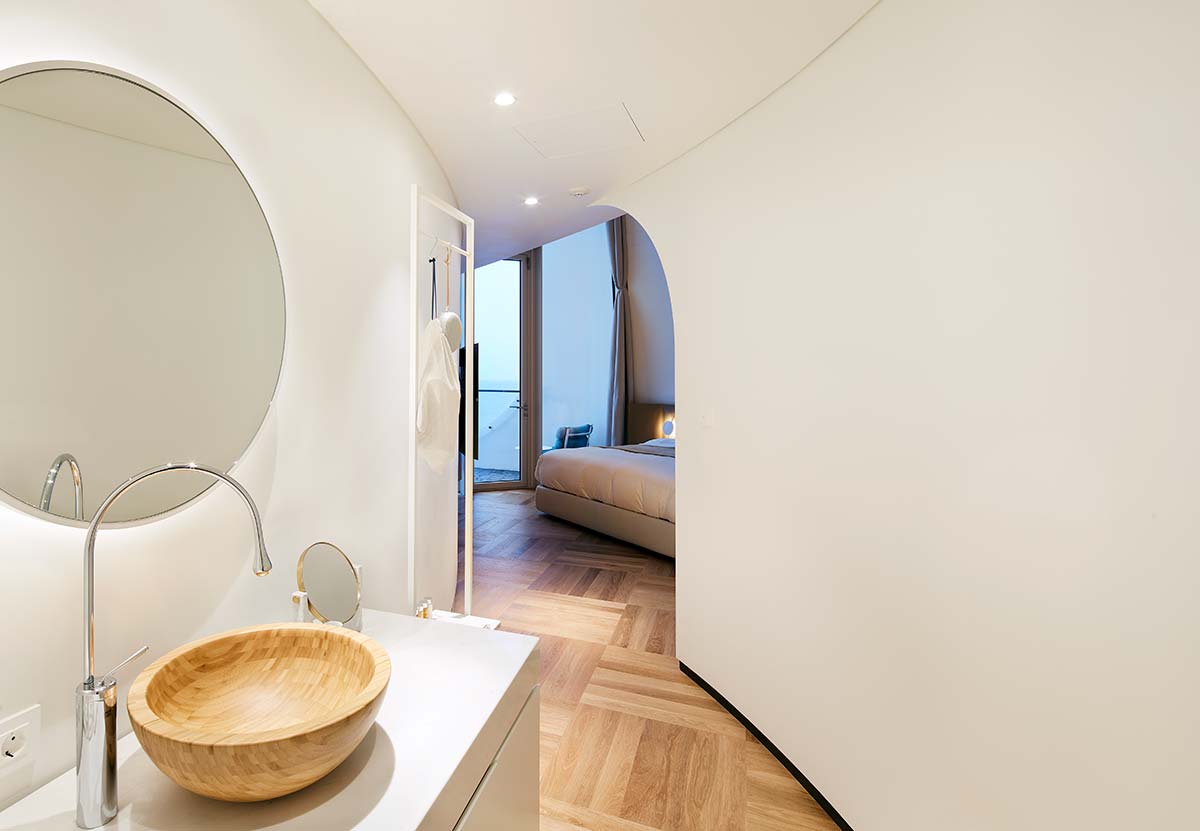 In Los Angeles, a hotel that combines an urban vibe with...