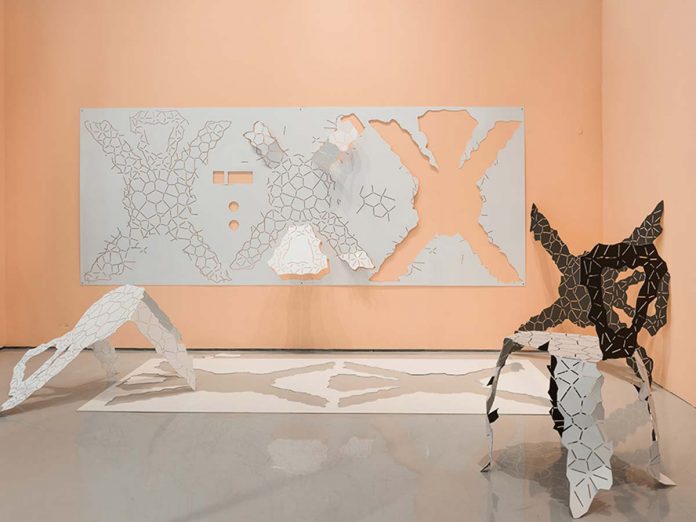 For over 20 years New York-based R&Company has focused on selecting works of avant-garde innovation created by historic and contemporary designers. Founded in 1997 by Zesty Meyers and Evan Snyderman with the name R 20th Century for the conservation of design of the 20th and 21st centuries – the archive, library and private collection are authentic treasures – and known for its ‘revolutionary’ exhibitions and publications, the gallery shows works from North America, South America, Europe and Asia, produced from 1945 to the present, in its two spaces in Tribeca: 82 Franklin Street, opened in 2000, and the new expansion at 64 White Street, opened last year.

In this elegant location on multiple levels, the exhibition “Chairs Beyond Right & Wrong” curated by Raquel Cayre sets out to rethink the idea of the chair, presenting a selection of 50 works that reinvent its form and function. Creations by international artists and designers from different eras – including Adam McEwen, Daniel Arsham, Ettore Sottsass, Gaetano Pesce, Green River Project LLC, Jorge Pardo, Joyce Lin, KAWS and Estudio Campana, Mathias Bengtsson, Martino Gamper, Peter Shire, Haas Brothers, Urs Fischer – some of which are site-specific, are shown in an itinerary that examines the chair as a formal, symbolic and material object. Objects that expand our imagination, getting beyond the boundary between art and design, disrupting our ideas of use in an interdisciplinary and narrative vision.

“Chairs no longer gravitate toward a table;” Cayre states, “they take on their own meaning, and, like a game of musical chairs, offer a metaphor for position, arrangement, variation, distribution and recombination… A chair is always more than a chair.”

At Design Miami/ the multiple faces of design