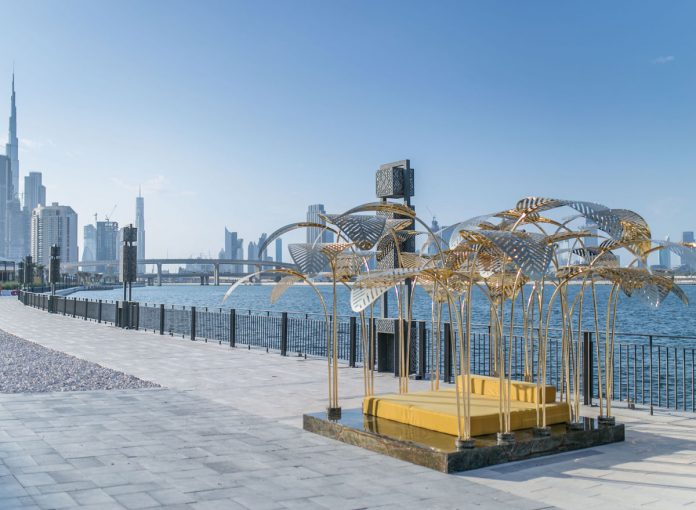 It wasn’t easy to surpass the numbers of the 2017 edition. However, Dubai Design Week, which took place last 12 to 17 November, registered approximately 15,000 more attendees than the previous year (+25%), a number that demonstrates the continuous growth of the trade show and of the interest that gravitates around it.
The trade show represented various sectors like architecture, products, furniture, interiors, and graphics, with more than 250 events, expositions by 130 companies, installations, pop-up stores, talks, workshops, awards, and tours.

The trade show promoted an environment that supports new ideas, welcoming many of the most influential designers from around the world, and launched the opening of the city’s first contemporary artistic institution, the Jameel Arts Center.
Mohammad Saeed Al Shehhi, CEO of the D3, said: “It was another fantastic week and I am personally quite pleased with how Dubai Design Week was received. The district once again hosted an incredible number of design installations, conferences, and workshops which brought together some of the best design content in Dubai. As a design district, we are really solidifying Dubai’s role as a serious global destination for design and are already at work for next year.”

This year’s edition of Downtown Design, the main design trade show in the Middle East, attracted 16,000 visitors and presented a wide range of well-established and emerging exhibitors, including 175 brands, 40 of which regional designers and 65 of which exhibiting at the trade show for the first time. Of particular note was the inaugural section of the fair, Downtown Editions, which showcased bespoke products and limited editions.

Lastly, in the digital era, the trade show had no shortage of live streaming events. In fact, in collaboration with the Dubai Investment Corporation, Global Grad Show presented 150 projects in a live online transmission which approximately 70,000 people logged on to watch.