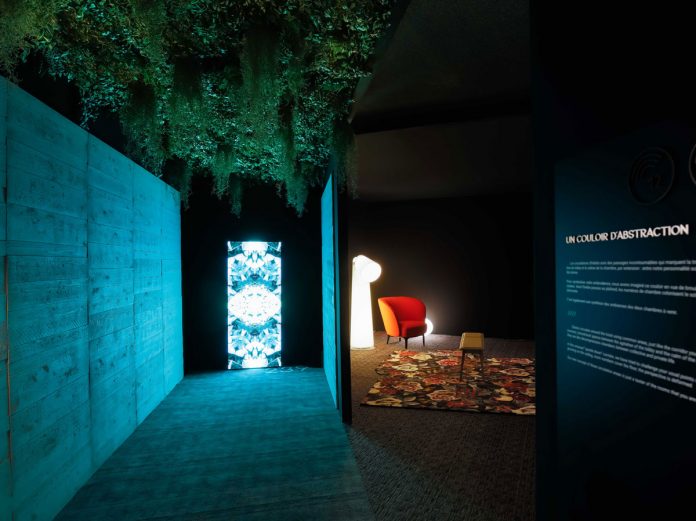 In an armoured Ville Lumière (the arrival of Trump and the anniversary of the Bataclàn attack), the final autumn event for the hotel contracting sector (which began in Cologne with Orgatec in October) confirms the French hotelier market’s supremacy in the sector, but also sends out interesting signals for the rest of Europe.

EquipHotel, as opposed to other similar trade shows in Europe, has always enjoyed a not insignificant advantage: French hotelier’s always attend it, designers – though fewer – do not turn their noses up at it, and procurement and FF&E companies participate regularly. The geographical location and the natural (and almost obvious) attraction that Paris wields for industry operators complete the appeal of this incredibly positive setting and Equip’Hotel’s high numbers are a natural result: +10% visitors in the first two days, the warmest given that we are talking about Sunday and Monday.

Its tendency to be a “French oriented” exhibition was confirmed in this edition as well with the protagonists of all of the trade show’s ancillary activities being French designers, not only in terms of the part dedicated to catering and all of its various aspects (especially kitchen equipment and mise-en-place), but also in terms of that dedicated to large contracting projects.

Within Studio 18 numerous installations focusing on hospitality were developed, starting with that by Parisian architect Jean-Philippe Nuel who this year presented hotel bedroom and bathroom environments with a minimalist style, more spacious rooms with few furnishings. Studio 18 was also developed in terms of food service, with a project by designer duo Marc Hertrich & Nicolas Adnet, who staged three spaces: a restaurant, the bar Signature, and a VIP area. One space was also dedicated to the outdoors with Digital Rooftop, conceived by the trio Julie Gauthron, Christophe Gautrand, and Benjamin Deshoulières.

The “atmospherist”, as Sandrine Alouf loves to define herself (as always dressed in a steel worker’s jumpsuit to emphasise the essential proclivity for manual skills that must, naturally, accompany creativity), decorated, together with designer Thierry Vivarire, the Casa del Luz restaurant, a space inspired by Portugal. Together the designers embraced the full meaning of the décor expressed by this southern European country on the Atlantic. 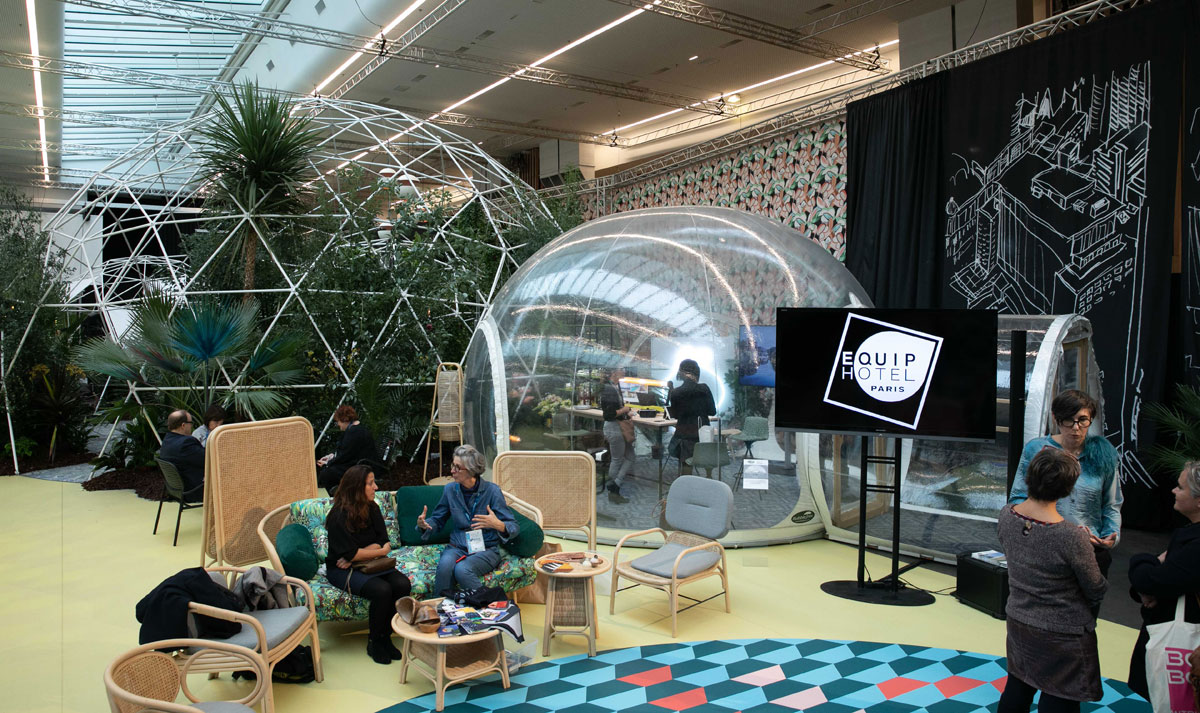 Meanwhile, a bit further away, the Brach by Philippe Starck and the Fauchon, the first hotel opened by the well-known gourmet sweet shop, were inaugurated. Two different approaches to the theme of decoration, yet both worthy of at least being visited and their originality examined.
We hear about Starck every day. The Fauchon deserves a chapter of its own due to the delicacy of its interiors, its decadence without excess, and the constant touch of fuchsia (inevitable as it is the colour of the brand) which leaves its mark in every corner of the hotel’s common areas and rooms without overdoing it.

As always, a rich delegation of Italian companies was present: from the ceramic industry (Marazzi, Cotto d’Este, Italgraniti, Marca Corona and Iris), to those that produce and export outdoor products (positive feedback from Talenti, Ethimo, Nardi and Emu) and seating exclusively for large hotel contracts like those created by Billiani.

The future is young