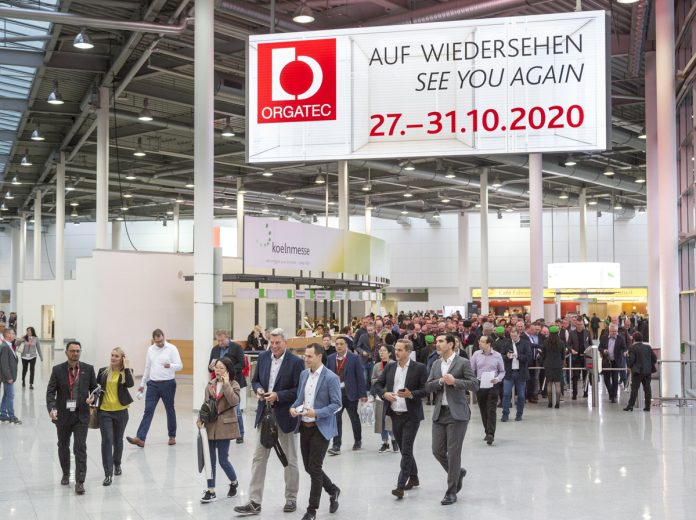 Organizers of Orgatec 2018 had declared that the fair would be a success, and so it was. Over 65 thousand people visited the stands present in Koelnmesse from 23 to 27 October, registering a growth compared to last year which is around 15%.

Orgatec also achieved impressive results in terms of its international reach. On the visitor side, the number of countries represented at the event rose from 118 to 142. In total, significantly more visitors from outside Germany travelled to Cologne for the leading international trade fair for the modern working world. Growth was particularly strong in the share of trade visitors from North America (+42 per cent), Central and South America (+42 per cent) and EU nations (+33 per cent). Increases were also recorded in the number of visitors from Japan (+22 per cent) and India (+44 per cent). The number of Eastern European visitors at ORGATEC 2018 almost doubled. Alongside the event’s significantly increased international reach, exhibitors praised the senior decision-making authority held by the trade visitors and the large proportion of young people in the audience.

The event will have an overall surface area of 140,000 square metres, an increase of 8% on 2016. In total, 65% will be occupied by overseas companies, which represents a 5% increase on the previous edition, while 50,000 visitors and 600 exhibitors from 40 countries are expected.

Hendrik Hund, President of the German Interior Business Association (IBA e.V.) praised the industry’s varied and creative appearance at the fair: “The inventiveness and diversity with which companies approached the central theme at this Orgatec – the future of work – was impressive,” he said. “The industry showed that it is ideally equipped for the current challenges of modern working environments with its solutions and offerings. And this was applauded at the stands by the many national and international senior decision makers. With Orgatec as a creative think tank, we have the perfect forum for a fantastic event.”

Everything is ready for the Interior Mebel Kiev!