One of your books is called ‘design explained to my mother’: as someone who has been immersed in this world over the last 20 years, how would you explain the concept and evolution of design to non-experts?
I have a very broad notion of design: for me it corresponds to the human inclination to change the conditions that surround us in our favour. It is essential to properly understand what is meant by “our favour”. I am convinced that, now more than ever, individual happiness must have collective implications, otherwise we end up with a world of predators.

Reality and fantasy: to what extend is it possible to combine these two dimensions in contemporary design?
I like to imagine the figure of the artist as someone who can find traces of harmony in the most adverse conditions, regardless of which areas they focus their endeavours on. From my point of view, I see no separation between private and public life, man and artist, reality and fantasy, form and function: I simply perceive different levels of sensitivity in ways of living, but this is a very individual problem.

The figure of the woman is a recurring motif in many of your projects. Can we talk about Novembre’s ‘anthropocentrism’?
My personal story is marked by boundless love for the female body, which is a continuous source of inspiration. I recognize perfection in the design of its forms. But then the ambitions of a man’s life are very simple: he emerges from a woman’s body and wants to obsessively return to a woman’s body.

Your background also embraces the cinema world. How useful was this knowledge and approach in your work as a designer and architect?
My approach is the result of a limitation: I have absolutely no idea how to draw. I therefore tried to transform it into an opportunity by replacing graphic expression with writing and adopting cinematic methods for the whole design process. The directing course that I attended at New York University after graduating undoubtedly influenced my inverted approach to design.

Have you ever wanted to make a movie? If so, what would it be like?
I live in a movie every day…

From Lecce to Milan to New York and back to Milan. Your relationship with Milan has produced many results: I am thinking of your projects with the regional authority, Expo, collaborations with the Triennale… How would you define your relationship with the city?
Cities have a collective soul that each of us must contribute to and identity is something that constantly changes, not a new Grail to justify crusades. I think that the famous song by Marvin Gaye, Wherever I Lay My Hat (That’s My Home), perfectly represents the state of mind with which we restlessly move on the surface of our planet. Wherever I’ve gone, wherever I’ve laid down my hat, I’ve felt at home. I believe in the right of land, not the right of blood, and Milan belongs to me because I decided to stay here to raise a family.

If you could redesign Milan, what changes or improvements would you like to make?
I’d like to talk about possibilities rather than changes: today, Milan has the opportunity to work on its own railways, redesigning the city as a system. It would also be great if the “green river” that people talk about catches on, perhaps not always in the shadow of skyscrapers.

Are you thinking of writing a book about your 20 years of study?
Yes, I thought it was time for a new monograph almost 10 years after the previous one. A ‘black box’ that also includes the latest projects, ordered from the smallest to the largest: from the Love Opens Doors handle to major projects like Casa Milan.

For some time, you have declared that the time has come for you to devote yourself to architecture. What would you like to build?
My 50 years have enabled me to acknowledge growth. It’s time for architecture, time to take on large-scale design. I have always tried to create architecture through design and interiors: for example, the 100 piazze trays for Driade or the parametric architecture of stores for Stuart Weitzman. Now I want to move on to buildings. Casa Milan has been the most significant project so far, a new city icon that places man at the centre. We then participated with Arup Italia in the competition to redesign the Old City of Taranto, receiving an important mention, and redesigned the Lamborghini Urus factory. Then, in keeping with the utopian principles that have always inspired Italian architecture, as in the ending of my last book, I would like to create a skyscraper with human features, a man with his arm raised trying to touch the sky with his finger. 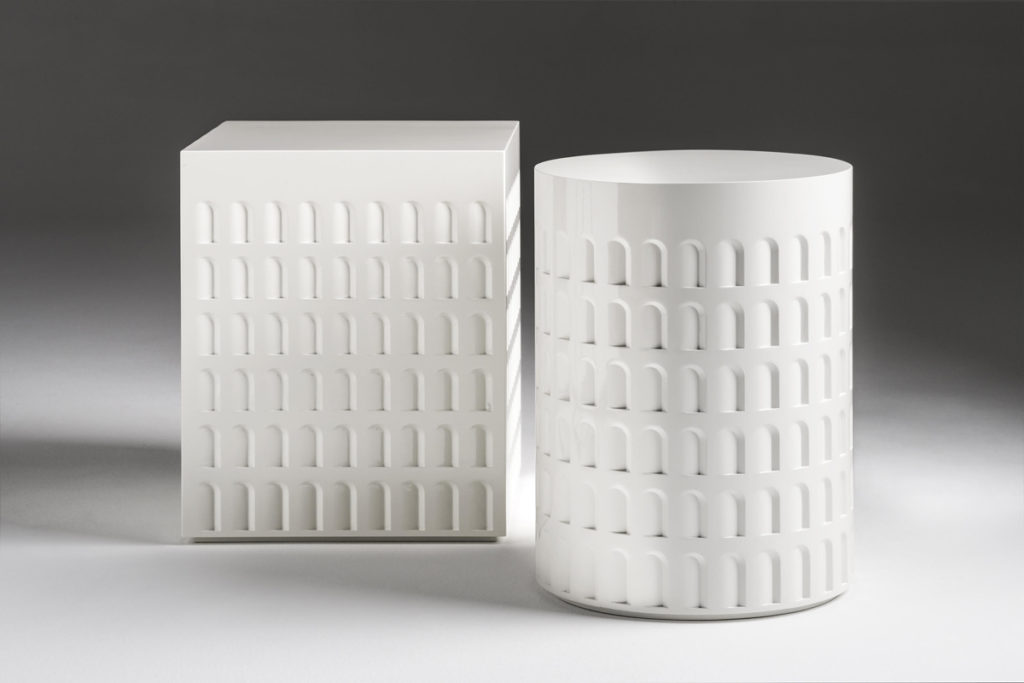 Sep Verboom is the designer of the year