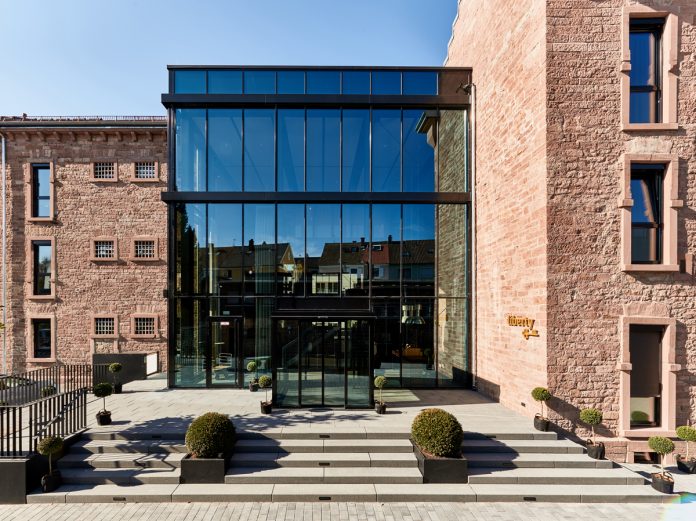 An ironic name for a hotel which brandishes impeccable design and services…despite its past vocation! Hotel Liberty (part of the Design Hotels chain) has recently opened after a renovation project which transformed it from an old city prison in the German city of Offenburg, into a hotel for those wishing to visit the city, Black Forest and lush vineyards. 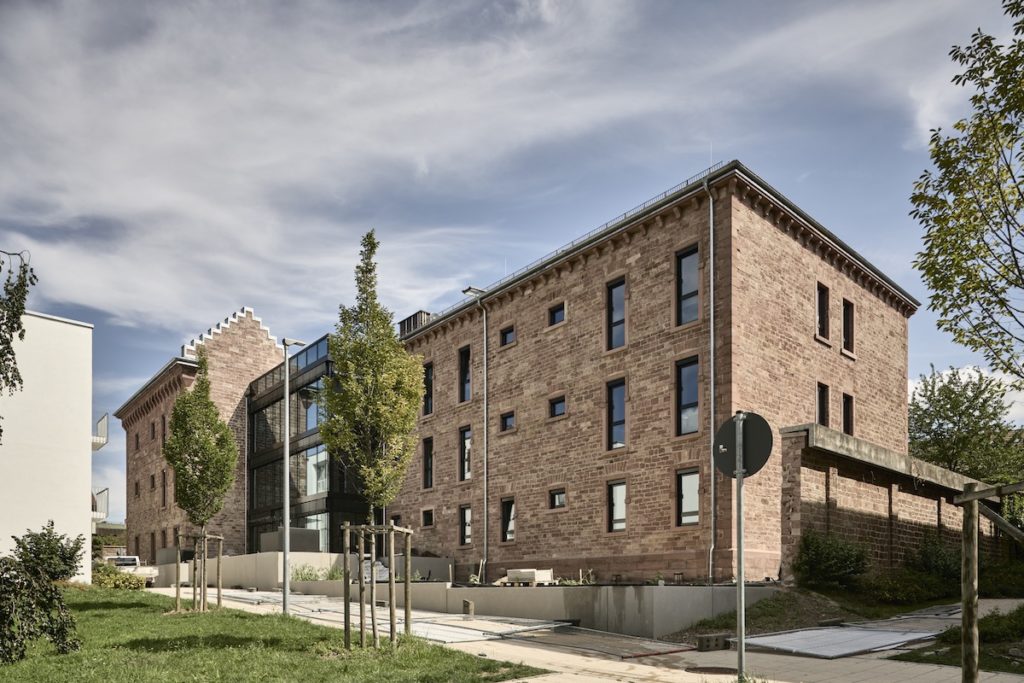 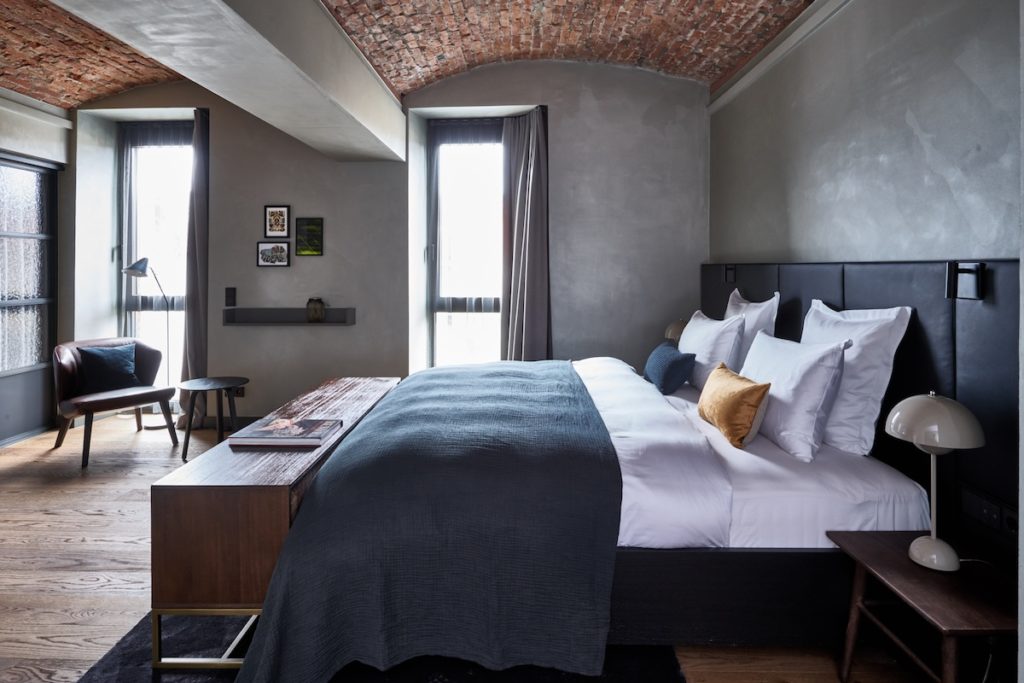 The rooms and suites are located in two nineteenth century dark brick buildings (designed by the German architect Heinrich Hübsch, in 1840), connected by a contemporary glass box containing the restaurant, lounge, gallery, a library with over 3000 books, a conference hall and  meeting hall, on the second floor. The renovation project began in 2014 and concluded in 2017, resulting in the creation of 38 rooms by grouping together cells and maintaining the original 1.2 metre-thick walls. 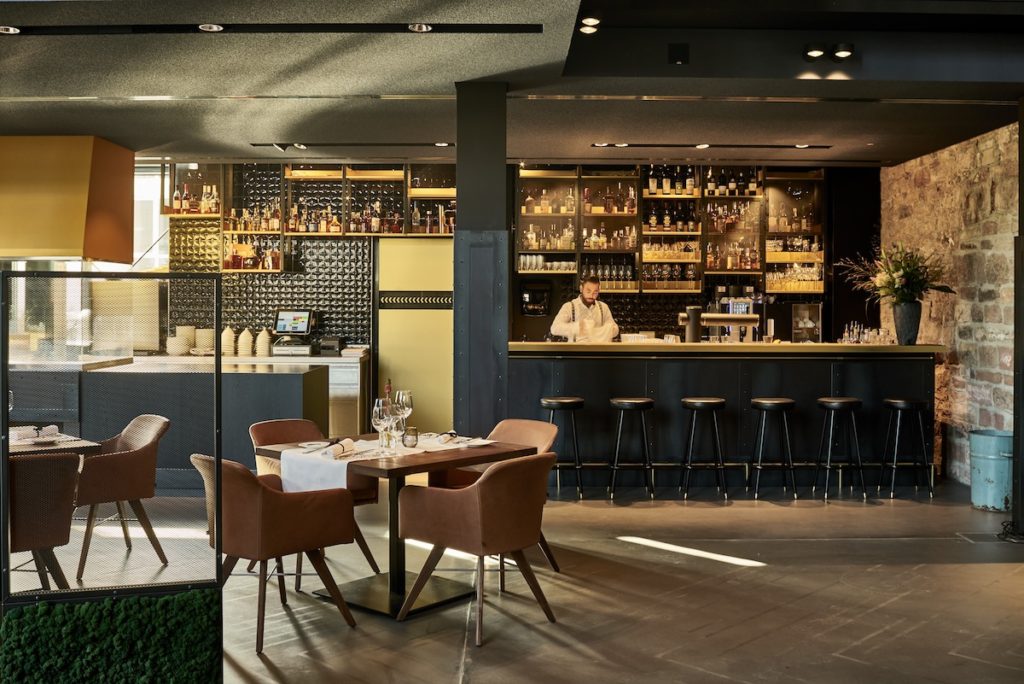 The interiors were curated by the firm Knoblauch, which combined traditional craftsmanship with classic contemporary design pieces: Dutchbone credenzas, furnishings by Fritz Hansen, HAY and Arflex, as well as hand made furniture and accessories by local artisans. The green palate is matched with dark oak parquet and red brick-vaulted ceilings. Black leather headboards contrast with the candour of snow white beds sporting linen by the Swizz company Schwob and Treca mattresses. The elegant bathrooms have been fitted with showers and accessories from the Axor range by Hansgrohe.
The restaurant name is a playful allusion: “Water and Bread” and is managed by the French chef Jeremy Biasiol, who obtained his first Michelin star in Hong Kong and delights his guests with delicious meals of French-Asian inspiration. 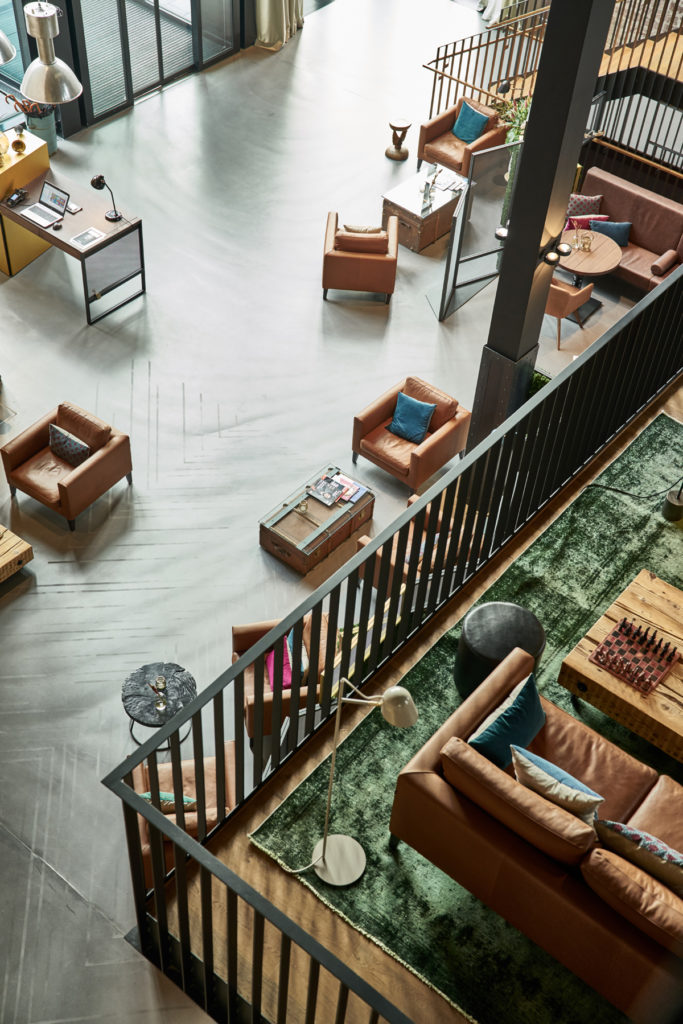 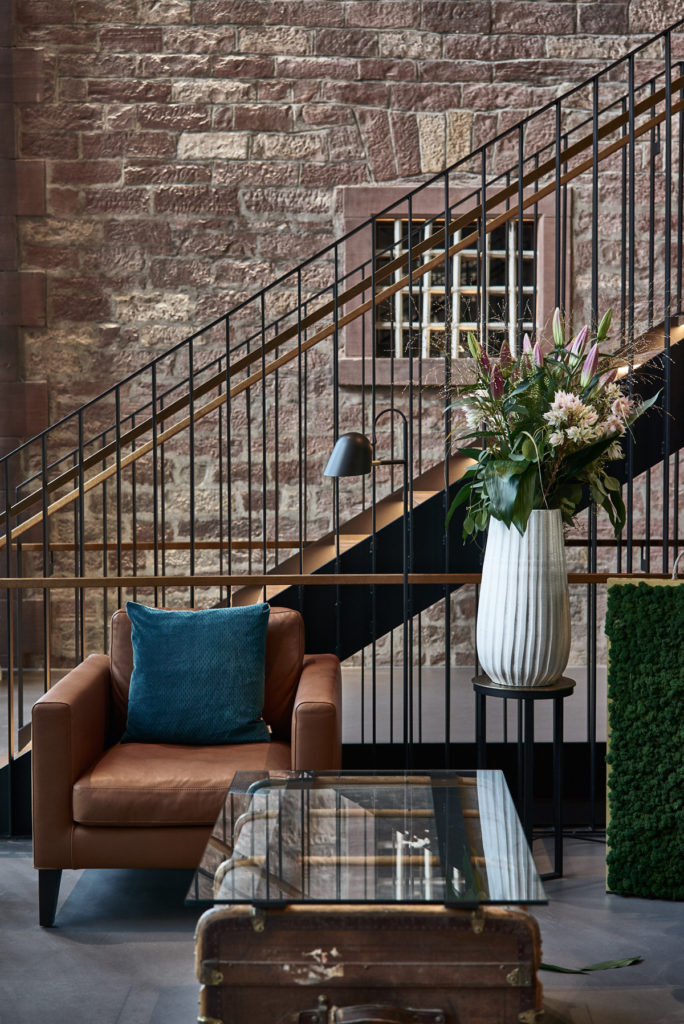 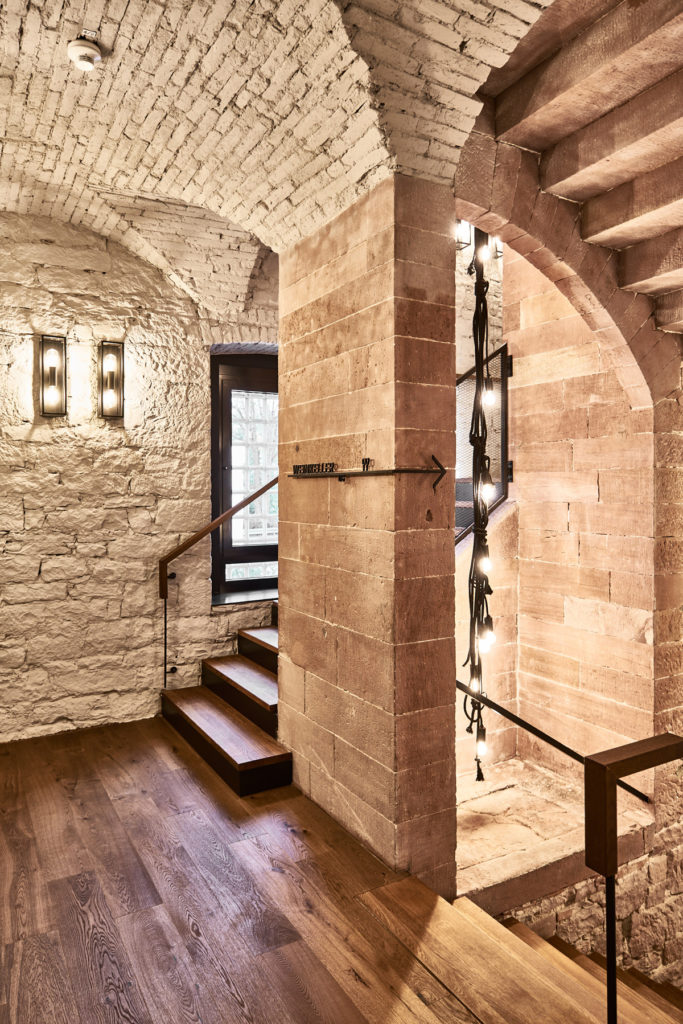 The second example of a prison transformed into a hotel can be found in Finland, Helsinki to be exact. We’re talking about Hotel Katajanokka, whose building was originally a prison and pretrial detention centre, with its oldest part dating back to over 180 years ago. As was the case with all rural prisons, this one consisted of a 3-4 storey building in a cross-shaped layout, more or less symmetrical and with massive red brick walls. 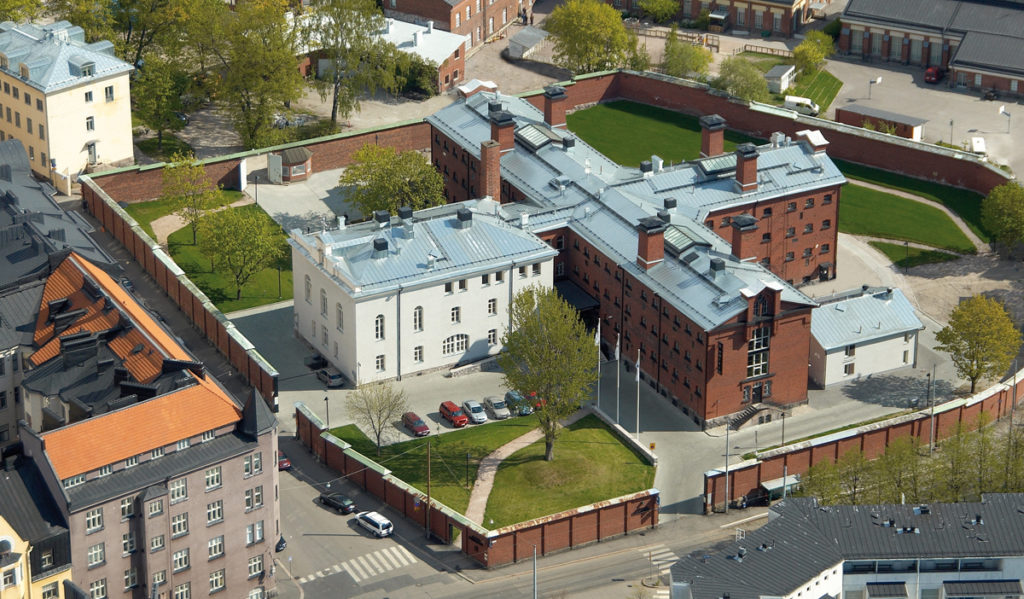 Following on from extensive restoration works, Hotel Katajanokka was inaugurated in May 2007, where the open central corridor, along which cells were once located, the outer red brick walls and the high perimeter park wall are protected by the Finnish National Board of Antiquities, in memory of the building’s long history. During the early months of 2017, interior restoration works also took place at the hotel. 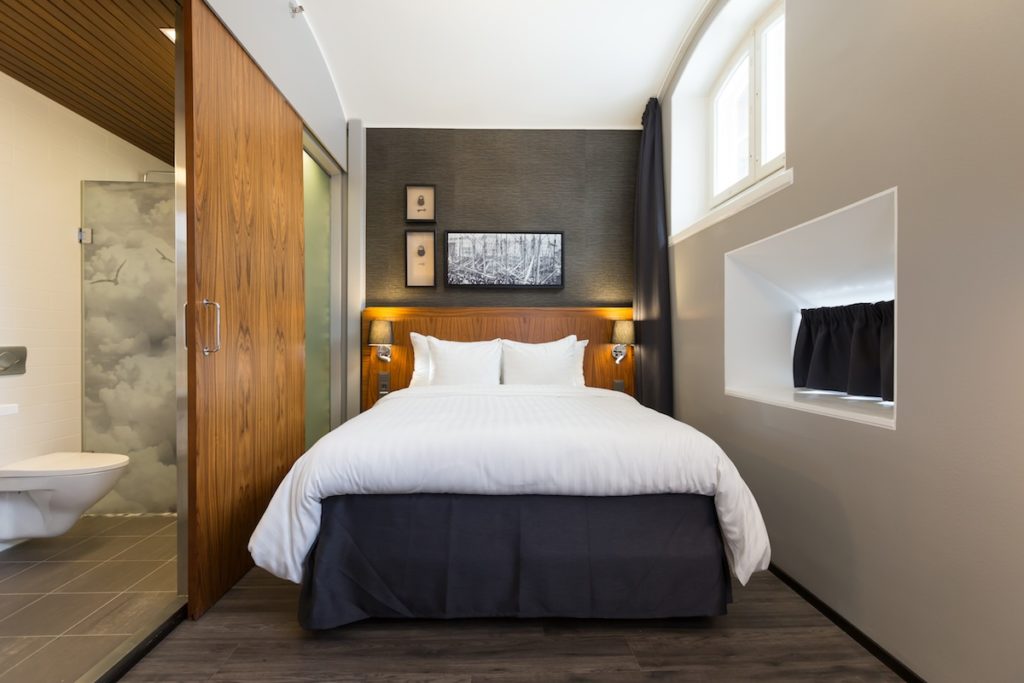 All the rooms were meticulously created from original cells, with a selection of types available: from the Classical Queen /17sqm), to the Superior King (25sqm). Privacy and tranquility is guaranteed by the impressive one metre-thick brick walls. The high ceilings provide for airy and spacious interiors and the triple glazed windows insulate from the bustling city beyond. The restaurant Linnankellari is located in the renovated  prison canteen and is a must for all lovers of Nordic cuisine. 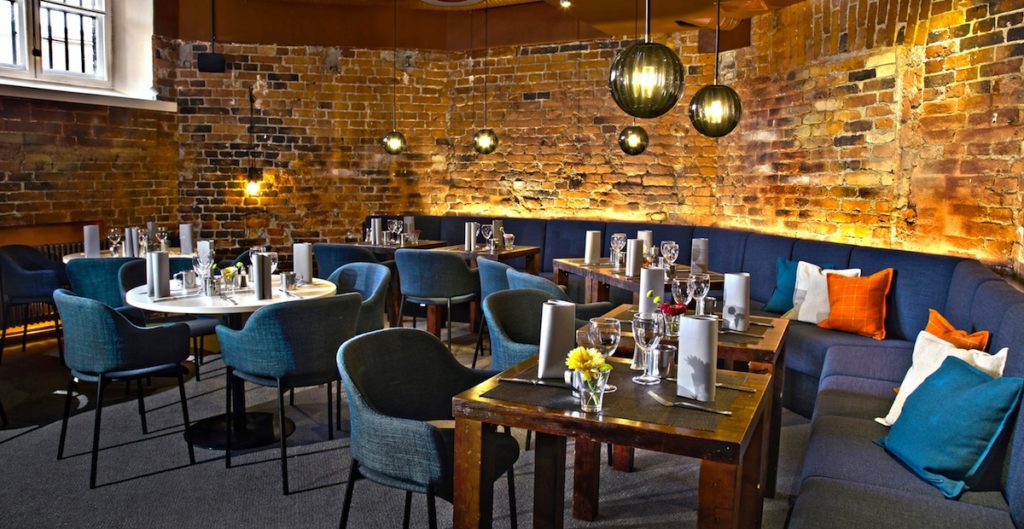 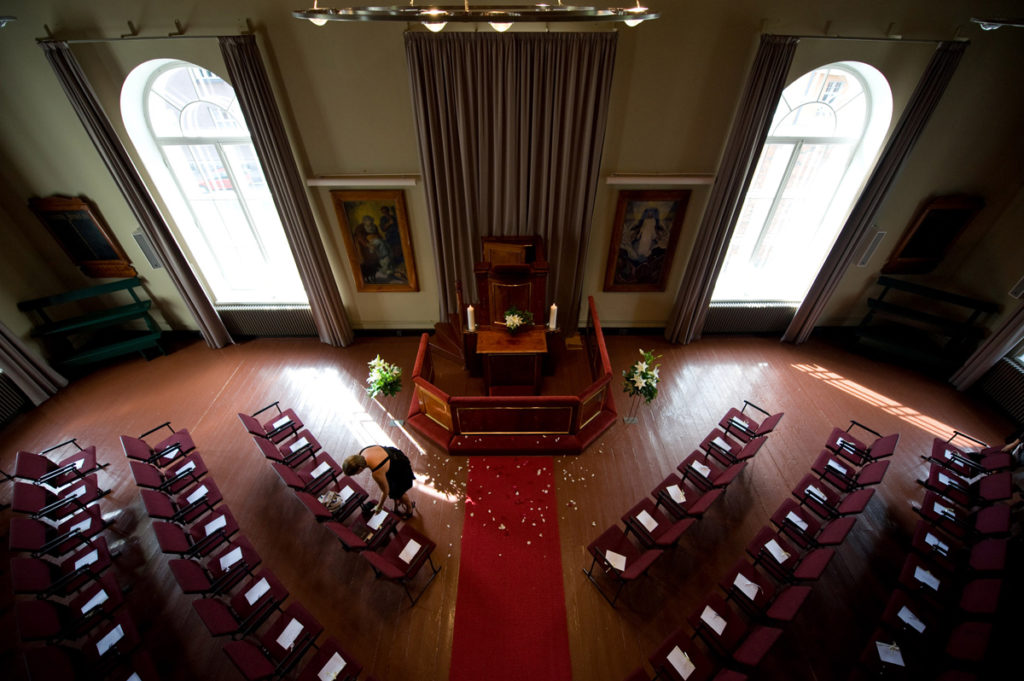 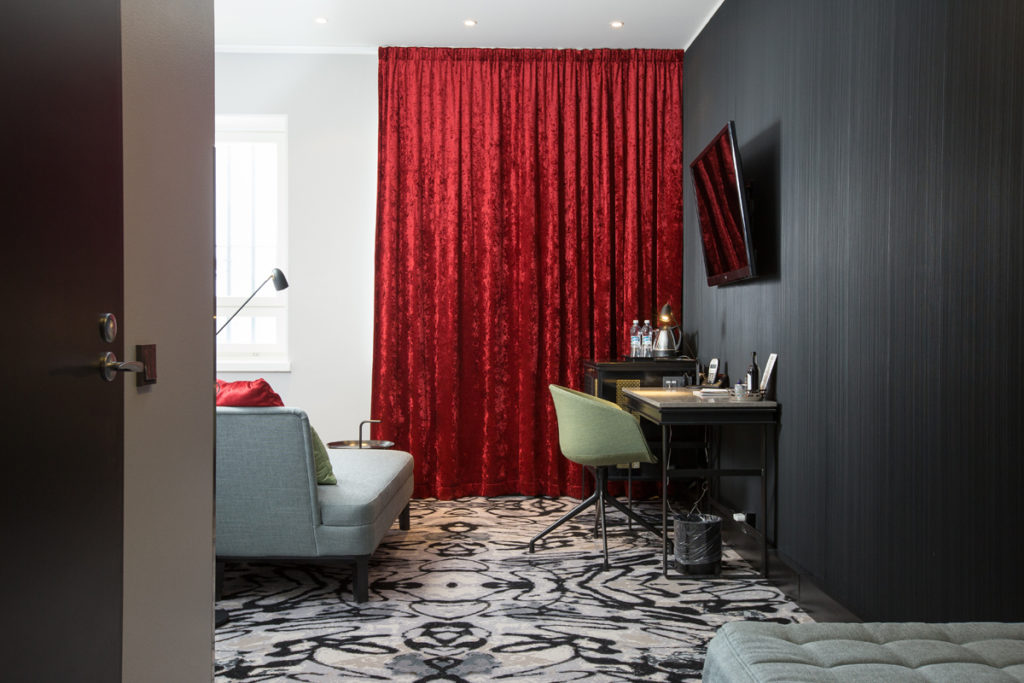 Feeling at home in Michigan