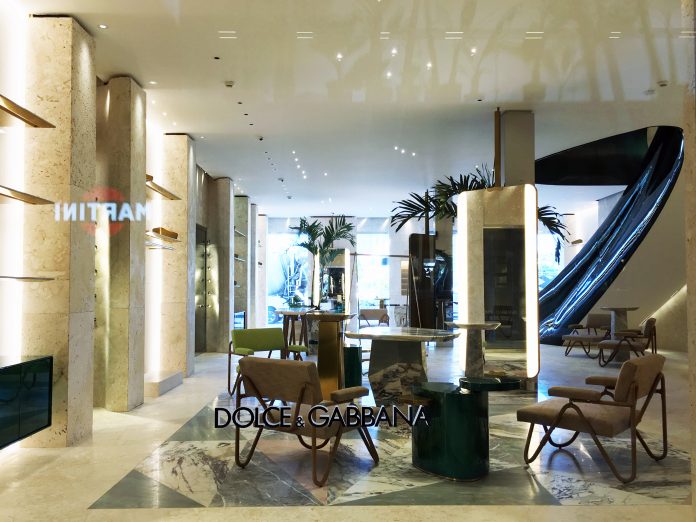 The goal: to become the international reference point for major interior design projects. This is the basis of the agreement between Giorgetti and Battaglia Interior Contractors, a historic Italian company that specializes in the creation of interior design projects for the residential, hotel, retail and nautical sectors, boasting a turnover of around 20 million euro and over 40 years of expertise in customized production. Giorgetti has announced its acquisition of 100% of the company, thus consolidating its growth strategy in the contract sector.

Battaglia, which is renowned for its know-how, has overseen major hotel projects in Paris, New York, Venice and Milan, as well as in Switzerland and Greece. Its achievements in the retail sector are no less impressive, thanks to collaborations with major international brands: Dolce & Gabbana, Gucci, Brioni, DSquared2 and Dior, to name a few. It has even designed interiors for megayachts and luxury cruise ships.

“For Giorgetti, this acquisition represents an extraordinary opportunity for growth in the contract sector, coinciding with out 120th anniversary and perfectly fitting into our strategy of making Giorgetti a brand capable of designing the space around products, creating unique, customized atmospheres,” explains Giovanni del Vecchio, CEO of Giorgetti. “We aim to maintain each of the two brands’ distinct identities. By exchanging skills, Giorgetti will allow Battaglia to effectively penetrate international markets.”
Markets in which the Brianza-based company is considerably strengthening its presence through the opening of new spaces. Indeed, it recently announced the upcoming opening of new single-brand stores in Paris and in the North American area, including one in Los Angeles.

“Giorgetti’s search for a potential target was extremely selective, but we immediately realized that Battaglia would represent a natural completion of the product range and a platform for further industrial development,” commented Nino Mascellaro, Senior Partner of Progressio, the private equity fund that controls Giorgetti. “With its third fund, which is currently being raised and has a target of 225 million euro, Progressio has already made its first investment in Save The Duck and will continue to invest in the hidden excellence of Made in Italy production.”

Giorgetti in partnership with Rockefeller

The prowess of Milan

Picturesque environments in the heart of Puglia.

The fantastical worlds of the new Wall&decò collection