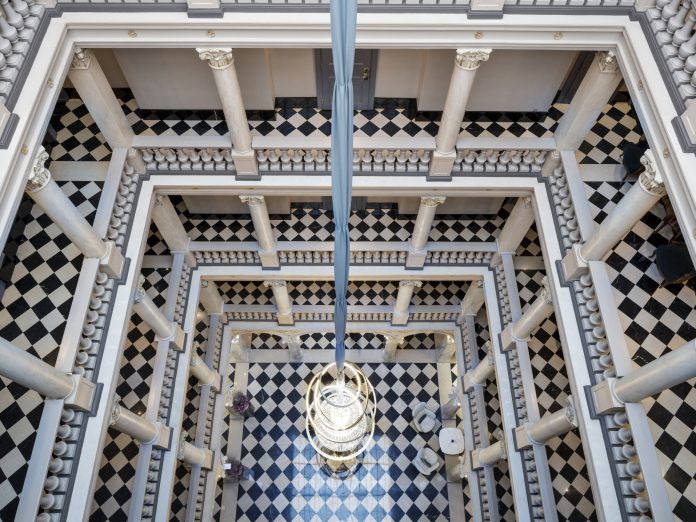 When Geneva’s legendary Hotel de la Paix – with its 152 years of history – was bought by the prestigious Ritz-Carlton chain, it was a case of passing the baton between two giants of the luxury market. Ritz-Carlton is part of Marriott International, which boasts 94 top-level hotels in over 30 countries around the world, with a further 199 set to open by 2020.
The chain’s first site in Switzerland, the newly renamed The Ritz-Carlton Hotel de la Paix – which opened in September – has undergone a complete refurbishment project to the tune of millions of dollars to designs by Italianstudio Il Prisma and the architect and designer Barbara Casati.
The project included a comprehensive restyling of the entire hotel – except the Fiskebar restaurant and bar – with the objective being to rediscover the hotel’s roots by modernising yet being respectful of and trying to evoke the past.

The sense of history begins with the hotel’s name, which stems from the fact that it was the venue for the Geneva peace conference in the mid-1900s – an event that changed Europe’s destiny forever. The designers therefore chose to draw inspiration from themes such as art, time and nature for the interiors. The central space features tributes to figures who have graced the hotel with their presence over the years – including Giuseppe Garibaldi and Victor Hugo.

Here, in the ‘Galerie du temps suspendu’, guests can admire an exhibition of tapestries populating the porticoes on the various floors, combining the ancient technique of hand-stitching with a more modern feel. The Alabama Room, which was once the setting for the first arbitration hearing of the modern era for resolving controversies between countries, is now a versatile space that can be adapted to serve as a meeting room, social space or commercial area, depending on the needs of guests both international and local. In the lobby, two works – Le Panneau du temps and La Cascade des engrenages – represent another celebration of time, this time from the perspective of engineering precision and the manufacturing industry.

The 74 rooms include 14 elegant suites, one of which is named after Grace Kelly, who was a regular guest at the hotel. In order to celebrate the hotel’s illustrious past, the Cassina Contract department developed a bespoke furniture proposal with the specific intention of boosting the hotel’s standing in the contemporary market, making it more competitive. Both private and communal areas feature the finest materials, such as brushed black glass and marble, while soft tones such as grey, blue and pale pink are used. A host of other prestigious companies were also involved in the interior design project, including Artemide, FontanArte, Vistosi, Poltrona Frau, Sancal and Meridiani. The desks, tables, sofas, seats, armchairs and stools present in the hotel are the work of some of the best designers in the business, including Philippe Starck, Mario Bellini and Jaime Hayon, while the minimalist, Nordic feel added by B3 Designers and Studionomie’s concept for the Fiskebar restaurant make a vital contribution to the rebith of an historic hotel that still as plenty of stories to tell.

Living in Malta in Japanese style

Argo: a conservatory where you can have a drink

Weaving together nature and creative design