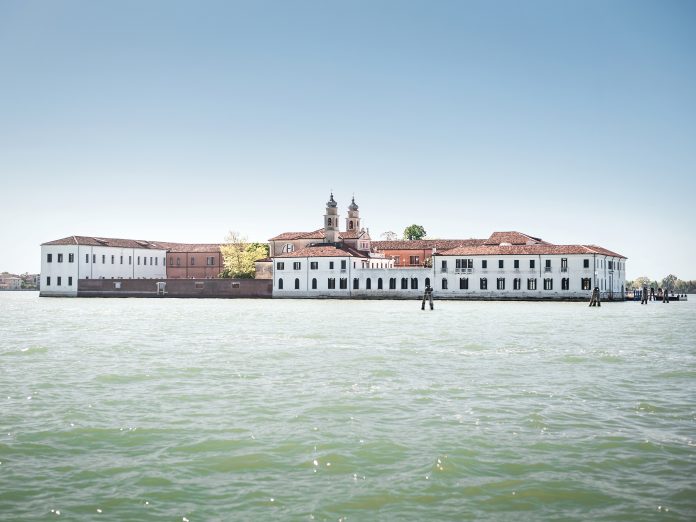 “The idea behind VID Venice Innovation Design came from a desire to synthesize public and private… This first edition of the project launches the idea of a design workshop and a prestigious showcase in Venice: VID looks towards the world of architecture, presenting itself as a permanent exhibition site and making the area and park of the island of San Servolo available to certain Italian companies, allowing them to devise and create design projects together.”

Andrea Berro, Sole Director of San Servolo Srl has set out a very clear goal for the small island owned by the Metropolitan City of Venice, which remains an envied oasis of peace and study in a city with high numbers of tourists, even though it is visible to the outside world. The Open Day organized in conjunction with the 16th International Architecture Exhibition, from whose Gardens and Arsenal San Servolo can be reached in just a few minutes by boat, presented the results of the latest renovation of certain spaces in the various buildings spread over the around 5-hectare island, among the fragrant gardens and bright lagoon, recovered in the ‘90s by a complex restoration. The recent redesign work was overseen by architect Diego Giallombardo and carried out with the contribution of several partner companies that joined the Venice Innovation Design initiative by customizing specific areas of the projects: Cosentino Group and Vistosi for the reception area, Tosetto Allestimenti for the multimedia reception wall, Oikos for the Manica Lunga exhibition space, Lago for the Cafeteria, LCF for the auditorium, Aresline for several conference rooms and Fimes and Attico Interno for the prototype rooms of the new hospitality spaces.

San Servolo’s long history of transformation and conservation, which dates back to the 10th century with the foundation of the first Benedictine monastery in the Venice Lagoon, continues with the island’s current function as a congress and reception center and as a center for study – with Venice International University, the International College of Merit of Ca’ Foscari University, the Academy of Fine Arts in Venice, the Franca and Franco Basaglia Foundation and the Neuroscience School of Advanced Studies – as well as a park and public space for the city in St. Mark’s lagoon. In addition to using the conference rooms on the island, the 173 rooms divided across 5 buildings, the restaurant and the cafeteria, you can visit the Museum of Madness and its historical archive, another mark left by history, when in 1796 San Servolo became a military hospital and later, until 1978, a psychiatric institution.