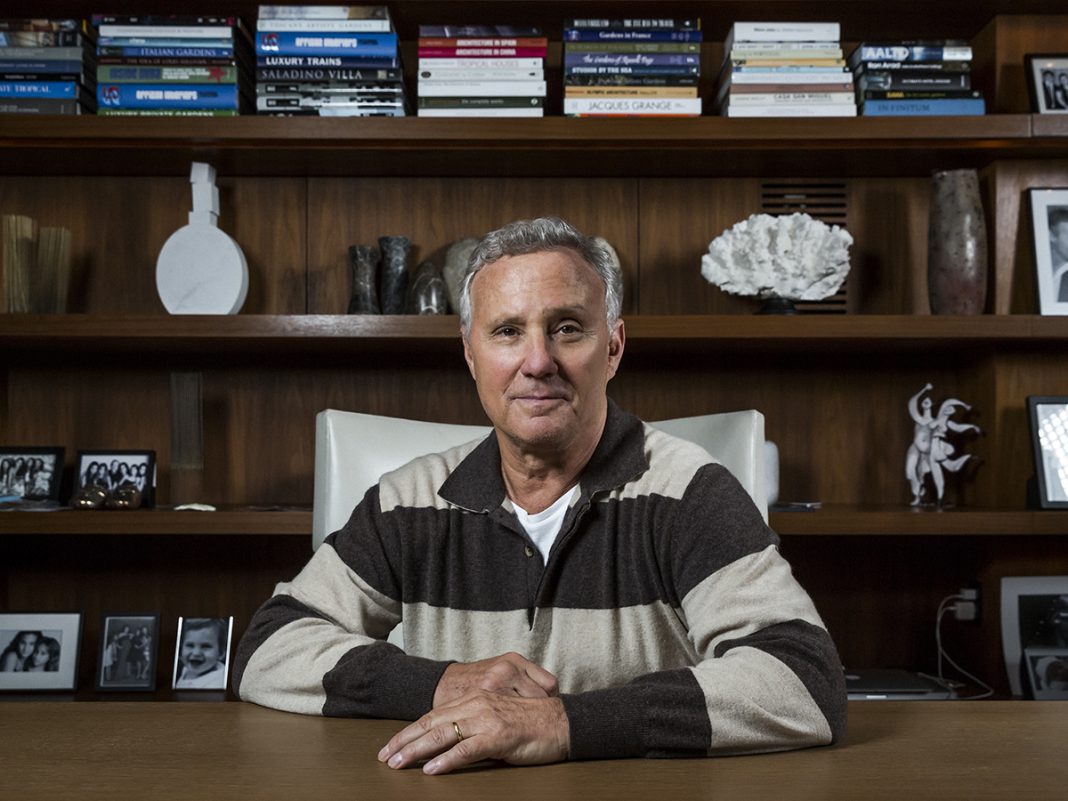 After launching the concept of boutique hotel during the 80s and 90s, in New York with Morgans, Paramount and Royalton, or in Miami Beach with Delano, Mr. Schrager founded the Ian Schrager Company which has been developing real estate projects for hotels and residential complexes since 2005, including 40 Bond and 50 Gramercy Park North, or the more recent 215 Christies and 160 Leroy, with architecture and interiors designed by Herzog&De Meuron and John Pawson, confirming a habit of involving international architects and designers in his projects. With the brand EDITION, created together with Marriott International, along with three hotels in London (2103), Miami Beach (2014) and New York (2015), he has added a new chapter to his own career and to the evolution of luxury hospitality. PUBLIC, the newly inaugurated New York hotel, aims to propose a new way of offering hospitality while also updating the concept of luxury which is no longer linked to financial resources but to sensations of wellness and enjoyment.

Tell me a little bit about your background and your upbringing.
I was born in the Bronx, which you could say is a provincial borough of New York City and I moved to Brooklyn when I was in the 5th grade. We were a lower middle-class family. I had a brother, sister, mother and father; we were a very close-knit family. I had a typical upbringing and we were all very close. We were ambitious and aspirational.

In the late Seventies you were the inner workings of Studio 54. Then why hotels,
what appealed to you about hospitality?
Even though on the surface nightclubs don’t look like hotels, they are in the same business. They’re both in the hospitality business; they’re both trying to look after their guests. One is a bit more civilised – hotels being more civilised – but hotels, restaurants and nightclubs all have the same goal of looking after your customers, so I think hotels were a logical progression.

What is luxury today? What made it change and how did it change?
Luxury is very different to the way it was in previous years and I think that’s rightly so. It should change; everything changes. Luxury has also changed. What has basically happened is that the wealth is now scarcer than it once was. Luxury is no longer defined by how much something costs or a business classification; it is defined by how it makes you feel. Does it lift your spirits? Does it make you feel good? It’s just a different criterion than the one left over bygone era. My parents might have based their idea of luxury on financial exclusivity or maybe some kind of financial snobbery; I think that is irrelevant today. All people care about is having an elevated experience and being treated nicely. I think luxury is defined not by how much something costs, but how it makes you feel.

What makes Public so different and unique in your mind?
I think it is visually incredibly sophisticated; it is a new kind of look and a very special kind of visual stimulation. More importantly, it is an anomaly; an oxymoron. It is true luxury but at a great price. Those two things are not joined together very often but I think if you can pull that off, it’s a really unique experience. The realisation that luxury only depends upon how you feel and whether or not you are receiving an elevated experience is key. We’re able to provide the same luxury service and same luxury experience that you might find somewhere else at ten times the price. It’s luxury that’s accessible to everybody. I think it’s good for people and it’s good for society because it is a peoples’ hotel. That’s what makes it different to anything else out there.

What does it mean to have a People’s Hotel to you?
Anybody and everybody who wants to stay there can. It’s not restricted by an arbitrary price. If you like it and it appeals to your sensibility, you have the opportunity of staying there. It’s like taking luxury and making it democratic. It’s a really important idea. It’s the opposite of elitist, but it’s still just as sophisticated. It’s making it accessible to everybody and anybody who wants it.

25 years of hotel life, what does that mean to you and what are hotels to you now vs then?
I think the hotel business is not always so responsive as to what people want and I don’t think it always leads people where they want to go. Mine it’s more of a social approach in finding out what people want and delivering it to them. That was my approach with night clubs, with apartments, and that has been my approach with hotels to this day.

What does it take for a hotel to have that right energy and sense of place?
The hotel is supposed to manifest the location it is in, the people in and around that locations and the time it is. It should manifest the social habits and be a microcosm of the best of what the city has to offer. When you are able to tap into that local zeitgeist, that is where the energy comes from. When people visit a place, they don’t want to leave it behind when they go into the hotel; they want that experience to continue. You need to keep that spirit when you go into the hotel. That is where the energy comes from.

History of a legend

Leonardo and Marzia Dainelli: equal and opposite forces

Interview with Massimiliano and Doriana Fuksas