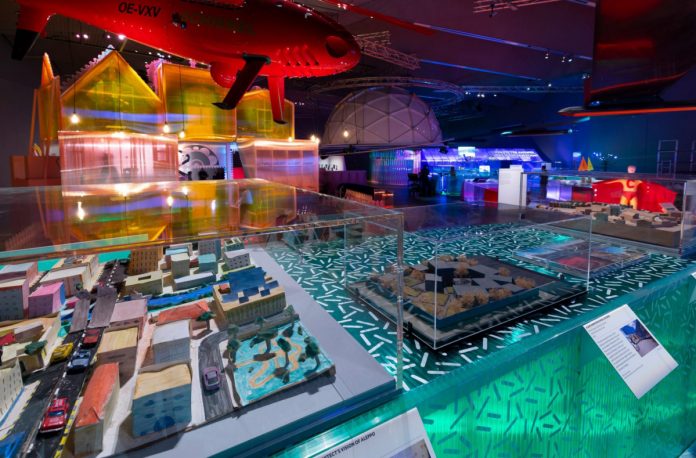 “An exciting show, full of inspiration and challenges”: this is how The Times described The Future Starts Here, the exhibition opened last weekend at the Victoria and Albert Museum in London, which aims to present a hypothetical future starting from an exploration of the bright and dark sides of today’s world through a journey made up of 4 zones and featuring 100 symbolic objects.

The curators of the exhibition are Rory Hide and Mariana Pestana, who head up the Architecture, Design & Digital team. Mariana Pestana is also the founder of The Decorators interior design studio. 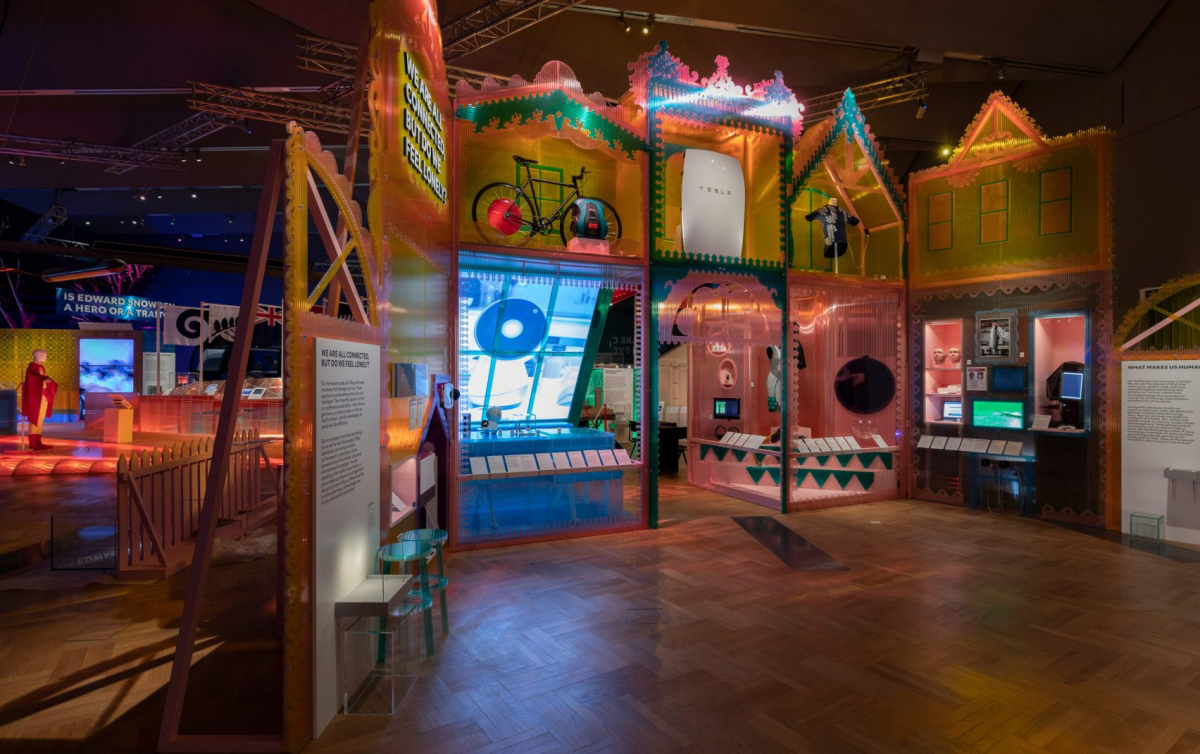 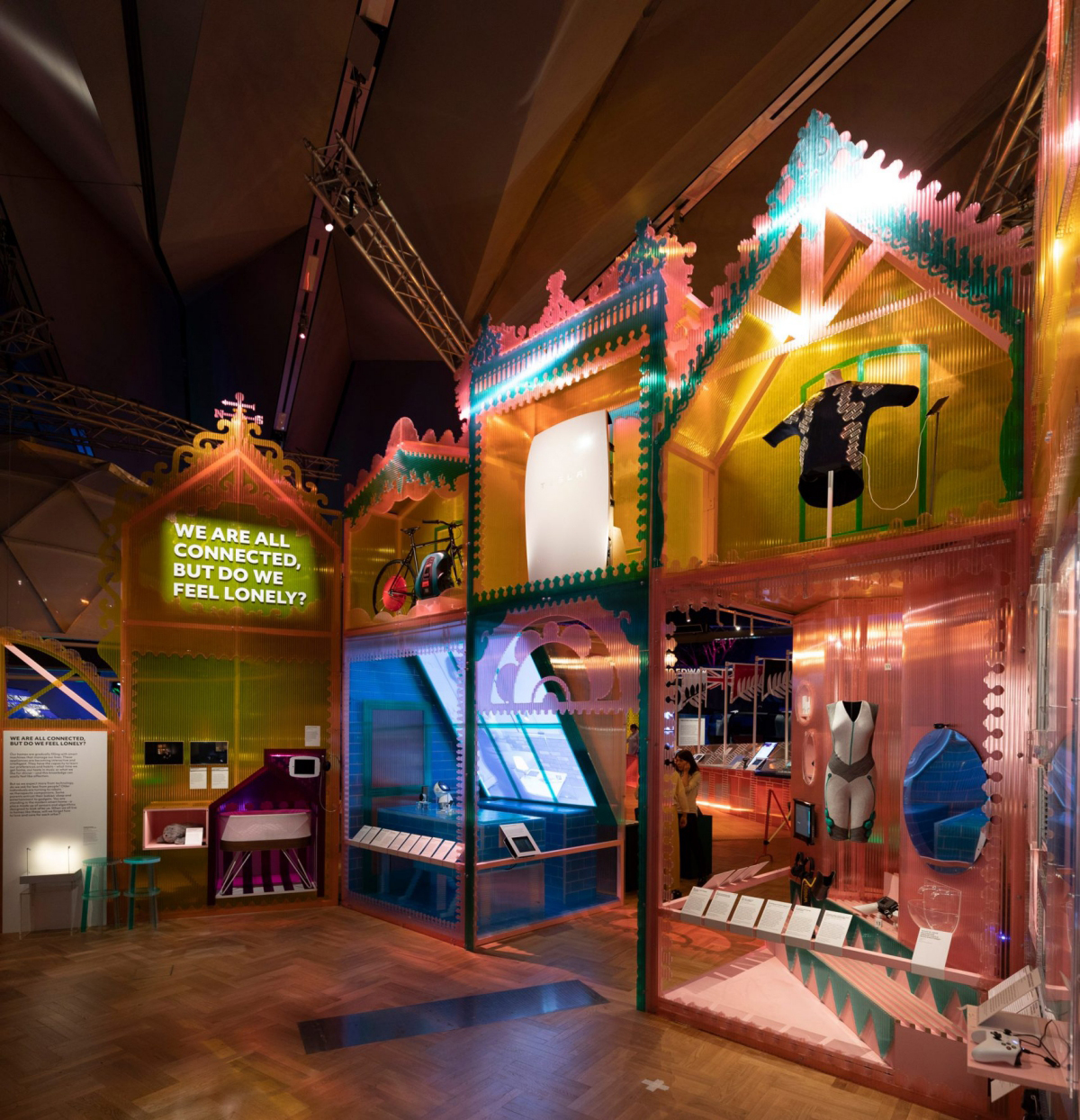 The Future Starts Here exhibits projects by large companies – such as the Facebook drone and the Foster + Partners model for the zero-emission Masdar City in Abu Dhabi – as well as designs by start-ups and artists such as the Bento Lab DNA laboratory, the oceanographic drone by Hydroswarm and the antenna network by Jalila Essaïdi.

Naturally, there is also a video on how Cambridge Analytica used sensitive data in the recent infamous affair linked to Facebook.

The 4 zones that characterize the 4 themes of the exhibition are called Self, Public, Planet and Afterlife. Spanish architect Andrés Jaque designed the interior, which is dominated by colour. 8 questions on 8 giant posters serve as a guide for visitors. 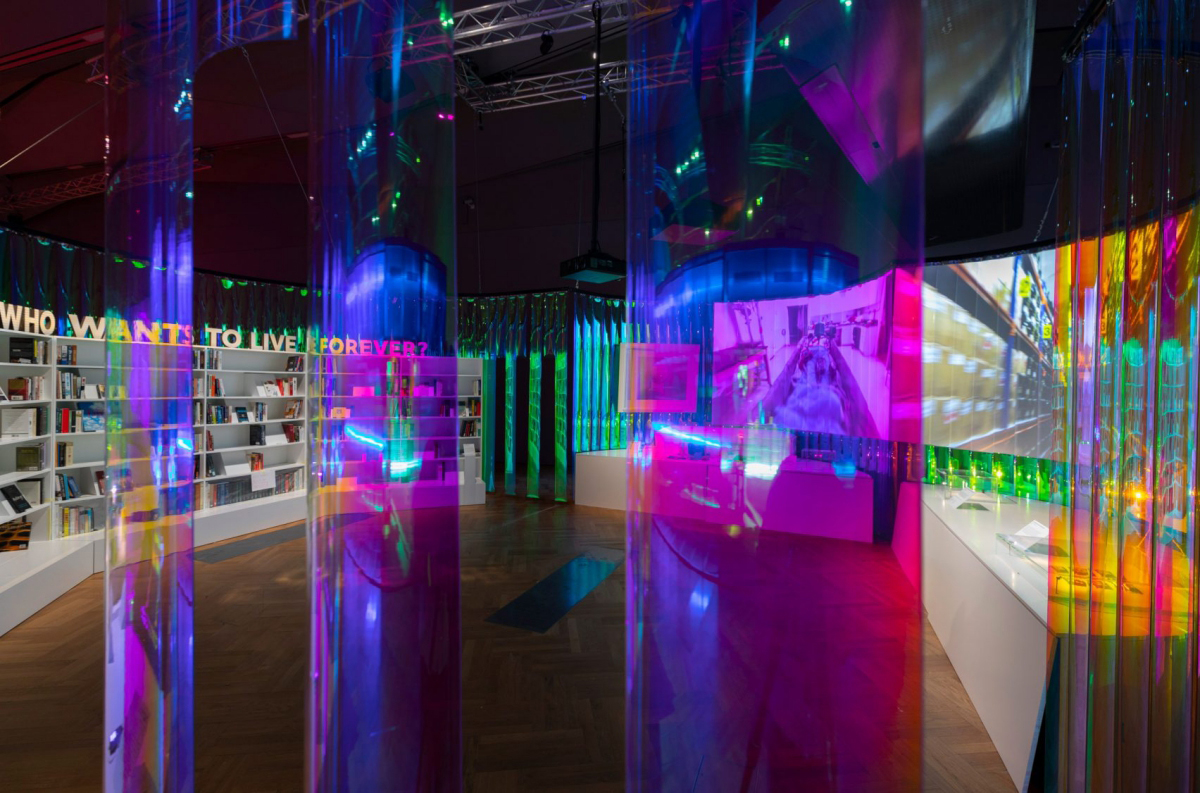 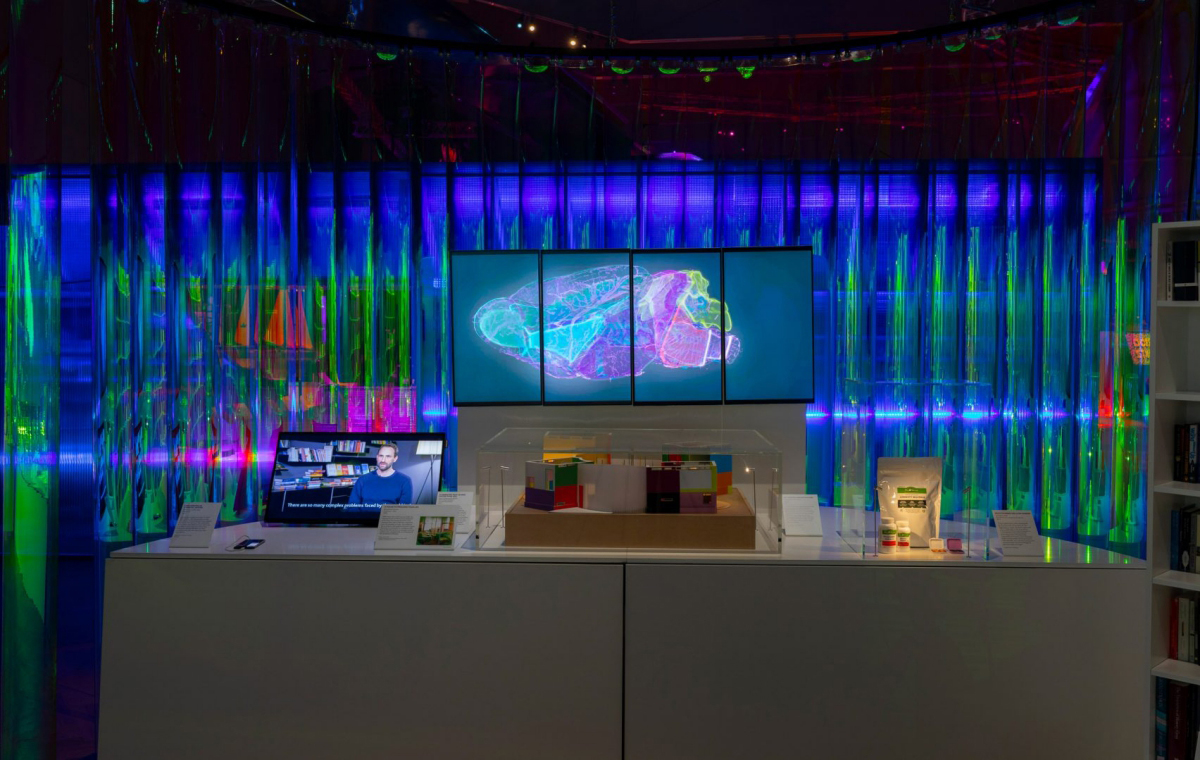 Most areas are made of brightly coloured polycarbonate panels. Pestana describes them as “contemporary dioramas”: the “self” area is shaped like a house, while the “public” area has a more open design, similar to a public square with flagpoles reminiscent of the United Nations.
A series of eight general questions guide visitors on a critical journey through the zones, such as “What makes us human?”, “Who wants to live forever?”, “Does democracy still work?” and “Is Edward Snowden a hero or a traitor?” 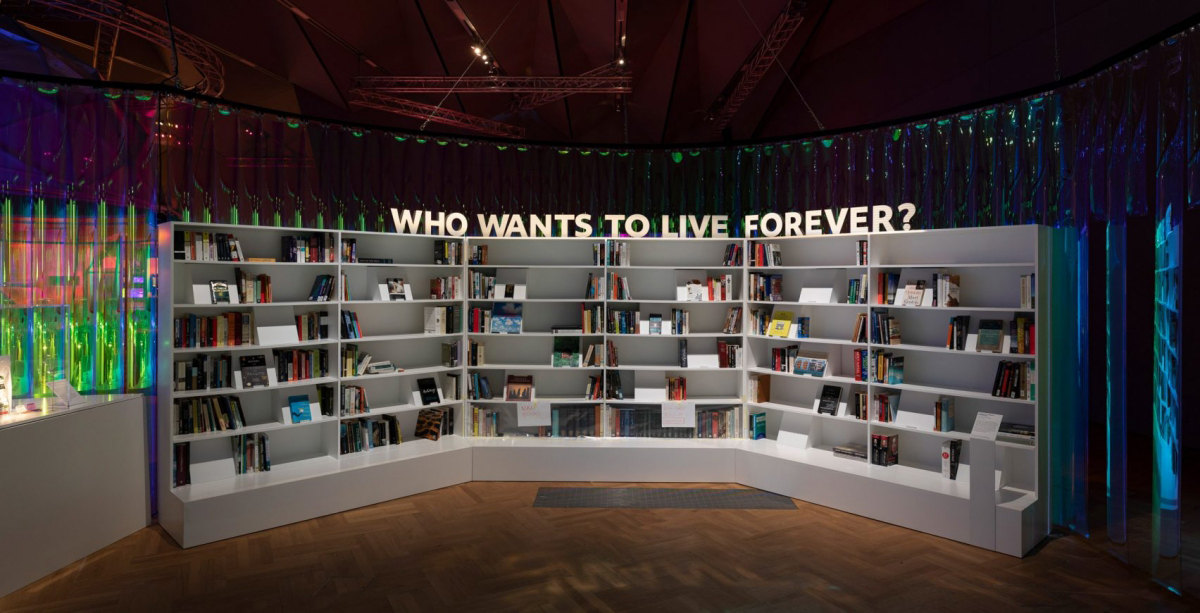 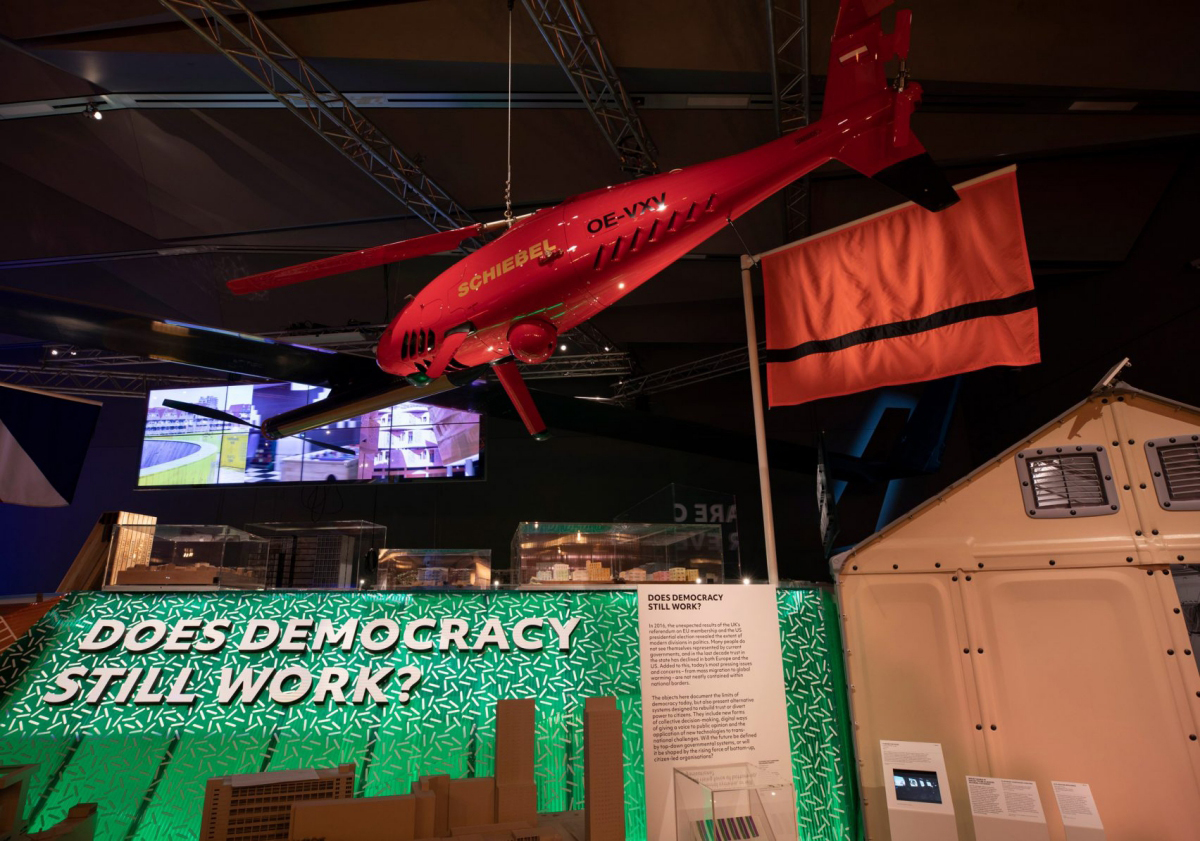 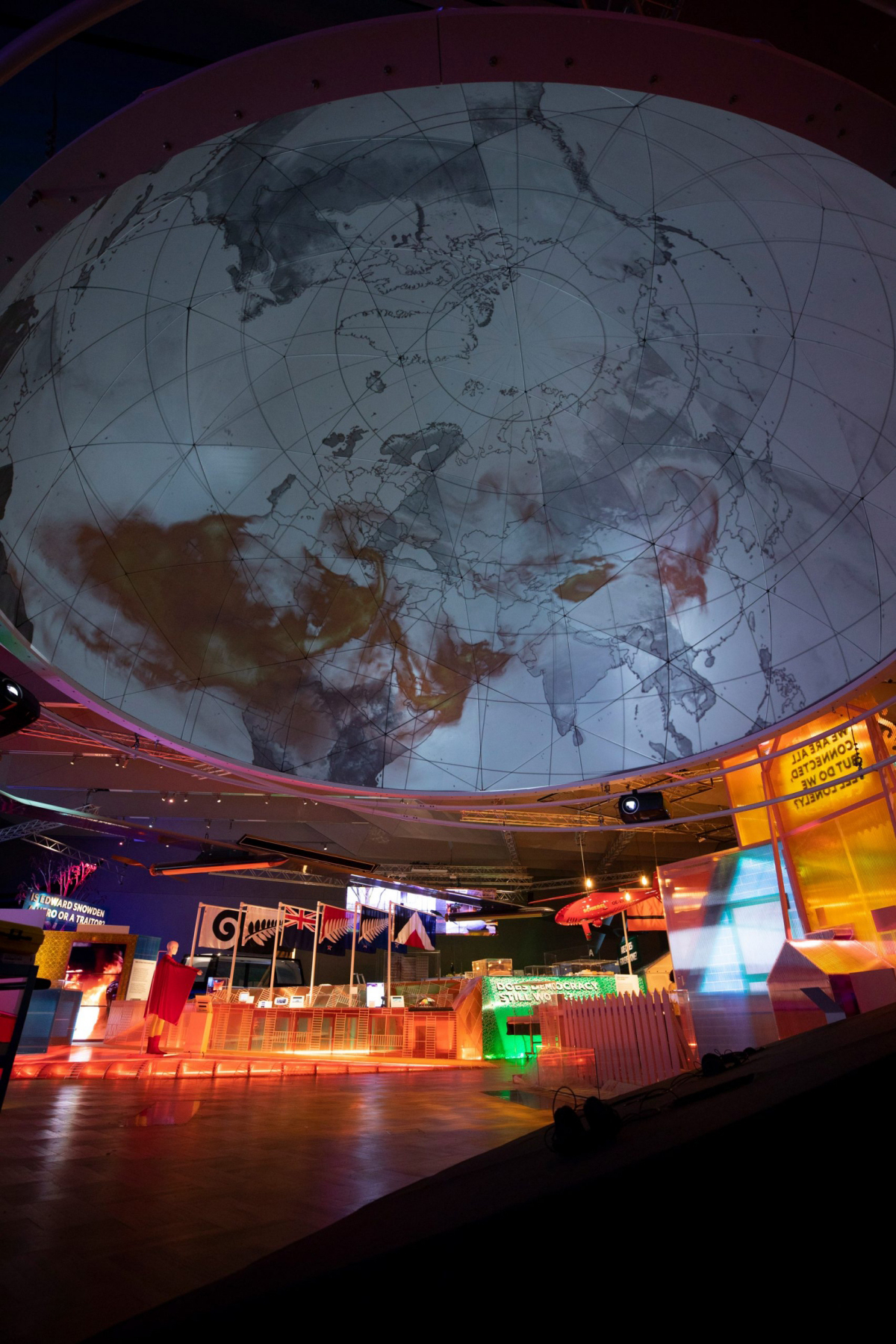 The Future Starts Here is located in the Victoria & Albert Museum’s new underground area, which was completed last year by Amanda Levete’s studio.

The ‘Respiro’ of Visionnaire