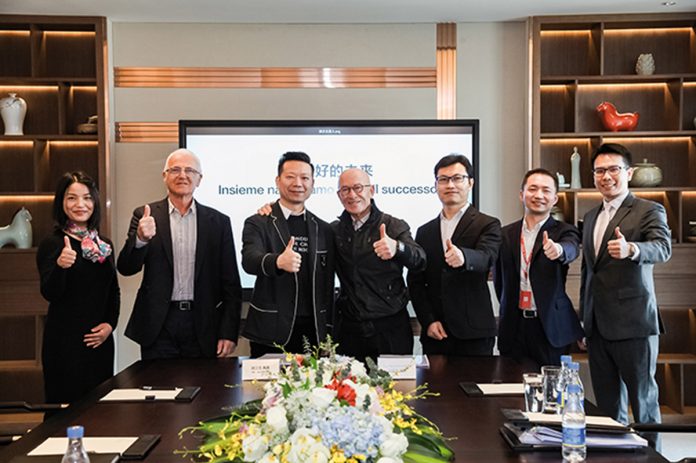 A joint venture with Kuka – the Chinese Hangzou-based giant that operates in 119 countries and boasts over 3000 single-brand stores – is the excellent solution that Natuzzi has chosen for its own strategy in the Asian markets and especially in so-called Greater China, the area that includes mainland China, Hong Kong and Macao. In financial terms, the agreement is worth 65 million euro, due to the increase in capital and sale of shares (49 Natuzzi, 51 Kuka) by Natuzzi Trading.

With this operation, Kuka permanently ensures exclusive distribution of the Natuzzi Italia and Natuzzi Editions (produced in Shanghai) brands, while the company from Santeramo in Colle establishes itself within a giant trade system that increases its intrinsic value and market value.

The story of Kuka (the company is in fact called Jason Furniture) resembles that of many Italian furnishing companies: it started in 1982 as a simple carpenter’s shop and gradually transformed the skills that it acquired into marketing tools, becoming one of the most important players in today’s Chinese padded furniture industry.

Natuzzi, which is still the most recognized Italian lifestyle brand in the world (a study was carried out in 2016 by Ipsos Observer) and which will celebrate its 60th anniversary next year – is continuing its policy of international expansion, which has brought it to the most important international markets with 12 commercial offices to support a widespread retail network.

Gruppo Natuzzi has been listed on the NY Stock Exchange since 1993.

Welcome to the Italian experience!

The American dream of Poltrona Frau