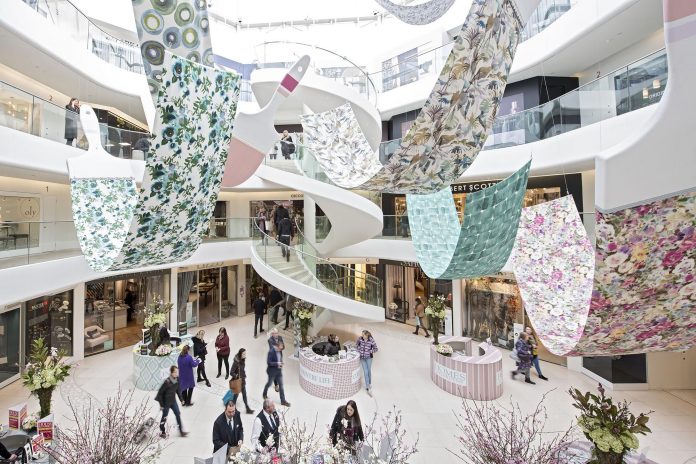 London is home to an inspiring location, the right place to go to find perfect and trendy home furnishing ideas. The Design Centre is a round, four storey building inundated with light in the heart of Chelsea Harbour, whose centre is animated by giant coloured brushes suspended in air and which fluctuate between one floor and the next. London Design Week 2018 has just drawn to a close here, dedicated to the latest furnishing and interior design trends, from Sunday 4th to Friday 9th March.
It was characterised by a rich programme of events: meetings with designers in the form of design Conversations, such as the one organised by Victoria+Albert Baths featuring the London firm 2Lg, founded by Jordan Cluroe and Russel Whitehead. There were also Meet the Maker events: meetings with artisans, such as the live demonstration on passementerie, hosted in the Jason D’Souza showroom. There were also flower workshops with the famous Reb Van Elden, the top British florist whose clients include the likes of Sir Elton John and Pierce Brosnan and who also creates floral decorations for royal ceremonies and celebrity charity initiatives. Flexform was undoubtedly one unmissable exhibitor: the company was originally founded as an upholstered furnishing company in Meda in 1959 and has since developed an all-round home furnishing offer. At Chelsea harbour it has conquered a considerable number of square metres, doubling its exhibition space since last August, making it one of the most spacious showrooms in the Design Centre. The brand is still family run and has created domestic sets complete with sofas, side tables, ottomans, armchairs, beds and bookshelves, for complete home furnishing solutions. Groundpiece is the most coveted piece by English architects, the best-selling sofa designed by Antonio Citterio in 2001 which has remained actual and modern, versatile and effortlessly insertable into even the smallest apartments. Adda, also by Citterio, roused considerable public interest. The sofa was launched last year, on occasion of Salon del Mobile, Milan. The spacious showroom means that Flexform has also been able to display its Mood range, with a coordinated set featuring marble side tables matched with sofas and paintings. On the first floor we have Porada, with a large marble table in the showcase. At Porada, the spotlight is on wooden furniture, in celebration of the company’s supreme know-how in solid wood creations. There is also wooden boiserie covering the entire wall, for warmer home interiors, along with an “xl” format round mirror which personalises interiors and manifests itself as a smart expedient for the visual enlargement of spaces. Let us move on to Poliform: the company’s mini corner features a lounge where professionals are met before being accompanied to the larger store on King’s Road. Poliform hosts Phenomenon Lights, glass lamps by the Czech company Bomma: large-size pastel colour triangles, circles and ovals which become sculptures for the embellishment of indoor areas. Let us conclude with some objects of interest: Giorgetti’s deluxe wooden, crystal and leather table football, the Duck Feet Lamp by Porta Romana which pay homage to surrealism, and the bath tub with chalice holders by Victoria+Albert Baths, for romantic, bubble-filled moments. A final, sweet note: gourmet corners scattered all around the Design Centre, where visitors can stop for some tea and a slice of carrot cake. 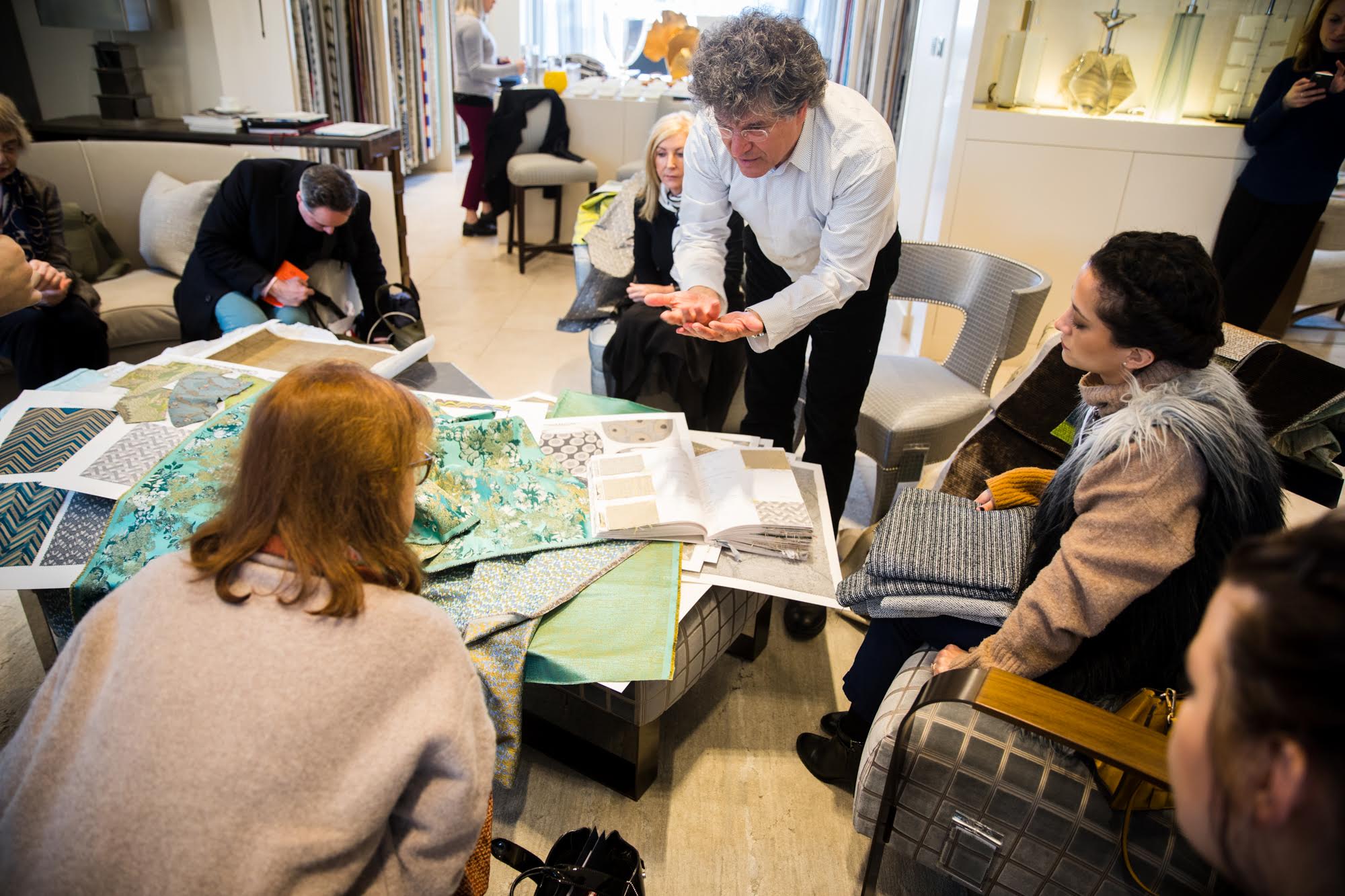 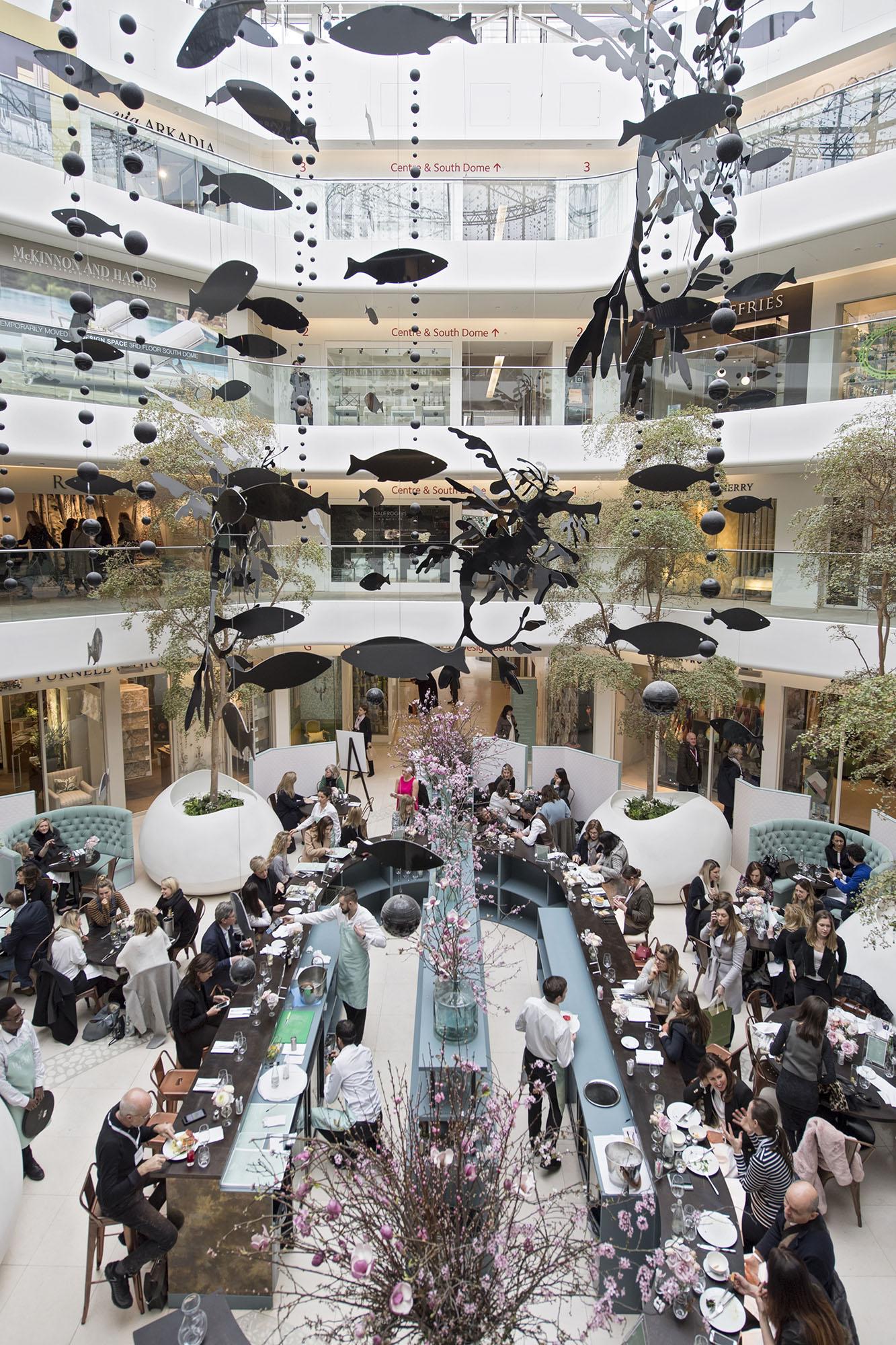 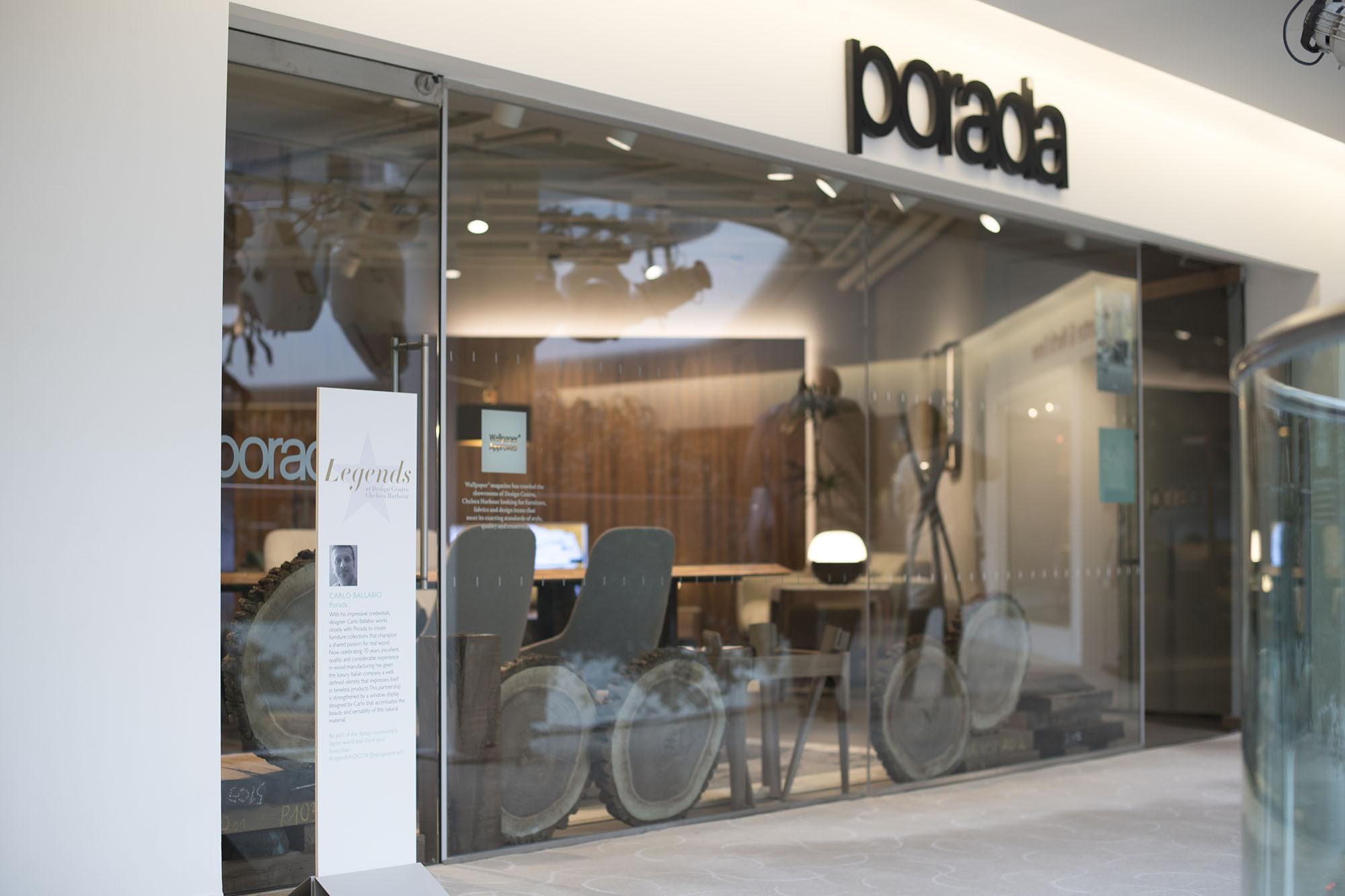