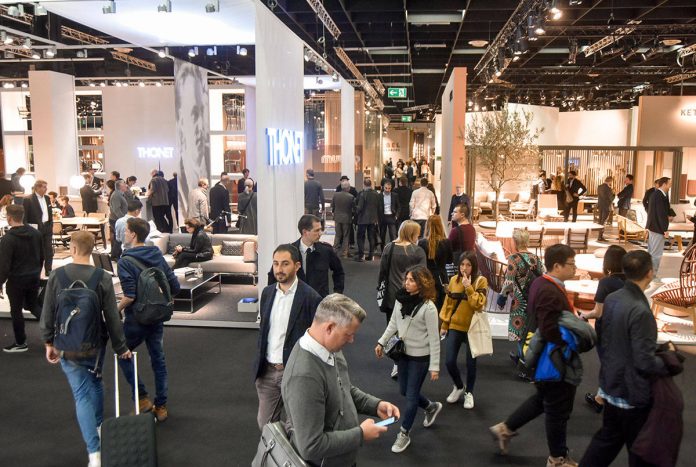 125 thousand visitors from 138 countries. Numbers which convey the exceptionally international scope of Imm Cologne, whose 2018 edition has recently closed with extremely positive results.
There has been an increase in the number of exhibitors (over 1200, of which 70% from abroad) as well as specialised visitors, constituting 50% of the total (compared to 46% in 2016).

Particularly noteworthy names featured along the corridors of the Koelnmesse exhibition centre. From specialised retailers, many from 30 of the top store chains, to e-commerce giants such as Amazon, Otto Group and Wayfair, not to mention the delegation of 80 design-focused furnishing centres from the USA and Canada, including Luminaire from Miami and DDC from New York.

The trade fair’s success is directly linked to its offer, which this year exceeded all expectations with an all-round orientation embracing the lighting, bathroom and surfaces sectors in the original Pure Architects pavilion, featuring brands such as Antoniolupi, Florim Ceramiche, Inkiostro Bianco, L’invisibile and Londonart.

“Undoubtedly, the editions on the even-numbered years of imm cologne have shown that we are at the height of a positive moment for the furniture industry – commented Thomas Rosolia, CEO of Koelnmesse Italy, at the end of the show – these were very intense days and in the conversations with the many Italian exhibitors we recorded a tangible satisfaction with what happened in Cologne. The exhibiting spaces of Italian companies were full of news and carefully arranged: this suggests an encouraging new year start for the furniture industry.”

The event returns to Cologne on 14th January 2019.

Not only business in Singapore

The two faces of style