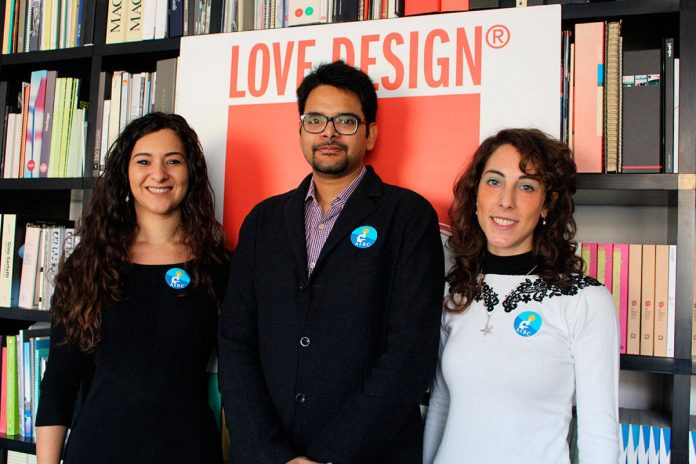 Love Design® has returned with a successful eighth edition, celebrating “good design” and the values of originality, authenticity and innovation. The event was promoted by the Lombardy Committee of the Italian Cancer Research (AIRC) and the ADI, which has been a supporter since the very first edition.

The event aims to contribute to a good cause by supporting scientific research, with three youngsters winning three-year scholarships – financed by funds raised by the event – at the 2017 edition. The three are Pal Koustav, who has a degree in Biotechnology from India’s Amity University, Irene Schiano Lomoriello, who graduated in Biology from Federico II University in Naples, and Rossella Scotto di Perrotolo, who also studied at Federico II, earning her degree in Biotechnology.

After 4000 design pieces from the most prestigious brands in the sector were showcased during Love Design®, with the 14,000 lottery tickets sold raising around €230,000 for cancer research. The three young researchers will work at the FIRC Institute of Molecular Oncology (IFOM) and the European Institute of Oncology (IEO), both in Milan.

Behind this team effort is a multitude of faces who all share one, grand objective: to make cancer a more curable disease. In addition to support from the AIRC and ADI, 61 companies donated over 4000 objects to the event, while 56 partners, nearly 200 volunteers, the media, the City of Milan and 15,000 visitors all played their part.

The ACI and AIRC also promote the Guarire con il design [Curing through design] competition, which runs every two years and aims to encourage the design of products, product systems, services and social and communication initiatives designed to improve interpersonal relations during periods of illness and treatment. The first edition of the event will draw to a close on 30 June 2018, with the winners to be announced in the autumn.

Courmayeur: a city of design, more than ever

Comfort by Borzalino at ICFF