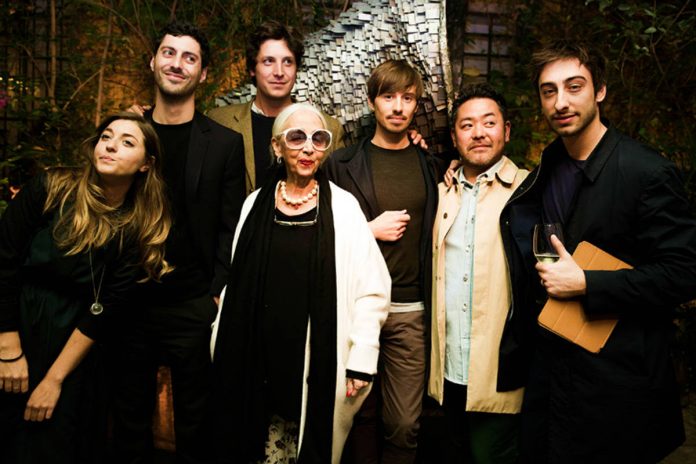 Six designers born between 1977 and 1991, at the start of their career in Italy and abroad, have been selected and nominated by six eminent Italian exponents of the international design scene, inspired by first-hand experience or elective affinities. Andrea Branzi does not personally know Federica Bias, a creative consultant who completed her education in Milan and Amsterdam, but he singled her out for “her essential design with “poetic” allusions which confer small yet extremely precise messages”. Rosita Missoni nominated Marco Lavit Nicora because she was “struck by the lightness of his works, despite a palpable grounding in classical design”. Federica Biasi has since returned to Italy after her experience in the Netherlands, whereas Marco Lavit Nicora lives and works in his own Paris-based atelier, following experiences with Riccardo Blumer and at the architecture firm LAN.

Federico Peri, presented by Luca Nichetto has also been profoundly affected by the French capital, which has played a fundamental role in his cultural and professional development. He now designs furnishings and interiors from his studio in Milan, in collaboration with FontanaArte and Nilufar among others. “In his work I see a natural propensity for conceiving products which are always linked to the creation of an experience”.

Rossana Orlandi and Guglielmo Poletti first met at the Eindhover Design Academy Graduation Show, where the designer continues to live. According to the gallerist, his work, including the series Equilibrium, distinguishes itself in virtue of a “simplicity taken to extremes, to the point of becoming a characterising and intrinsic element”.

Giulio Cappellini and Piero Lissoni made their choices on the basis of professional collaborations. Kensaku Oshiro, born in Okinawa, Japan, graduated from the IED, Milan and collaborated with Lissoni Associati from 2004 to 2012. His Milan-based studio has completed projects for Boffi, De Padova, Gan, Glas Italia, Kristalia, Ligne Roset, Poltrona Frau, Viccarbe and Zanotta. Lissoni explains how his work “represents the bond between simple/complicated Japanese culture and complicated/simple western culture”.

The youngest of all six nominees, Antonio Facco was born in 1991 and was first noticed by Giulio Cappellini when evaluating 2013 graduation projects at the IED, Milan. Together they went on to create exhibitions, stores, communication projects and in 2017, the Luce collection of glass tables. “His projects are never predictable because he uses a blend of mental research processes and sensitivity”.

IEG: SIA Hospitality Design on the evolution of hotels