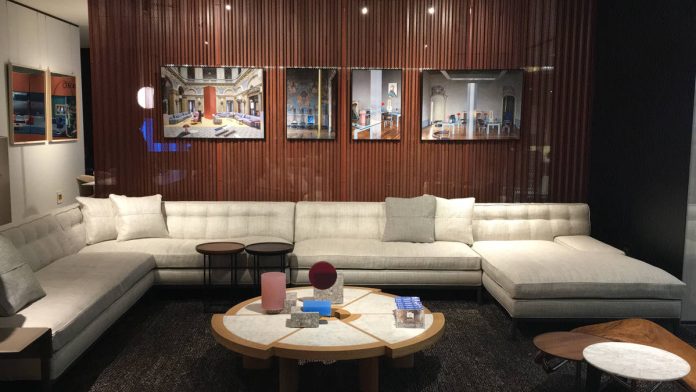 The This Will Be the Place world tour continues! Released by Cassina to mark its 90th anniversary, the book – which explores modern social behaviours and their potential impact on the future of interior design – has already visited Milan, London and Paris for their international design weeks and has now added China to that list.
Two events were organised at the company’s stores in Shanghai and Beijing to promote the book, with Chinese architect Zhao Yang making an appearance too.

The first talk took place on 23 November at the Cassina showroom in Shanghai, which opened its doors a year ago, while the second was held on 25 November as part of the inauguration ceremony for Cassina’s brand-new 350m2 mono-brand store in Beijing, which is being launched in collaboration with local partner Classic Living.

Zhao Yang, who contributed to the book, spoke about the ideas he put forward in the chapter entitled “Back to the Roots”. Yang discussed the rediscovery of rural customs and return to nature that has occurred as traditions have been eradicated, pinpointing the overwhelming use of concrete in urban centres as one of the main reasons why society has lost its identity. According to Yang, the only way to guarantee a sustainable future is by respecting the traditions and meanings inherent to places. This vision has nothing to do with nostalgia – it is, instead, about building up a profound understanding of the past in order to look to the future.

Inside the two showrooms, the brand’s warm, inviting displays are framed against a stunning backdrop of photographs from the second section of the book, where the interviews conducted with figures from the international architecture and design scene contained in the first section are brought to life in five photo shoots featuring Cassina products. There is even a “Back to The Roots” shoot, in which Cassina translates Zhao Yang’s ideas into visual form.

Next up for This Will Be the Place is a trip to Miami, where it will be presented at the new Luminaire Lab2 showroom on Wednesday 6 December as part of Art Basel Miami. This must-not-miss event will include participation from Cassina art director Patricia Urquiola, Felix Burrichter, who edited the book, and the designer Konstantin Grcic, who is featured in its pages.